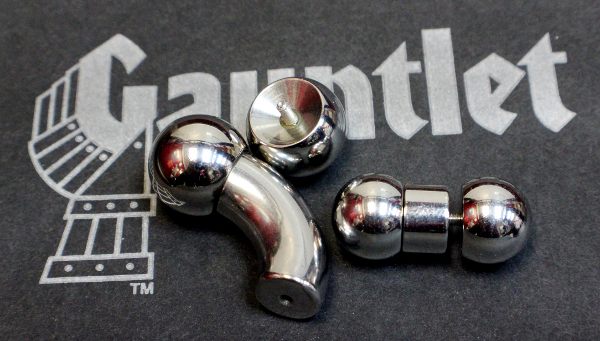 In the beginning, there was one main manufacturer: Gauntlet. Originally, gold was the predominant material for jewelry used for initial body piercings. According to Jim Ward (Running the Gauntlet, pg. 35), “There was an interest in stainless steel as a material for piercing jewelry”, but due to his lack of knowledge or experience with it “every piece was either gold or silver”. Many people used standard earrings, but the sizes were limited. These were primarily ring styles – captive bead and fixed bead. There were other individuals making specialty jewelry, but acquiring a piece required knowing someone. The first jewelry catalogue from the Gauntlet is dated August 15,1976 and includes many styles of jewelry we still see in use today such as the aforementioned bead ring. In fact the currently popular septum retainer was also a Gauntlet innovation. 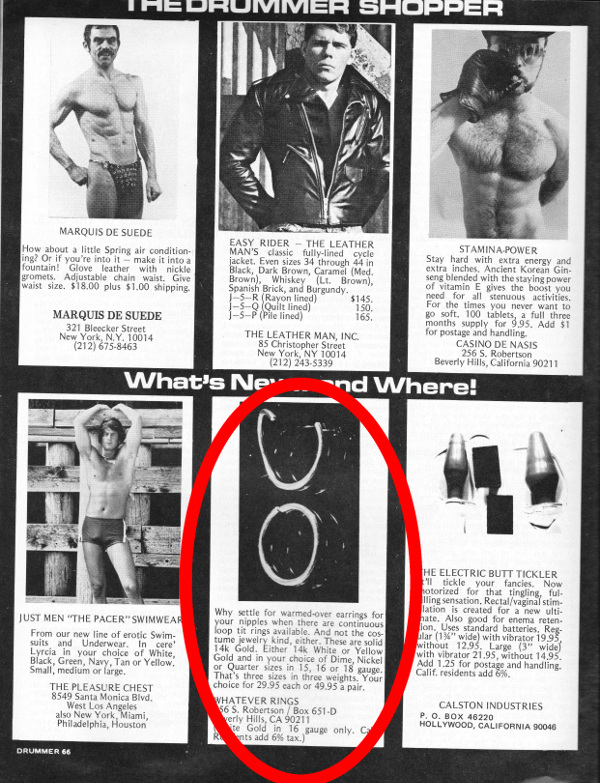 At the time Gauntlet began business in 1975, the only stainless steel jewelry manufacturer of note was Spain’s Custom in Lawton, Oklahoma. It was the jewelry favored by early pioneer Sailor Sid. Although the quality was acceptable, at least by the standards of the time, some objected to the stiffness of the unannealed rings and chose not to offer these products to their customers. Spain’s barbells were also externally threaded. Spain’s Custom advertised in PFIQ until the time Gauntlet began manufacturing and offering stainless steel jewelry of its own in the early 1980s.

Ray Spain, the owner of Spain’s Custom, suffered from back problems which eventually became so severe that he was forced to close his business. Sailor Sid purchased the equipment and began manufacturing jewelry under the name Silver Anchor.

The internally threaded barbell is credited to Tattoo Samy from Frankfurt, Germany. Over the years, Jim Ward expanded on this, not only manufacturing straight, but also curved and circular barbells. Other companies came and went in the beginning, but Gauntlet remained the staple for many years. Early barbells had no countersink (see image a).

The ‘80s and ‘90s saw a rapid influx of jewelry manufacturers. According to Shawn Porter (SPC, BME), the ‘80s spawned companies like Pleasurable Piercing, Toucan (for gold), Wildcat in the UK, and Silver Anchor (formerly Spain’s Custom).
In the late ‘80s, John Donoghue founded Wildcat, a wholesale manufacturer out of Brighton, UK. During the ‘90s they were the largest supplier of body piercing jewelry in Europe.

In 1990, Josh Warner also brought us Good Art and their whimsical, sometimes over the top advertising. In 2002, they rolled out what was to be their fine jewelry line. By 2005, they rebranded themselves as Good Art HLYWD and ceased production of body jewelry.

Unfortunately, the ‘90s also brought us a proliferation of body jewelry from Asia and the birth of the “cheap piercing”.

In 1993 Venus by Maria Tash was brought into the mix. Originally only making steel and niobium captives, she moved on to gold designs in 1994.

In 1995 LeRoi opened its doors in upstate New York and Body Vision Los Angeles in, of course, Los Angeles, California.

1997 brought us two companies, Intrinsic Precision and NeoMetal. Intrinsic was opened in San Francisco, California and has been the sleeper of the body jewelry world. Putting out high quality jewelry, they have flown under the radar until recently. Now they are sought after with a long list of piercers waiting for the opportunity to buy their products. NeoMetal, a small company from Concord, California, created something that would eventually stand the piercing community on its proverbial ear: threadless jewelry. In February 2004 they moved to Washington and the threadless movement continued to grow and thrive. 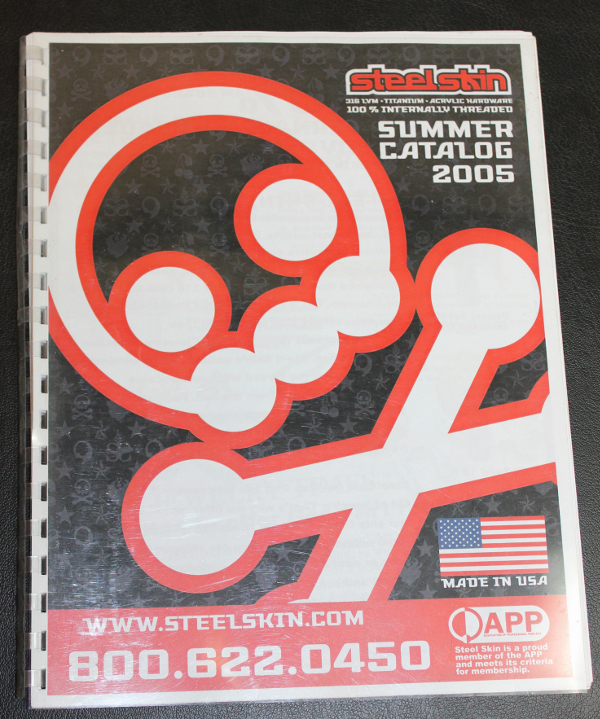 1999 brought us Steel Skin, fusing implant grade steel and titanium with dental acrylic ends. In February 2007 Steel Skin was sold and moved to Louisville, Kentucky. They eventually closed in 2010.

In 2002 Gorilla Glass opened in Oaxaca, Mexico fusing traditional and modern designs in glass and obsidian.

While this is by no means a complete timeline of body jewelry manufacturers, it does however highlight, in my opinion, the top (American) companies that made significant contributions to the body piercing world. While I know this list could be MUCH longer, I chose to focus on the companies that produce(d) jewelry for initial piercings.

Authors note: I would like to thank Barry Blanchard, JD Lorenz, Josh Warner, Maria Tash, Sue from Neometal and Wickert Beasley for their prompt responses to my questions on dates. Also I would like to thank the rest of the companies that put a timeline on their websites that made my list much easier to compose.