“I don’t want the dark canvases. They take away half your skill set.”

You’d expect a little more of the proverbial throat-clearing when a contestant on a nationally televised program dismisses an entire swath of the population based on their skin color. Yet, this comment, specifically singling out people of color and portraying them as somehow undesirable, aired on Spike’s Ink Master with barely a blink from the viewing public. 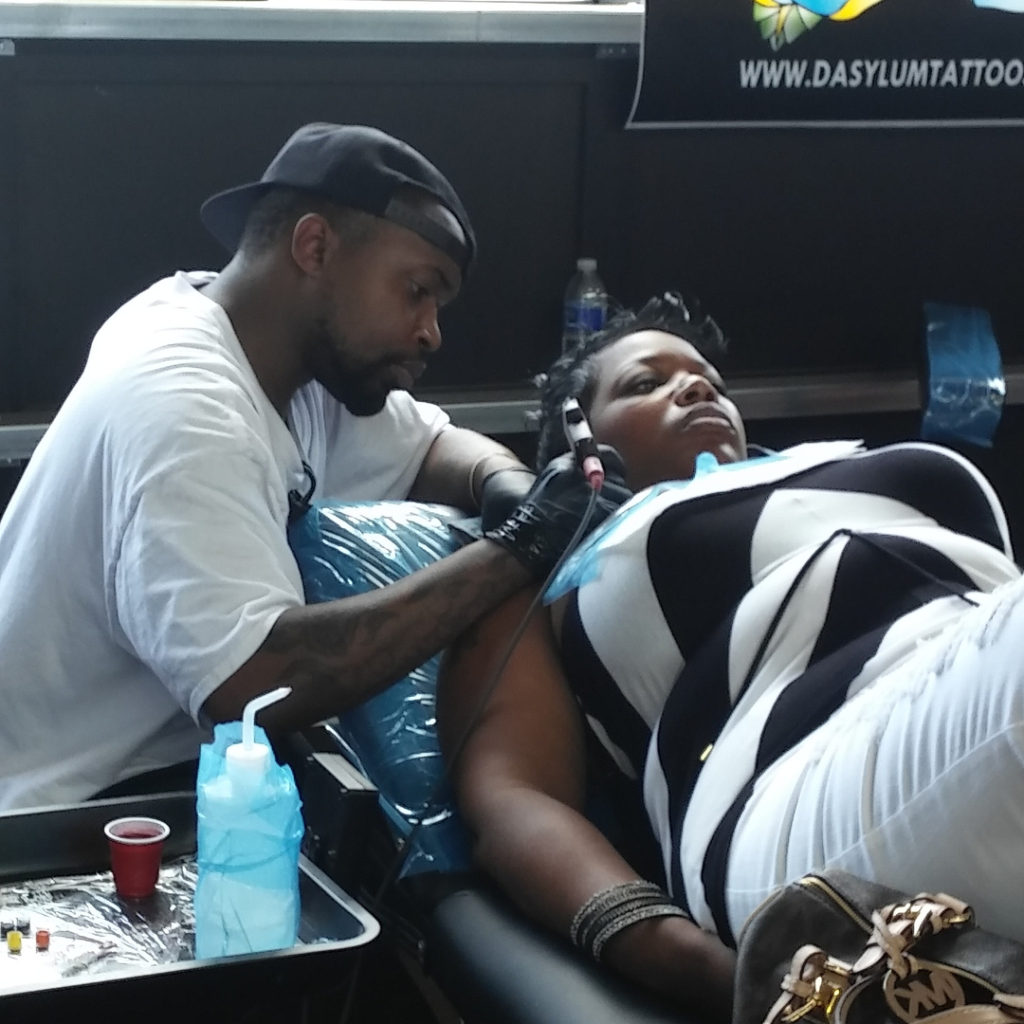 Perhaps, the use of the word, “canvas,” to refer to an actual person helped to create the disconnect needed to make the comment more palatable. That’s not a wild suggestion. Just try reading the opening quote, but instead of “canvases,” say “people.” It falls off the tongue a bit more awkwardly, doesn’t it?

Be that as it may, this general attitude has become pervasive in tattoo culture. A trade, the roots of which can be traced back almost exclusively to people of color has become one that all but excludes them.

But before you get your Clorox-treated undergarments in a twist, understand this: No one is crying racism, at least not within these pages. What is being suggested, however, is that maybe, in our evermore inclusive society, an artist who openly concedes that he struggles with the challenges of pigmented skin shouldn’t be considered a “master.”

It’s a sentiment echoed by both Mike Burnett and Jason Phillips, and it’s their primary impetus for starting the Detroit Black Tattoo, Art and Music Expo, AKA, BTAME, a convention in the old Motor City that will be celebrating its third year running this July. 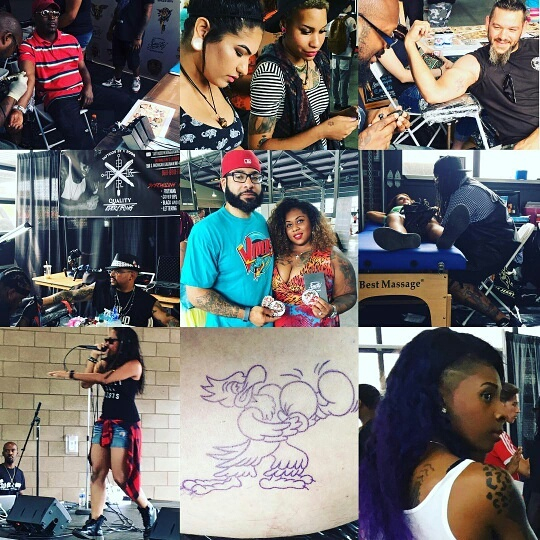 “If you’re a master, you should be able to work on all types of skin,” Jason states unapologetically. Mike chimes in next.

There is no anger in their voices. In fact, as we wade through the nuances of the topic, the most prominent sounds are laughter. They make it clear that theirs is not a closed fist, but an open hand.

“We’re not omitting anybody,” Jason clarifies “. . . If you are any race and you have experience working on black skin, you’re welcome here. It’s not just for black artists.

“In fact,” he later adds, “most of our attendees aren’t black.”

This is the point where one could imagine the knee-jerk reaction from white America, namely the talking heads in conservative media who perpetuate the narrative of a white culture under attack (cue Hannity): “Why does it have to be black?”

“It’s the black conservatives too,” Mike cuts in, correcting this writer’s assumptions. “Don’t just think it’s one side of the fence. That’s why we don’t play the race game in this . . . When we use the term, ‘Black,’ that term does something to people, period. It shakes people. It wakes you up. It makes you pay attention . . . So, a lot of folks, when we first started, were asking us the question, ‘Why black?’ And we were like, ‘Why not?’”

If it wasn’t already made clear, however, BTAME wasn’t formed in reactionary mode, nor was it intended to be a rebuke. It’s an outreach, a reminder to the world that art is beautiful, and that art can be applied to skin of any shade with the right techniques. As a person of color himself and the owner and primary artist at the Detroit Ink Spot, Jason has those techniques on lockdown.

“Nine times out of ten, from my experience, you get fewer passes on melinated skin. The darker the skin, normally the more sensitive it is, so you can’t do more than five or six passes before you blow it out. It’s just a little more delicate. . . I like to stick with hot colors . . . you know, your red, your oranges, your purples . . . If you print that, I want a cut.” He laughs as he finishes off his thoughts and Mike joins in. 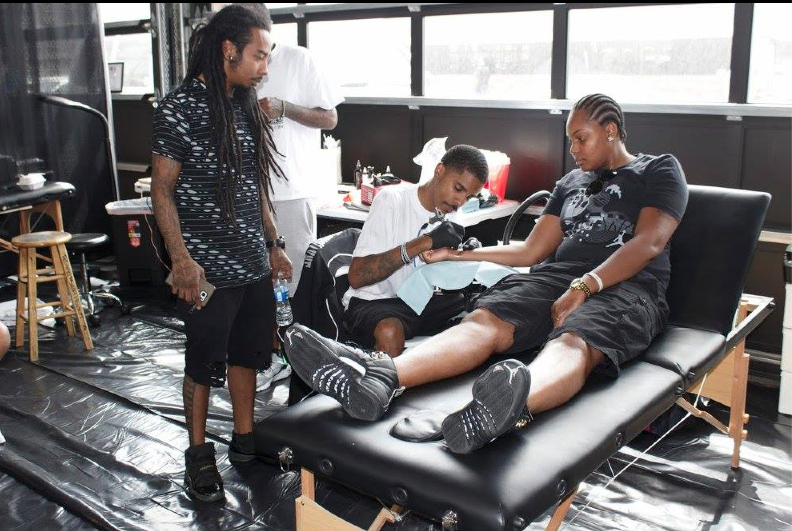 “That’s off the record. OFF the record!” His contagious laughter peaks as he blurts out the words.

For anymore insight than what’s been given, you’ll have to come out to Detroit the 21st and 22nd of this upcoming July and experience the expo for yourself. But don’t just expect tattoos. Expect fine art. Expect amazing music. Expect an eye-opening experience that will leave you picking the gravel out of your jaw after it’s hit the ground.

But with upwards of 15,000 attendees reported last year and more expected this round, Mike and Jason need more than just more feet on the floor. They need partners. As the newest kids on the expo block, they’ve had to face the hard reality that most of their potential sponsors are already tied up in exclusivity agreements with other shows. If you’re doing business in this space and want to expand your brand, consider this an invitation, no matter your skin color.

“We welcome any supplier that wants to come on board,” Mike says in closing. Jason repeats for emphasis.

“Any business. Any supplier.”