What Firsthand Experience Has Taught us About Tattoo Infections

“I’m 41 years old and I’ve been getting tattooed since I was 17. I have tattooed pretty much every area of my body. Uncomfortable places, sensitive places, places that people have weird reactions to; I’ve basically marked every part.”

Jenn’s not exaggerating. She collects tattoos like a kid in the late 80s would have collected baseball cards and she does it with uncanny tenacity.

“My average session is about six hours minimum,” she states as a matter of fact.

But no one is completely impervious to infection, a fact that she learned the hard way in recent weeks, for the first time in her near quarter century of putting needle to flesh. There was nothing out of the ordinary about the experience initially; just a routine visit to the parlor to get a new piece on her upper leg, just above the knee. But a week later, she found herself in the hospital with a severe staph infection. 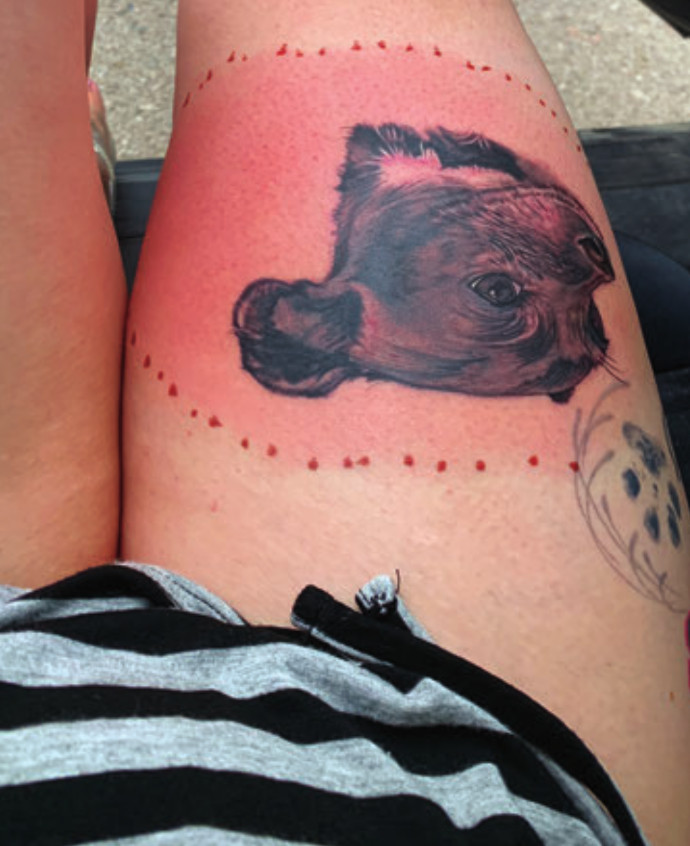 “My immediate reaction was to blame the artist,” she admits, a touch of shame in her voice. “Just 100%.” There are layers to the shame. First, as PAIN Magazine’s primary representative, the last thing she wants to do is paint her colleagues in a negative light. Second, the artist in question was a long-time friend with whom she had undergone multiple sessions already. The assumption that he’d slacked on safety protocols felt like a betrayal.

Nonetheless, it was her natural inclination and not all that uncommon among those who’ve suffered the same fate.

For years, we’ve been warned by medical professionals and concerned parents of the dire potential consequences of joining the ranks of the marked. “It’s not worth the risk,” they would tell us. “You never know when the artist might cut corners and reuse needles to save a buck.”

While an open wound—and that’s basically what a fresh tattoo is, regardless of how beautiful—always poses the risk of complication, anyone working in or around this space knows the generalizations highlighted here are preposterous. An artist’s livelihood is at stake every time they press the needle up against skin. No true career artist is going to risk everything to shave a few points off their overhead.

This fact was reinforced for Jenn at the hospital. “’Slow your roll,’” they told her. “’There are several factors here. You can get a staph infection from cutting yourself on a tree branch if you’re susceptible to it, if your immune system is low. There are just so many things that go into it.’”

Jenn, being the fearless human canvas she is, decided to do an experiment, using herself as a guinea pig. Once recovered from the first disaster, she went to another artist and had her other leg tattooed, practically in the exact same place. It happened again.

“That’s when I knew it wasn’t the artist,” she recalls. “It was me. My body.” From the input she received at the hospital, she concluded with a degree of certainty that her situation arose from chronic circulation issues in her legs. It hasn’t swayed her passion for the art, though.

“I’m fixing the problem,” she says, “doing more squats, walking more—I now have a stand-up desk in my office. I love tattoos. They make me happy. I don’t want to lose my happy if I can just fix the problem on my end.”

“But,” she adds, “the lesson I think people should take from my experience is this: Don’t be so quick to blame your artist.”

Jose Pena, owner of Xtreme Tattoo and Piercing in Sheffield, Ohio, concurs—and not just because he’s a tattoo artist. He had an infection experience of his own at the age of 16 that nearly claimed his life.

“I didn’t want to wait to get tattooed,” he recalls. “So, I got this ‘stick and poke’ at a house.” It only took a day for him to regret the decision. After coming down with a fever of 105.6, he was rushed to the hospital, where he was diagnosed with a rare strain of spinal meningitis and held for close to six months. “I don’t remember much of it,” he says.

What he does remember, however, is the surprise he felt at the doctors’ assessment.

“Even though I told them I got it from a house, they told me, ‘Well, you probably didn’t get it from the tattoo itself. It was the open wound.’” In retrospect, that conclusion makes sense to him. “The tattoo wasn’t wrapped, wasn’t cleaned,” he continues. “And the night I got the tattoo, I ended up passing out on the floor. What they believed was the infection was on the carpet and it transferred through that open wound.’”

Now a tattoo artist with his own thriving shop, that memory has served as a constant reminder of not only the dangers of cutting corners, but equally, the importance of proper aftercare and how the health of the client factors in. What it obviously didn’t do was deter him from pursuing his passion for the trade.

“I was just like, ‘Well, I learned my lesson. Not gonna get a fucking tattoo in a house anymore.’ but it never took me off the path of learning how to tattoo.” 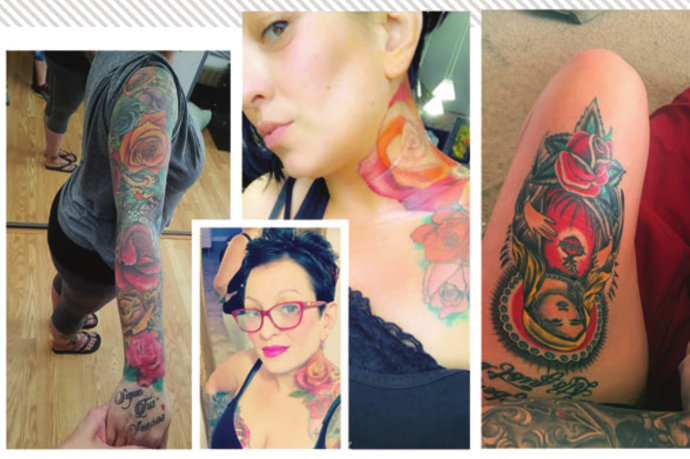 However, while experience has taught both Jenn and Jose not to jump to conclusions about the artist or the process itself, it’s not a lesson the average client has learned. Complicating matters further is the tendency of many of clients to bend the truth about their aftercare regimen to save face with the artist. The result: Artists are left to defend themselves in the lopsided court of public opinion, where the notion of “innocent until proven guilty” rarely applies.

Hence why the concept of “CYA” (cover your ass) is so essential to the trade. In the next installment of our saga, we’ll drill down into the basics of how to minimize the risks of infection as well as how to manage these situations on the off chance they arise. Stay tuned, as they say.