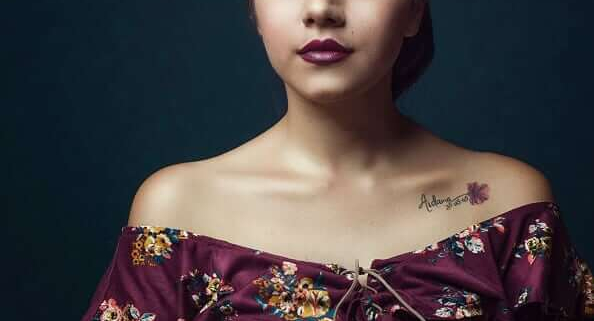 Tattoos are your business. As a professional artist, tattoos are your not only your expression in a piece of art, they are a product through which you make a living. The more people that visit your studio  and leave with fresh ink, the better. But have you really sat back and wondered about why people do and do not get tattooed?

The reasons, according to psychologist Luzelle Naudé, are more than skin deep.

For the participants who decided not to get a tattoo, the main reasons revolved around social and cultural factors, primarily religion (11%). Other reasons for forgoing a tattoo included disapproval from family and friends and invoking negative views at work. Some participants (10%) shared concerns about the permanency of tattoos and their sense that it looks unattractive on older people.

One of the most popular reasons people get a tattoo is to symbolize love or affection for somebody. This can be either somebody the person is in a relationship with, somebody they admire, someone they are related to, or some person they wish to pay tribute towards.

It’s therefore no surprise that someone’s name is the design most men and women regret having as a tattoo. 31.34% of males regretted getting a person’s name inked on them. 24.33% of females was a lower percentage, but still the most common tattoo type they regret.

Participants also referred to medical reasons or fear of needles and pain (10%). Moreover, some participants viewed tattoos as simply unappealing. One participant remarked: “I wouldn’t get one. Would you put a bumper sticker on a Ferrari?”

The primary motivation for those who got a tattoo (25%) had to do with its personal meaning (such as to mark a significant experience or struggle). Participants reported reasons such as “to keep my mother’s memory,” “a way of honoring my first child,” and “presented what I was going through at a certain time of my life.” Some participants (12%) also felt that their tattoos were an extension or expression of who they were. Comments included, “My body is a book, my tattoos are my story.” and “Tattoos are an extension of your personality, everyone is given a blank canvas to paint on – if you wish.”

Another study showed that people typically take between two and seven years before getting their second tattoo. If anything, people tend to consider their choices more carefully after their first because they better understand what it entails and less likely to make a rash decision — pain was quite a big barrier. So was permanence and affordability.

Among those with positive views about those with ink, they saw tattoos as attractive and those who sport them as cool, trendy, fashionable, interesting, spontaneous, creative, artistic, free-spirited, more open/accepting, liberal, adventurous, brave, strong, courageous, and unafraid of commitment and pain. As one participant put things, “People with tattoos are the realest people you ever will meet.”