No Ragrets (Not One Single Letter!)

The Experts Weigh in on Tattoo Remorse 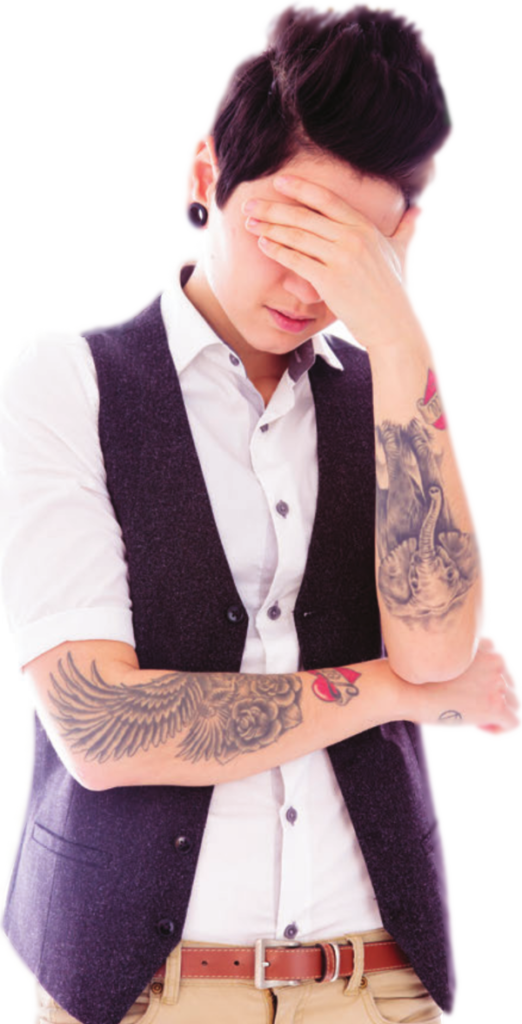 “You’re going to regret that when you’re older.” It’s catechism number one of the tattoo industry’s detractors. But is it true? If you sit in at an afternoon bridge club or hang out in the stands of a high school soccer game, you’ll likely hear enough anecdotal evidence to solidify the statement as gospel. But anecdotes are why people try to cure cancer with castor oil. What does the actual data say? Is there any on the subject? As it turns out, there’s plenty. Academia is watching.

To cut through the speculation, we sifted through 15—yes, 15—peer-reviewed, academic articles, plus a public poll on tattoos, covering their evolving social status and their psychological effects on those who obtain them. The process was illuminating, but mind-numbingly tedious. Academia has a real knack for sucking the life out of otherwise interesting subject matter.

So, how much merit is there in the fearful mutterings of child-rearing suburbanites? Statistically, not much.

First, we have the numbers from a national poll conducted by Harris Insights and Analytics in late 2015. Of those surveyed who had tattoos, only 23% expressed regret over their choice. Of that 23%, the most common regrets were what you would expect. They got it too young, their personality has changed, it’s an ex-lover’s name, it’s poorly executed, it lacks meaning; basically, all the textbook faux pas actively avoided by self-respecting artists.

It should be noted, however, that tattoo regrets have risen by 9% since 2003. But considering the rapid growth of the industry during that period, it should be expected. In 2003, the percentage of the populace with one or more tattoos was at 16%. By 2015, that number had jumped up to nearly one in three. Among the youngest demographic (18-24) the rise took an even steeper climb, from 13% in 2003 to 35% in 2015. No, we’re not mixing up proportions with raw numbers. We are merely suggesting that the intense spike in the numbers, especially among the young, suggests a hastiness in the populace, perhaps recklessly so, which again, leads to the reasons for regret cited by the survey.

Equally compelling is a 2011 academic study conducted by Viren Swami of the University of Westminster in London. Swami recruited 82 clients from a London tattoo parlor and conducted three surveys, one preceding the tattoo, one immediately following, and one three weeks later. The surveys focused on the overall confidence of the subjects, self-esteem, body image, etc. The results extensively erode the authority of the conventional wisdom on the subject, if not directly contradicting it.

“Indeed,” he wrote, “the present study found that obtaining a tattoo resulted in a significant improvement in self-esteem over a three-week period among both men and women. This finding is notable because it highlights the positive impact of obtaining a tattoo on an individual’s overall sense of self.”

Tattoos and the Self, a 2012 study that focused specifically on women with tattoos, further illustrates a low recipient-to-regret ratio. Of the women surveyed, 87% stated that they were happy with their choices and planned to get more tattoos in the future. Those that did express regret gave reasons largely analogous to those previously cited, which as already noted, can be largely avoided through the current existing practices of quality parlors.

But not even academia is completely capable of pure objectivity. There was more than one study in which the authors seemed to rely heavily on residual cultural bias. One article from South Korea, for example, viewed the growing comfort with tattoos as cause for alarm, based purely on previous unsavory associations the trade has now largely shed.

“Continuous attention to, and interest in, the increased incidence of tattooing and piercing are necessary, especially in terms of public interventions for health education and health promotion, as these forms of self-adornment are associated with behaviours that pose a risk to health,” they concluded. Somewhere within the thought process was an arguable confusion of correlation and causation, as well as use of outdated metrics.

Overall, however, even the most biased of studies failed to prove any significant negativity associated with getting a tattoo regarding the internal state of the recipient. There is still more ground to cover on the external perceptions—meaning other people’s view of a tattooed person—but even there, the numbers are moving in a positive direction. For example, according to the Harris Poll, 58% of Americans now say they are comfortable with having someone with tattoos in the Oval Office.

Given the topic of the discussion, these trends will be difficult to reverse. Tattoos, by their nature, aren’t a fad that can just fade away like a style of jeans or a brand of shoes. So long as quality artists continue to wrest control of the industry from the scratchers, honing their craft and exercising cautious responsibility, we will likely see an end to the remaining stigmas on tattoos in our lifetime.

Years ago, your parents were right. But now they’re wrong.