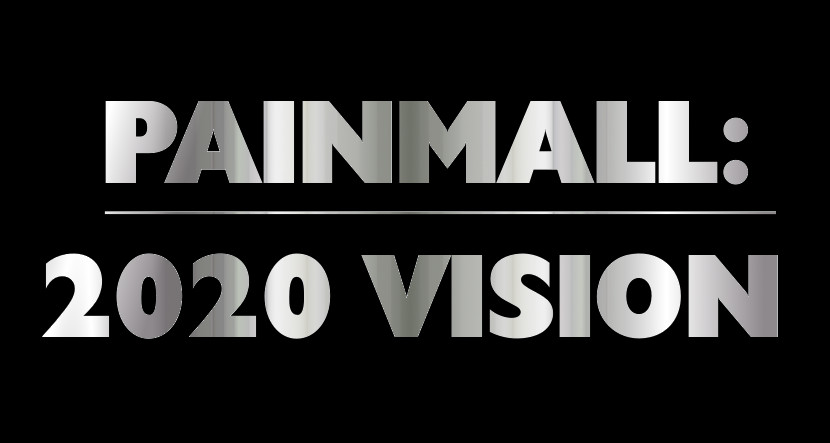 Your future is bright. We know because we just found a crystal ball and even better, we’ve figured out how to use it. All it took was a day’s worth of Youtube tutorials. Want to see for yourself? Just stare into the glowing orb . . .

It’s March of 2020. You roll out of bed around 8am feeling refreshed after a deep, restful night’s sleep, rich with vivid dreams of an Instagram post with a million shares. Yes, 8am. You’ve stepped up your game.

After guzzling down a tasty, hemp protein smoothie, you hop in your car, ready to face the day. Hemp protein smoothie? Yes. We did say that you stepped up your game, right? It doesn’t taste nearly as bad as you had assumed. Besides, your gut’s half gone and your shirt’s fitting a little tighter around the shoulders. By the way, kudos on the new wheels.

The new car still doesn’t fly, so we’re now officially five years behind the predictions of Back to the Future II. But at least you finally have XM, Bluetooth and functional AC. Plus, it’s a hybrid. You’re going green(ish). As you turn the engine over and roll backward out of your driveway, you catch a few snippets of President Pence’s speech from the night before. You can’t help but sigh and wonder if a Bible thumper is really any better than a Reality TV host.

After a solid thirty minutes at the gym, you roll up to the studio at 9:30 sharp, marvelling at how short the commute was and thanking the traffic gods for Elon Musk’s underground highway system. From the outside, the place is beautiful; spotless storefront windows that generously reveal the now-empty, gleaming chairs, as well as the canvasses lining the walls. You painted four of them yourself in the past six months. Where the hell did you even find the time? We’ll get to that momentarily.

As you walk into the shop, you pause just for a moment to take it all in. The space has never been cleaner. There’s not a speck of dust discernable to the naked eye and everything is in its right place. This, after the busiest year of your career. All five chairs have been booked three months in advance for months now without any sign of letting up, despite the four new street shops that popped up downtown at the tail end of 2019.

Your office manager is sitting behind the front desk, smiling between sips from his mug of matcha. He informs you that all the orders for the week are done, he’s found a great new source for organic, vegan ink (the demand for that hippie shit has been sharply rising), and just landed an amazing deal on a new ultrasonic.

“All of that before 10am?” you reply, incredulously. “How in the good fuck is that even possible?” you add, immediately stuffing a few crumpled bills into the swear jar.

“Remember when I got us registered on PAINMall?” he smiles. “You’re welcome. By the way, Ink Masters called. They want to know whether they should bring out the camera crew on Thursday or Friday.”
“Still too busy,” you answer with a sigh. “Tell them to push it back another week.”

You’ve learned a lot since then. Lesson number one was that PAINMall isn’t just another website. It’s a platform. And not just any platform—it’s an all-in-one digital meet and greet for the industry that covers every aspect of your business and then some. It’s a web-based convention. It’s an e-commerce portal tailored specifically to your needs. It’s a constant source of information; what’s selling, what’s trending, what’s on special, what’s new—everything. Thanks to PAINMall, ordering no longer involves a stack of catalogs and a dozen or so phone calls. Savings are up because you’re always in the loop on the best deals. Those upgrades you’ve made have been a cinch. Why? Because you logged onto PAINMall and in minutes, made the choices that would have previously required hours of crawling Google. You’re on top of your game like a ninja and it’s all thanks to the PAINMall.

Life is good in 2020, and while you know that you and your team were the ultimate reason, you also know that it wouldn’t have been nearly as easy without your now-favorite digital platform. Signing up was your “Butterfly Effect” moment.

And trust us; we’ve seen the alternate. You want none of it. We’re not sure how it happened, but Bill O’Reilly is the lead anchor for NBC. Meanwhile, you’re driving an ’03 PT Cruiser, running a street shop with walls covered in flash art. You spend your days scrawling out tribal arm bands and endless variations of the word “princess” intended for the lower back while your piercer performs almost nothing but Prince Alberts on frat pledges desperate for acceptance. Also, your cellphone provider has signed an exclusive deal with BlackBerry and all they offer are the old models with the shitty, push-button keyboards. The Butterfly Effect is weird, man.

Don’t get stuck using a BlackBerry in 2020. Sign up for PAINMall instead and solidify your future.

(Disclaimer: we don’t really have a crystal ball and can’t really see your entire future. We have seen the future, though. How? By creating it. PAINMall is the future. Register now and find out for yourself.)