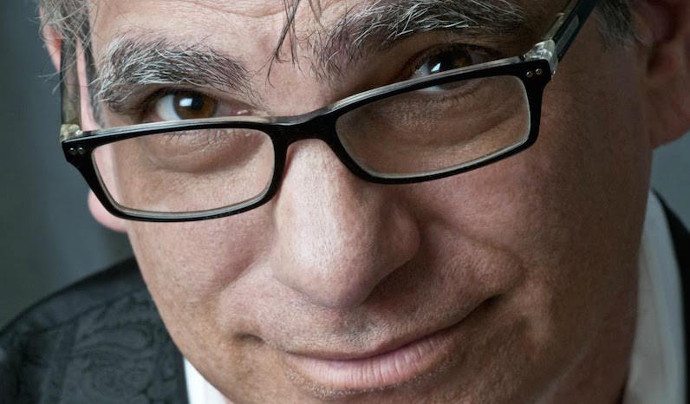 More than once during Chronological Disorder‘s hour-and-a-quarter-plus runtime does Dylan Brody make reference to a nebulous time “many, many years ago” when he was but an Everyman, heavy-duty road comic, trafficking in a laugh every 15 seconds (many brought about by dick jokes and the lowbrow like), back before he traded them for things like cufflinks and “insightful observations about the human condition.” Clearly this now-in-his-late-40s man has changed his act a bit since he first started comedy the summer after completing high school. And, for that matter, this is far from a traditional stand-up album.

Listening to his well-paced, dramatically told, supremely interesting stories, it will surprise no one to find that Brody’s website describes him as a “Purveyor of Fine Words and Phrases,” a “playwright, humorist and thrice published author,” “regular contributor to The Huffington Post,” “radio raconteur,” “artful anecdotalist,” “prolific writer and novelist” and “one of America’s fastest rising storytellers.” The word “comedy” doesn’t even enter his biography until the second paragraph.

Brody introduces “An Ancient Zen Parable That I Wrote a Few Weeks Ago” – Chronological Disorder‘s fifth track and the first following the Prerambles, which occurs nearly 20 minutes in – as “this piece, with which I would like to start tonight’s performance.” Joke or not, this is when he enters the real meat of the record: four lengthy tales, each put together phenomenally well and carried by Brody’s dramatic delivery that hits…important points…using pauses in between…much like an experienced reader…one who regularly gigs at coffee shops…and bookstores. Most involve his wife, touch on mammoth topics and will likely induce tears at one point or another. It’s a pretty astounding thing to behold.

Though Brody doesn’t self-identify as a political comic, he obviously keeps up with politics and they inform some of his strongest bits. “National Sense of Irony” begins in a Trader Joe’s parking lot just after 9/11, where he gets physically threatened by a hateful, jingoistic citizen attaching tiny American flags to every car in sight. He goes on to cover marijuana legalization, Barack Obama, Dick Cheney, the Christian Coalition, Crips and Bloods, and flashes back to his old self (at a time when he regularly smoked weed) and back to the present (where he only purchases it for friends as a favor), and the whole thing is seamless. One finds oneself wondering later, when the details are fuzzier, how in the hell he pulled it off. The answer, of course, is to listen and get knocked over once more.

Chronological Disorder isn’t perfect. The crowd is a little tough to handle, sounding less like a theater or small club and more like eight of Brody’s close friends gathered tightly in a living room, where their laughs—epic, unnecessary laughs, oftentimes—overwhelm the sound equipment and ruin the mood of some of his most pensive moments. Brody is David Foster Wallace-esque in his aptitude for live storytelling and could similarly use a footnote here and there, allowing the narrative to flow smoothly and the listener to keep up. The material itself is wildly solid throughout, with just one exception: the album-closing “Big Scary Finish!” Brody is no songwriter, yet he makes an attempt with an acoustic guitar. Using his father’s writing, which he’s found both tremendous and scary – “He’s been doing it longer and will probably die sooner.” – and a conversation with the man as a modus operandi of sorts, he admits, “I don’t feel that I’m actually doing my job properly unless at some point in every show I scare the living crap out of myself…So I’m gonna sing.” Sing he does, and though it’s nothing particularly noteworthy, it’s hard to argue with the lesson learned.

Which all points to an even larger takeaway: Unlike other aging performers, Brody pushes the envelope of what is considered stand-up comedy 20 or so years into a career that will clearly ripen and evolve further into his golden years. “Anyone who tells you you cannot change the world has a vested interest in maintaining the status quo,” he says in one of the Preramble tracks. It’s just one epic idea scattered amongst many on an album serving as Brody’s small way of changing the world.