Drink These Beers this Summer 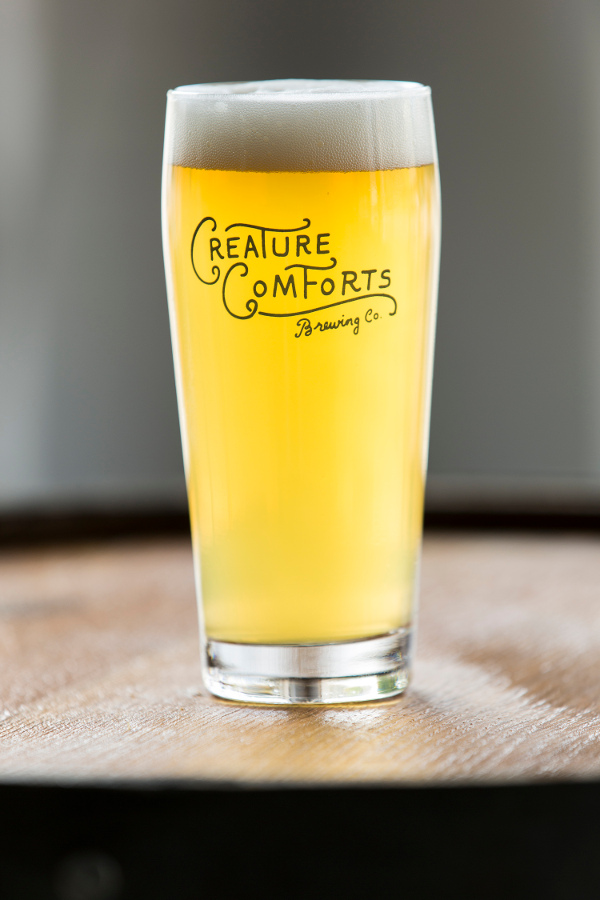 It’s hot. You want to cool off with a few great beers. I would like to humbly suggest that you visit Georgia, where I live. As it just so happens, there are six of them below this paragraph. Well, not actual beers, but, you know, beer recommendations. So, you know, think about it? And do holler if you make it to the Peach State. First round’s on me.

Orpheus Brewing’s Peace.War.Truth.Lie
Peace.War.Truth.Lie (5% ABV) is a recent summer installment of Orpheus’ seasonal Bone Tablet IPA series. Returning for the second time — although the first time in cans — in the young brewery’s history, P.W.T.L. starts with a hit of mango and citrus fruit followed by a wave of tropical refreshment courtesy of Apollo, Comet, Wakatu, and Mandarina Bavaria hops. It pours a pristine, light yellow color and pairs nicely with views of Piedmont Park from Orpheus’ Morningside-Lenox Park locale.

Creature Comforts Brewing Co.’s Athena Berliner Weisse
While Tropicália is the star of this Athens producer’s repertoire, Creature Comforts’ Athena has quietly asserted itself as a stunning supporting character. A pillowy soft mouthfeel joins forces with a subtly tart, lactic acid bite in this 4.5 percent ABV Berliner. As a bonus, it’s easy to find all over Atlanta, from bars to bottle shops to grocery stores to, hopefully, your fridge very soon.

Terrapin Beer Company’s RecreationAle
There’s a reason this Terrapin brew has made the list for the second year in a row: At 4.7 percent ABV, it’s the perfect mix of sessionable (you can drink a bunch of them without falling over) and hoppy (thanks to Bravo, Centennial, Zythos, Amarillo, and Galaxy varieties). In an always-evolving craft beer industry where breweries are constantly trying to keep up with trends, Terrapin has planted a tasting, quick-selling flag in the refreshing session beer category.

Eventide Brewing’s Citrus Grove Hefeweizen
The latest seasonal from these young Grant Park beer makers hit the market a few summers ago. Packing a banana-esque wallop on the nose followed by a gentle citrus essence delivered by Sorachi Ace hops and lemon grass, this 5.7 percent ABV German-style wheat beer practically begs to be paired with sunny days and outdoor activities. You can do both at Eventide’s tasting room nestled in a charming residential area near the Grant Park/Peoplestown border.

Wild Heaven Craft Beers’ Emergency Drinking Beer
Housed within what must be considered one of the best-designed cans in the history of brew, Emergency Drinking Beer is a Pilsner-ish session ale with citrus zest and lemon grass. Those flavors will kinda quickly dance over your tongue as you down this 4 percent ABV beer, and then ask for another. It’s as good for warm-weather sipping as it is for hot-weather shotgunning. Buy an extra six-pack just in case.