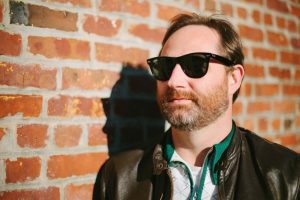 Greg Cartwright is a busy man these days. He’s currently working on the fifth Reigning Sound studio album for North Carolina indie-rock label Merge Records. His reformed rough-and-tumble garage-punk trio Oblivians is also preparing to release Desperation, its first album in 16 years. In the meantime, his other band, Parting Gifts, have a new record on the way.

While traveling between his current home of Asheville, N.C., and New York City to work on the forthcoming Reigning Sound album, Cartwright took a few minutes to talk about writing songs and helming three bands.

I saw the Reigning Sound tweets from the Daptone Records last year. How far along are you on the new album?

We went up and did seven songs, and I went back this last week and mixed those, so they’re done. I gotta go back in May and do another six or seven songs, and once those are done, I’ll mix them. I’m not sure if that’s the total number, but that’s what we’ll have to work with. I’m excited. I love recording at Daptone. The engineer, Wayne, is great to work with, and I love playing with this band.

How did you end up recording there?

The way we wound up in the studio is that my drummer, Mikey Post, actually works there, in the offices. He also plays drums with the Gospel Queens that were on Daptone. We’re there because it’s an extension of our family, friends, people we know. The idea of going there is that it would kind of feel like home.

How do the new songs compare to the Reigning Sound’s catalog?

The Abdication … For Your Love EP was probably closer to Time Bomb High School, production-wise, and as far as the dynamic of the band. With the original band, we worked really hard on parts and putting songs together. But the last couple records, it was more like I would get the songs together and we’d meet in the studio and record them. The newer record, as well as the EP, kinda looks back to the original lineup of the band, as far as dynamic. I think [the new album] feels closer to the earlier bands than anything I’ve done for a while.

What was it like working on a new Oblivians album?

It was a lot of fun. We’ve been doing reunion shows over the last few years, and I wanted to keep doing the shows, but the one thing was that, after a while, you get tired of playing the old material. Not because it’s boring or stupid or anything, but if we’re going to be a band, we have to entertain ourselves. I think we did a good job. It sounds like an Oblivians record.

And the Parting Gifts have a new record coming too, correct?

There’s a new record. It’s not coming out this year, but it’ll probably be recorded this year. We’re doing that for Merge as well. We’ve got this [Mess-Around] show coming up, and then we have some rehearsals, and we’re trying to get enough songs together. That’s kind of the fun thing: With the Oblivians, I had two writing partners that would write their songs and help me bounce around different ideas I had. But with the Reigning Sound, I’m pretty much the sole songwriter. But then going back to the situation with the Oblivians and the Parting Gifts where I have someone else is really fun.

In a recent interview, you said “When you make serious mistakes, you can draw on that forever.” Is there stuff on the new album about past mistakes?

Oh, absolutely. Not that I’m not making fresh ones. But it’s the deep cuts that leave the scars you always see. When you make a big mistake, it never leaves your mind completely. It’s always there to reflect on, especially when the sensation comes around to make the same mistake again and you think you’ll get a different outcome [laughs]. I’ve always got several strings of thought going on when I try to write songs. I could be thinking about something that happened to me, or a friend, 20 years ago, and also thinking about some conversation or gossip I heard in a bar. It’s all those things converging, where, in a way, you jump from one to the other, and you can tell a story that seems real. I’m all for that. That’s an aesthetic I strive for—something that’s emotional but also crafted, at the same time, to be a good pop song.