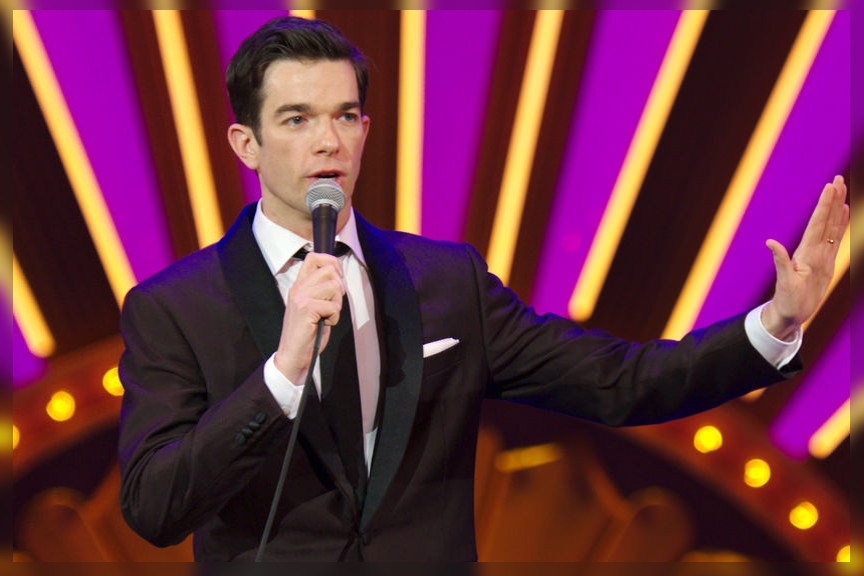 In the wake of John Mulaney’s hilarious new special, we revisit this chat with him from 2012.

Twenty-nine-year-old John Mulaney is an old soul. Despite his place as a Saturday Night Live writer/producer and an up-and-coming comic, his comedic sensibility is rooted in the old-dude humor of guys like Woody Allen, Jack Benny and Bob Newhart, whose albums he listened to avidly as a youngster. There was another positive male role model in those days as well.

“I think when you’re a kid, you impersonate people that you see on TV or in movies or in your real life,” Mulaney says. “And I think, in a lot of ways, the way I present myself is as someone from a bygone era. In part, my dad’s an extremely smart guy, and I’m much dumber than he is, but I copied the way he speaks to some degree—just having a calm, straightforward delivery. Hopefully, along the way, I’ll sound as smart as him sometimes.”

As a kid, Mulaney was picked on a good bit as well, but Mulaney discovered that through humor, he could control the conversation. He also started drinking at 13, a habit that would become increasingly heavy until he gave it up at 23. Unlike many people who drink excessively, he managed to get that vice out of his system early, though it certainly affected his coming of age.

“What was nice was, around the time I stopped drinking and slowed down a little, I enjoyed the dork I was and was continuing to become,” he says. “As I got more comfortable with that, it was like, ‘I don’t need to shut my brain off.’”

While he cops to occasionally “eating like a monster,” he’s narrowed his vices down to one.

“I still smoke cigarettes, which is ridiculous at this point,” Mulaney says. “It’s the dumbest thing I do and one of the dumbest things anyone could do, but I just ignore it. I’ve been able to go a couple months. When I’m at work, I feel like I drift back into it. It’s like if cows knew a fence was electrified and they kept going back and getting electrocuted every day.”

Mulaney found his way to SNL in 2008, and has since worked his way up to producer and writer credits on the late-night sketch staple. It takes a lot of work to get a writing job like this, but even more to keep it. On Wednesdays, he’s been up all night. On Tuesdays, he shows up and starts writing around 1 p.m. He doesn’t stop until 6 or 7 a.m. on Wednesday morning, when he takes a one or two-hour nap. Upon waking, he’s back at it until everything is handed in for the week’s show at 1:30 p.m. Wednesday afternoon. He couldn’t be happier, though.

Which brings us, of course, to Stefon Zolesky, the anxious, flamboyantly gay, Ed Hardy-wearing club-goer, who is fond of portmanteaus and Seth Meyers. Zolesky’s Wikipedia entry is about five times as long as the one for Mulaney, who co-created the character with Bill Hader, the cast member who plays him during his Weekend Update appearances. Stefon is a cultural force, spawning eyebrow-raising fan fictionand hordes of social-media users beginning their tweets and Facebook posts with “That thing….” Mulaney keeps it interesting by switching up Hader’s cue cards before each appearance, often making him break character for added hilarity.

Essentially, Mulaney lives two work lives. He writes and produces at SNL, and during the off-season, he has the luxury of hitting the road or working on material as a stand-up. He doesn’t think too far ahead, but it’s not unrealistic to see either of his two paths successfully existing as his main gig. On New in Town, his second comedy album released on Comedy Central in January, he turns the focus on himself to satisfying results. As opposed to the material on his debut, The Top Part, New in Town is less “here are some things a young person has written that are funny and unconnected,” and more of a cohesive collection. It’s the sign of a maturing comedian—even if he’s not yet 30—who’s realized that he’s his own best material.

“Starting out, when I was first doing stand-up, I had a lot of jokes that were random premises,” Mulaney says. “After a while, if you want to do a lot of stand-up, you have to cull from your real life. At the same time, I started thinking it was funny the awkward way I was becoming an adult. In terms of being made fun of, I’ve always been very lucky all around. I’ve had a very easy life, so it seems like people should be able to come up to me and say, ‘Fuck you.’”