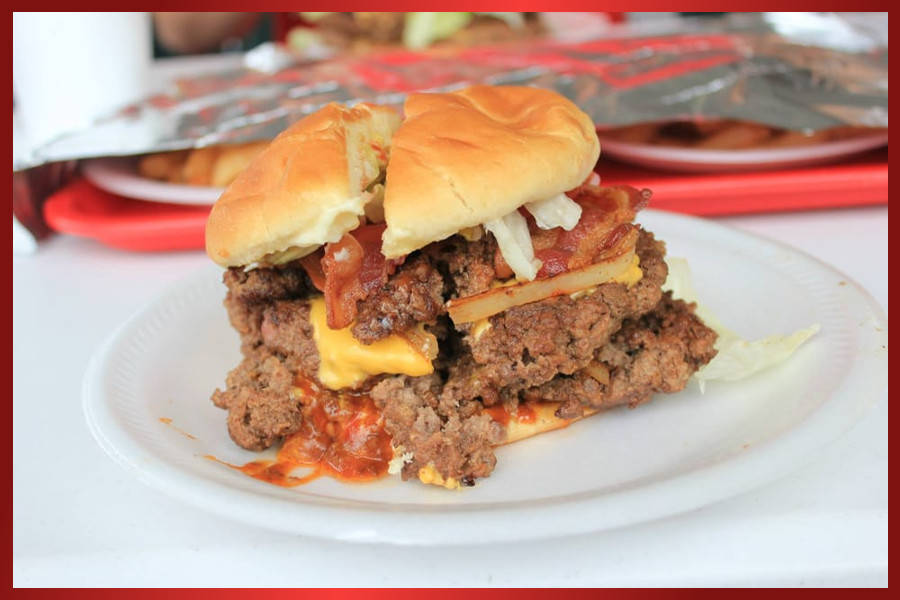 Atlanta lost a food legend in 2015. “Miss Ann” Price might not have been known for winning high-minded culinary awards, but her hallowed Ghetto Burger and her fiery demeanor made her one of the city’s most authentic and longstanding small business owners. Restaurant Eugene chef Linton Hopkins—himself a James Beard award winner—can attest to that.

“I am as inspired by Miss Ann and the way she expressed herself through her burger as I am the way Ferran Adrià [of El Bulli in Spain] was able to find his voice in Catalan cuisine mixed with very modern concepts,” Hopkins says.

Price opened Ann’s Tasty Dogs in 1974 along Memorial Drive in Kirkwood, serving up an array of hot dogs as part of the chain of restaurants around the city. The place would eventually change its name—Ann’s Snack Bar—and find a rebellious purpose more befitting its independent-minded owner.

“She was different, let me just put it that way,” Price’s sister Josephine Culver says, laughing. “She didn’t mince words. She didn’t bite her tongue.”

As one of Price’s eight living siblings, and one of the four to whom Price left the Snack Bar in her will, Culver has fond memories of her older sister. They grew up in the tiny East Georgia town of Sylvania, but after graduating high school there, Price left for cosmetology school in New York. She eventually made her way back to Atlanta and worked as a hairdresser, but that didn’t last long. She “somehow spun off into food services,” according to Culver, because she wasn’t making enough money. If Price didn’t like a situation, she would change the situation.

Ann’s Snack Bar would become known for its Ghetto Burger, a five-inch-tall double-patty behemoth created by its titular owner in the wake of some new competition. In 1988, as a nearby Checkers opened on the corner of Memorial and Maynard, right off of I-20, Price decided she needed a new secret weapon to battle the fast food joint. She said goodbye to the frozen patties she’d been using and came up with a fresh menu item with a name that gave a nod to Kirkwood’s dangerous past.

Every Ghetto Burger came complete with two fat, hand-packed patties of nothing-fancy ground beef liberally adorned with seasonings (when pressed Culver would only allow that this element of the Ghetto Burger is “special seasoning in the right proportions”), ketchup, mustard, chili, lettuce, onions, tomatoes, cheese, and deep-fried bacon. It was—and is—a glorious mess—one that, to this day, only costs $9.50 with fries. The Wall Street Journal named it the best burger in America in 2007, journalist Raymond Sokolov calling it a “masterpiece” that was “the outstanding hamburger experience [he] found in an odyssey of several months and thousands of miles,” not to mention “the next level of burgerhood.”

The Ghetto Burger’s loyal fan base has acquired some notable Atlantans over the years, too. Michael Render, better known as Killer Mike and perhaps best known as half of the rap duo Run the Jewels, found his biggest fame in his forties, an age where many rappers have already passed their prime or moved on to other business interests. But before all that he was a regular at the Snack Bar, taking inspiration from Price’s work ethic.

“She fought to own a piece of the curb,” Render says, referring to Price’s tenacity as a small business owner. “You can get knocked on your ass and decide to stay down. She repeatedly chose to get back up. That was the lesson I learned from her: Don’t quit.”

There’s been “more than a little bit of interest” in buying the property, says Culver, but not the restaurant. While she might consider an offer from someone who wants to run the place, she has no interest in making a quick buck at the expense of the decades-old Kirkwood eatery.

“I think it’s important to this neighborhood,” Culver says. “There’s very few places up and down this strip that [our customers] can get the kind of burger that they get here. They can find a McDonald’s, they can find a Burger King, but that’s not the same thing, and that’s what they tell us every day.” As for the Checkers that inspired Price to create the Ghetto Burger? It was bulldozed under in 2013.

“It has potential, and it can be taken to another level,” says Culver of Snack Bar’s future. While she hopes the business might pique the interest of some of her younger family members, she admits that they aren’t currently interested.

“As far as me being involved, day-to-day, hands-on, I’d say probably another couple of years and then I’m done,” she says. Now 60, she wants to enjoy retirement. “But I don’t wanna let go of it because [Ann] worked so hard.”