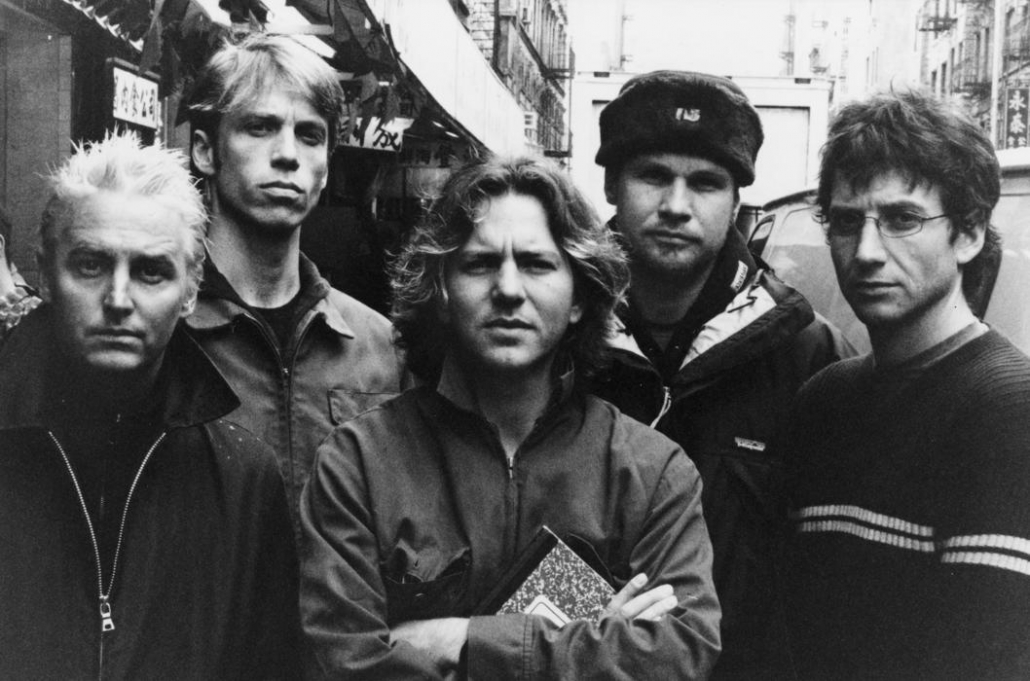 Brendan O’Brien is a record producer. He’s actually kind of a big deal, as far as record producers go. If you’ve listened to alternative rock in the last 20 years, chances are you’ve heard his work. His credits including a veritable laundry list of monster acts, from Stone Temple Pilots to Bruce Springsteen, Mastodon to AC/DC, Incubus to Rage Against the Machine. But a band he’s worked with as much as any is Pearl Jam. Here’s a 2009 chat with him about that relationship.

When did Pearl Jam first get in contact with you about working on Backspacer?
I guess we started talking about a year before we actually started recording. But a little before that, they were asked to do a song for a movie, the Who cover [“Love, Reign o’er Me” for the movie Reign Over Me], and we had a blast. We’d known each other for years and we had such a great time doing it, we were like, “Why don’t we just get back together and make a record?” They’ve kind of gone their own way the last 10 years, and it’s been all good. So yeah, we just started talking about it. That was it, really.

It’s been a little while since you guys have worked together. When you got back in the studio, was it awkward at all?
No, no, no. Not even a little bit. We worked together for quite a while before that, and I think for a while they just wanted to do things on their own. At this point, they were ready to be, for lack of a better word, “produced” again. It was actually awesome. We all worked very hard, but I think I can speak for all of us in that we all had a great time doing it.

Is there any way for you to compare or contrast it to previous records you worked on together?
Oh, yeah. [laughs] I would say the first records we worked on, I was very proud of them, and they were great, but at that time, we were all in a different place. There was probably more tension back in those days. A lot had to do with the position they were in, and Eddie in particular; there was a lot of stress in their lives. That provided stress toward me, just because of our position. It was a different time. We made four records together, and we did quite well and we had a great time, but I would say it was harder then just because they were in a different headspace and maybe I was still learning my craft a little bit. It was a very singular goal this time.

What a typical day in the studio like?
Once we started recording, mostly we would just get together around noon, and when we were tracking, we were tracking all together. We actually recorded most of it in L.A., and I think that was good for them. They weren’t at home, and that was a good situation. They had been resistant to recording in L.A. before, and I live in Atlanta, but that was a good, neutral place to do it, because it kept them out of the routine of their house, and yet they weren’t too far from home. Every day we got to work and everyone was really focused on work. Pretty much every day, their head was in the game.

How close do you work with a band on song ideas? It sounds like you were right there for the writing on this one.
Well, every artist is different. Everybody’s different. In this particular situation, they worked a lot on their own with the songs and I helped them with the arrangements. There was another writing session—I didn’t write the songs, but I was there—in Montana up at Jeff’s place where Eddie wasn’t around, it was just the band together, and it was sort of my job to help them pull all the ideas together and get them arranged. I feel like, on this record, they allowed me to be more of a part of it than maybe in the past.

Tell me a about how you’ve watched Pearl Jam evolve over the years?
I’ve known them almost since day one, not quite since day one, but almost, and I’ve seen them evolve from being… They’re still a huge band and they still fill up arenas and all that, but they are not quite the phenom band they once were, and I think that’s great for them. You can’t sustain being a phenom band for 20 years. The first five years of their career, I think, was very hard for them, even though it was massively successful. It happened so quickly, so fast, and a lot of bands burn out at that stage. I believe they withdrew a bit for a while. They sort of made music for themselves, and it was something they needed to do and wanted to do.