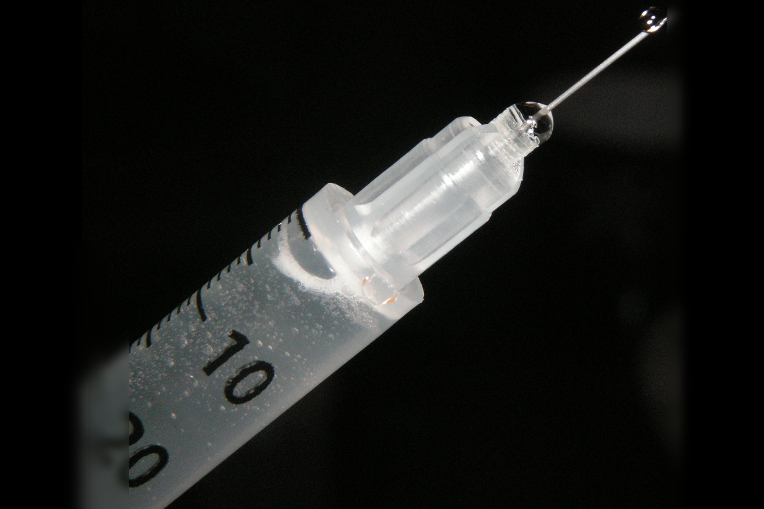 According to the National Vaccine Information Center (NVIC) there is a difference between federal vaccine policies and state vaccine laws. Federal public health officials at the Centers for Disease Control (CDC) make national vaccine policy recommendations for children and adults. With the approval of state legislatures, public health officials in state health departments make and enforce vaccine mandates. That’s why vaccine laws and legal exemptions to vaccination vary from state to state. Although the NVIC is a public charity, anti-vaccination group, one of their primary messages remains to encourage well informed vaccine decision making by parents of small children.

Whether you support vaccinations or not, the chronic version of the hepatitis virus remains a disease whose risks are significantly higher due to complications from actually contracting the disease than the potential complications after receiving the hepatitis vaccine. Body art operators are not required to get the HBV vaccine but in most states, it is strongly recommended. Body art operators in most states can decline the HBV vaccination series but owners of body art establishments must then provide HBV brochures that explain the risks of contracting the disease.

According to the CDC, the number of chronic infections per year has declined from an average of 260,000 in the 1980’s to about 3000 as of 2014. The greatest decline in chronic HBV infections has occurred among children and adolescents The steady decline since the 80’s is largely due to vaccination strategies and an intense and unrelenting public awareness campaign designed to educate the public on the dangers and possibly life-threatening consequences of contracting the disease.

The primary reason hepatitis vaccinations are strongly recommended is because of the dangerously long incubation period of the disease. The incubation period of the hepatitis virus can be as long as 120 days after initial exposure. During that time, most victims will typically not show symptoms but still be shedding millions of HBV particles in their stool, saliva, vaginal discharges and urine.

Laboratory diagnosis of HBV as well as HAV focuses on the detection of the hepatitis surface antigen HBsAG. If the antigen is present, there is a high likelihood that the virus is in the human bloodstream. Early detection of prostate cancer is done the same way. Blood is drawn and analyzed for prostate specific antigen (PSA). High numbers trigger additional testing in the same way the antigen for HBV is detected in the bloodstream. The World Health Organization recommends that all blood donations be tested for HBV to ensure blood safety and avoid accidental transmissions to people who receive blood products.

In 2015, WHO launched its first “Guidelines for the Prevention, Care and Treatment of Persons Living with Chronic Hepatitis Infection.” Their recommendations are to promote the use of simple, non-invasive diagnostic tests to assess the stage of liver disease and eligibility of treatment, to prioritize treatment for those with the most advanced liver disease and recommend the preferred use of nucleotide analogues with a high barrier to drug resistance in children between the ages of 2-11 years for first and second line treatment.

When babies become infected at birth or during infancy, only 10% clear the infection due to their immature immune systems. The remaining 90% develop chronic HBV. Most pregnant women do not know whether they are infected with HBV due to the lack of symptoms and extended incubation period and can unknowingly pass the virus to their newborns during child birth. Therefore, since the risk of newborns becoming chronically infected at birth is so high, both the WHO and CDC recommend that all infants receive their first dose of the HBV vaccine within 12-24 hours after birth.