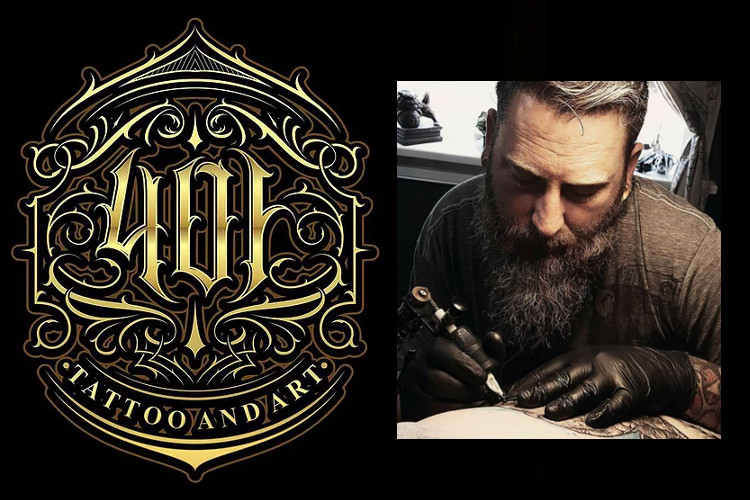 Everything in a tattoo shop is one-of-a-kind. At 401 Tattoo Art & Antiquities, in Fuquay-Varina, North Carolina, things are more unique and unusual than in most.

At 401 (referring to the highway that runs in front of the shop), along with custom tattoo art, you’ll also taxidermy, wet specimens, mummified creatures, fossils, vintage medical devices, framed insects and even human skulls.

The oddities are the collection of 401 owner and tattoo artist Jimmy Bissette, who says when he opened the shop in 2011, the idea was to create a space that was uniquely his own after having worked for 12 years in other places around Raleigh.

“Back in the day, anytime you saw a freak show there was always the tattooed lady and other body modifications. A lot of tattoo artists and people who are into the culture really enjoy things like,” Bissette says.

Bissette originally got into tattooing without ever having put much thought into it after his girlfriend gave him a cheapo machine as a gift. He had a mural business, and was always the creative type, so it was an easy transition to this new art form.

“I had tattoos, but I’d never really considered doing it myself. It just took over everything I was doing and became my focus. Being able to interact with people and creating something permanent made it really interesting to me,” Bissette says, “these days it’s just second nature and all I do.”

Bissette is one of those tattoo artists who dabbles in whatever style is requested. If forced to pick a favorite it would be neo-traditional for its heavy, bold lines surrounding intricate fineline details. His favorite subject matter — as you might expects of somebody who collects mummified remains, leans toward the dark side as well. 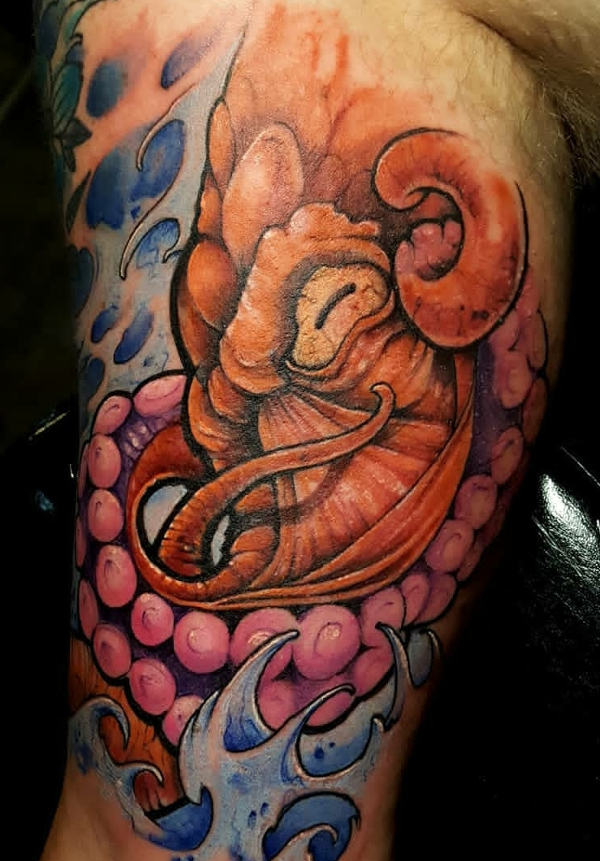 401 is a custom shop, where Bissette is joined by tattooers Robert Meyers, James Copper, Bishop and Sam Moore, with a focus on personal attention and client satisfaction.

“Being 100 percent original almost seems impossible and is always a challenge,” Bissette remarks,” “But I definitely do enjoy tattooing and creating that next new thing.”

“We definitely listen to the client,” Bissette adds. “There’s no showboating up in here.”

When it comes for inks and machines in use at 401, it’s much the same as in other shops where everyone has their own favorites. Meyers is sponsored by PEAK need cartridges, and he and Bissette both work with primarily rotary machines. The other guys, who are more into American traditional style, stick pretty much with old school coils. 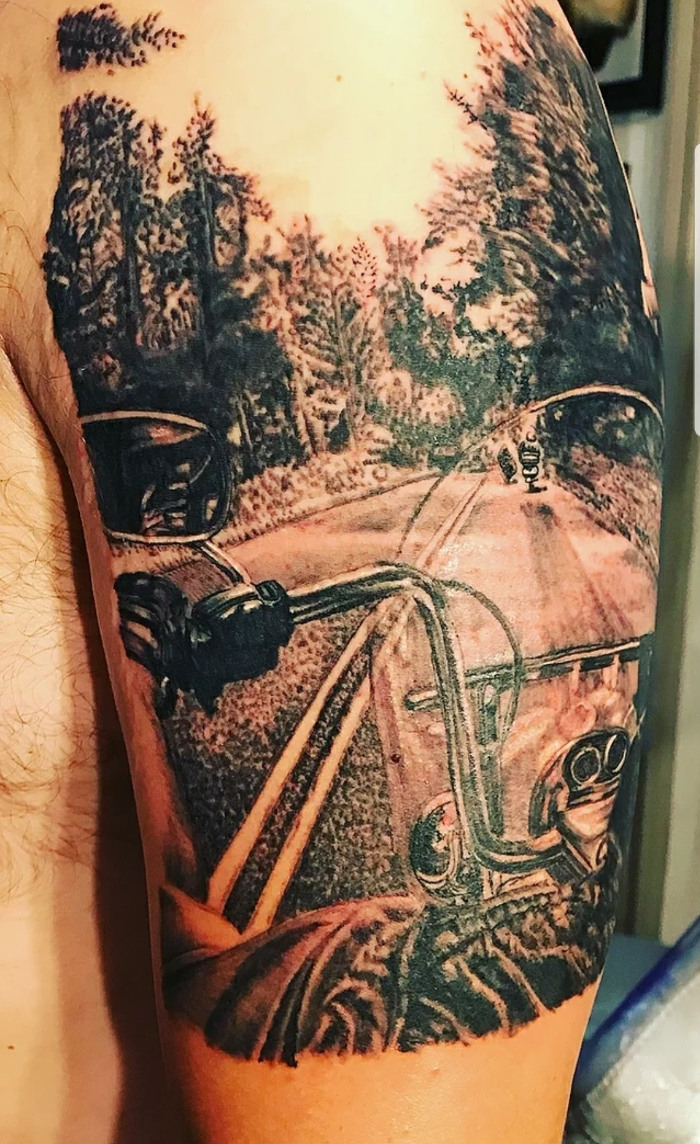 The majority of the time, the artists at 401 are booked out months in advance. Bissette and Meyers, who brings two decades of award-winning experience to the team, do what they can to work guest spots and conventions into their schedules. Bissette, who rides with a legion of veteran motorcycle enthusiasts as yet another pastime, is also the organizer and host of Raleigh’s annual Tattoo Fest, which takes place alongside The Capital City Bike fest, with proceeds supporting the NC USO and Veterans Corps.

From the creative environment and unique forms of art to all of the weird and cool objects on display, 401 is Lissette’s home away from home — and a place and passion he loves to share.