July 4th, 2000 was more than an average Independence Day for Chad Willingham. That was the day that, after working at tattoo shops in California, that he, and wife Rebecca, opened their own studio — Aces-N-Eights Tattoo, in Lakewood, Washington, south of Seattle.

“I went through the struggles my first few years working at other shops; it takes a long time to get decent at tattooing and build a clientele,” Chad says. “It doesn’t happen overnight, and you put everything into it and hope it eventually comes around.”

Chad was joined by his friend Ross McWilliams, and for the first few years, it was just the two of them working 10-12 hours a day, seven days a week, while they put together a family of artists who formed just the right mix. 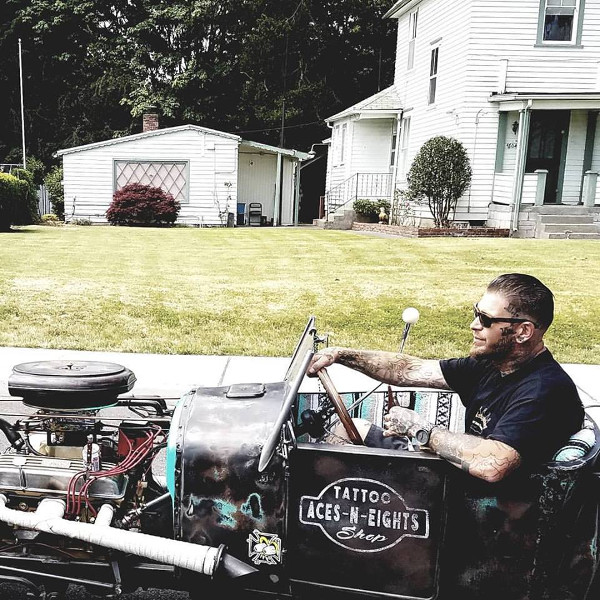 “You see a lot of tattoo artists who are rock stars and like to party, and we didn’t what that,” Chad says. “We we’re focused on having a tattoo shop that was all artists that

had been in industry for a while, had families, and were focused on their work.”

“If you have one person that’s better than everyone else, and has a rockstar mentality, it doesn’t work,” Chad adds.

“Everyone at the shop is very well-rounded, but just because somebody is referred to a specific artist, doesn’t mean that they’re the the best for that tattoo,” Chad adds. “That tattoo is going to go to whoever is really going to nail it.” 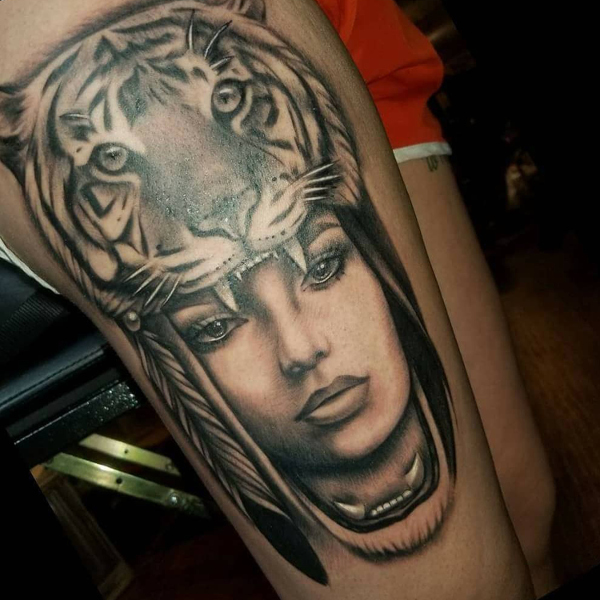 Aces-N-Eights takes pride in creating custom designs for nearly every tattoo. It was just recently that they hung up a few panels of flash, and that was simply to accommodate the people who walk in and just want something quick and simple.

“We’ll usually sit down with clients and go over ideas. We like to get everything written down on paper, and gather up any references they might like. Unless it’s something small, we’ll get back to them with the finished artwork after they’ve scheduled their appointment,” Chad says.

“You can hope that people get referred to you or that they’ve seen your work, and that’s why they come to you so you, and they are open minded about it. I’m pretty grateful because I would say 90 percent of my clientele will stop by, call or email me and say this is the kind of style I want — create it,” Chad adds. “That’s when the tattoo comes out the best.” 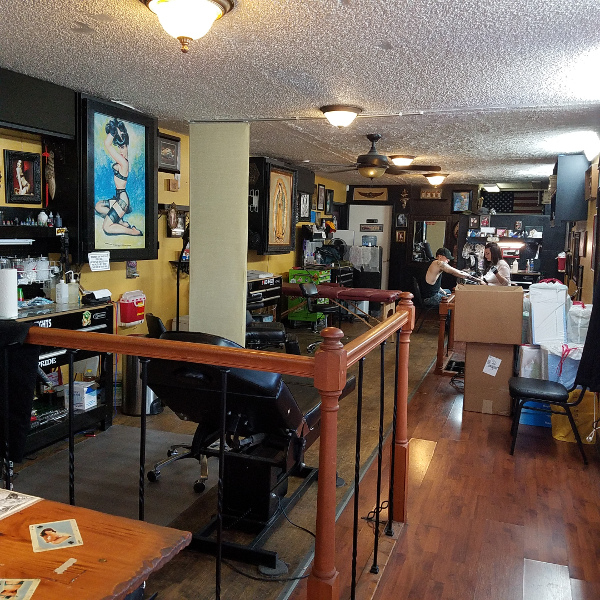 As you might expect with a name like Aces-N-Eights, the shop has a classic vibe complete with old school pinup posters — if you’re lucky, you might even catch Chad cruising around town in his rat-rod. There’s an open floor plan with four workstations, and for those special clients and more involved tattoos, there’s a private studio just up the street — here you’ll find a 300-gallon koi tank surrounded by Japanese decor.

Ink preferences are for Fusion, Empire and Dynamic. Bloodhound Irons and Bishop rotaries are the machines of choice.

“I’ve been using Bloodhounds for 12 years. He’s a great machine builder. I do a lot of fineline black and grey, and they get the job done,” Chad says. “The Bishops have been great, and this past year, I’ve also tried out the Helios rotary pen from Europe; 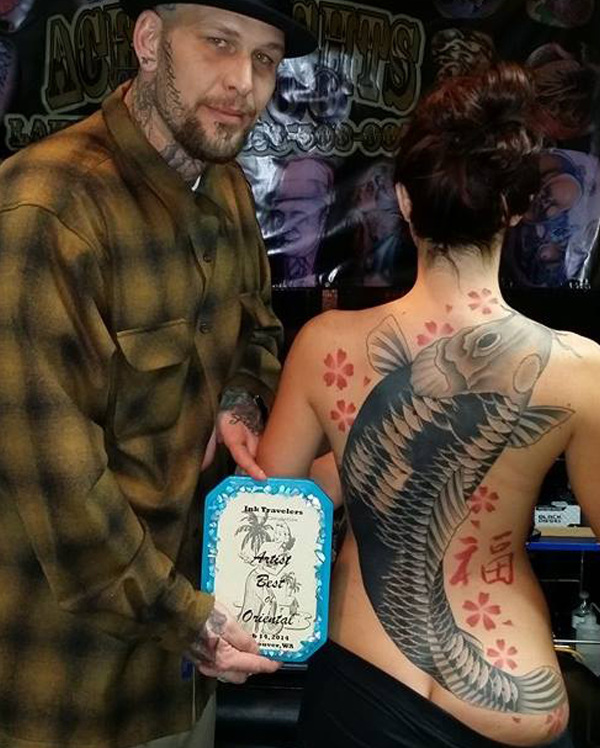 they’re amazing, and Bishop is going with that same concept now as well.”

As the artistic reputation for Aces-N-Eights has grown, so has their recognition as a reputable and progressive business. Out of more than 200 tattoo shops in Washington State, they’re consistently voted among the top-ten, and as crazy as it might sound, they’ve also been named Best Small Business in their county.  A lot of that has to do with their willingness to share their good fortune with those who have less.

“The world’s not what it used to be; it’s a lot rougher. It’s nice to be able to give back,” Chad says.

Giving back goes for artist to artist as well.

“I’m a strong believer that once you think you know it all, you’re stuck like that,” Chad says. “When somebody here learns something new, they share it with everyone else. This is a big thing that holds our shop together,”