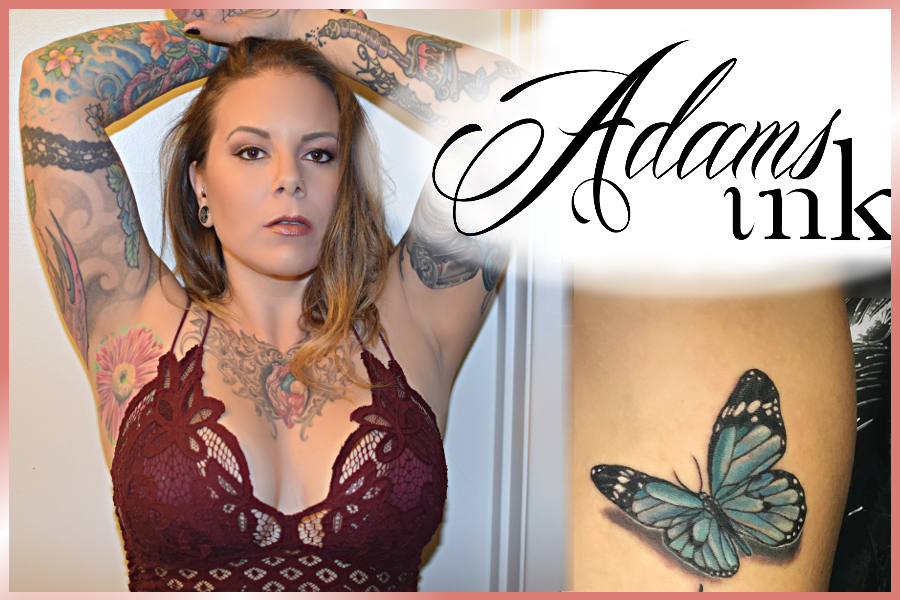 It was an accident. We’re not talking about the, “Oops, I wore different color socks” type of accident, either. It was a cosmic shift of fate, the kind that leads one to ponder the real possibility of the multiverse theory. But don’t mix this up in your head. “Accident” and “mistake” are not always synonymous.

Angela Adams had her life’s plans on lockdown. Music was her passion; her talent at the canvas, just a bonus on the score card. After high school, the native-born daughter of Sonora, California would head down to the southern end of the state to pursue that passion academically. But then life happened. 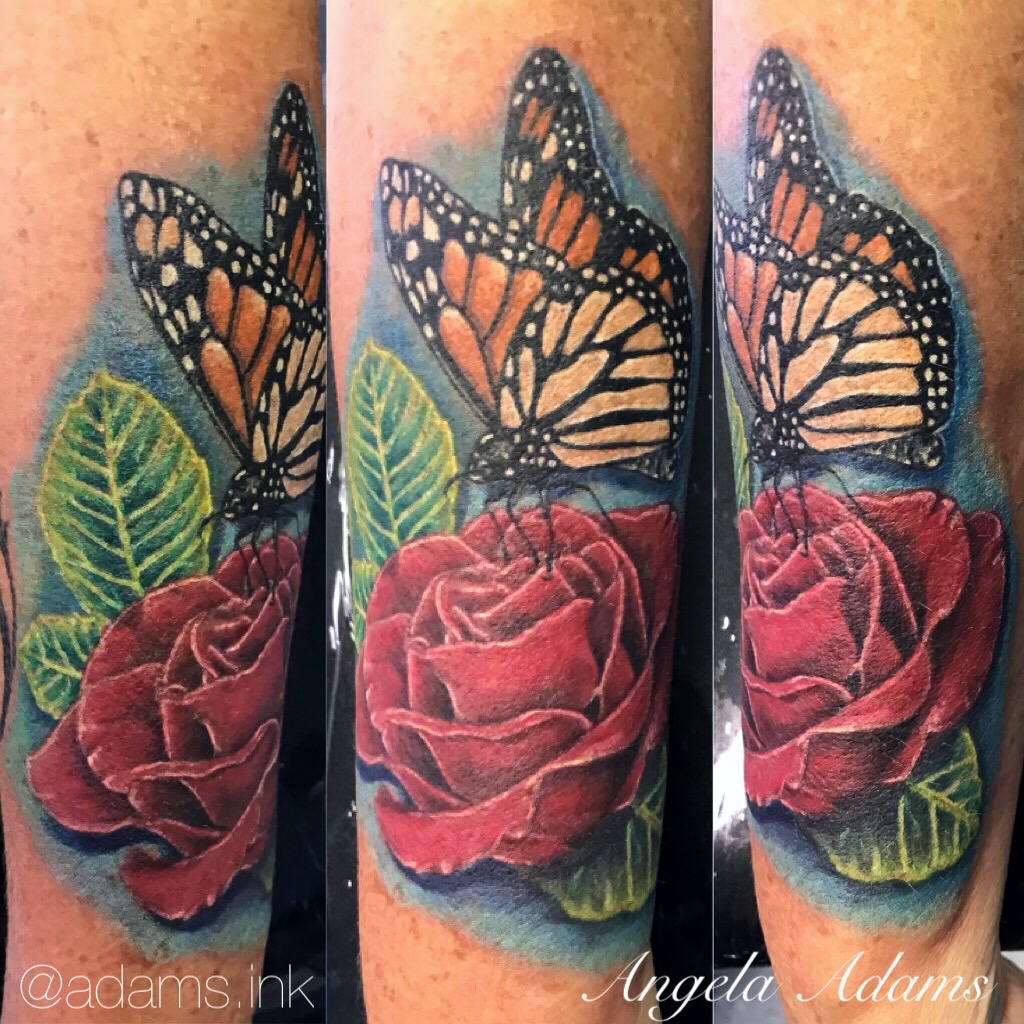 “I never made it down there,” she states, matter-of-factly. It wasn’t failure. Just distraction. The butterfly effect, if you will, but in this case, the butterfly was a tattoo. One session under the needle was all it took to flip her existence on its ear.

“The artist that did my first tattoo was actually looking for an apprentice. He offered me the position and I never looked back. Now here I am, 17 years later, still going strong.” Had the tenets of The Adjustment Bureau been based on reality, the Almighty’s agents would have been swarming the studio that day with the fervor of an angry hornet colony. Or maybe they were there and that’s the reason we’re having this conversation. We’ll leave that to the philosophers.

She outgrew her apprenticeship almost immediately. Within the first year of picking up the machine, she was already on her own as the proprietor of Immortal Ink Tattoo in her home town of Sonora, which she ran successfully for eight years. But as time stretched on, life began to hand her more roles to fill. First, wife, then mother, then mother of two. A hiatus from her craft became all but mandatory. 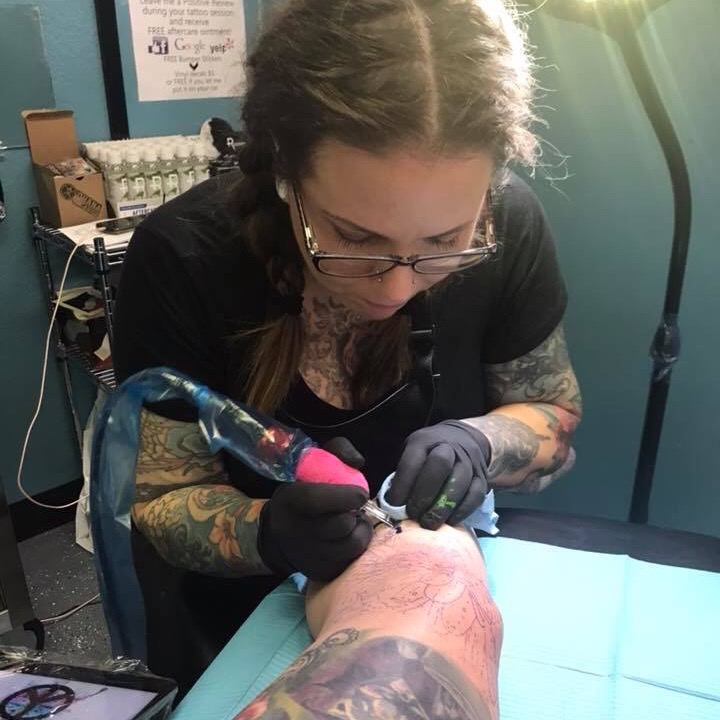 “Unfortunately, child care just isn’t affordable enough,” she laments, echoing the sentiments of middle-class mothers across the Western world. “But now that both of my boys are school age, I am able to work weekends and weekdays while they are in school in the morning.”

Upon her return, she initially tried her hand at a run-of-the mill street shop, but quickly realized she could strike a much more satisfying work/life balance if she went independent. The result was Adams Ink, her private, one-woman operation that has quickly become the best-kept secret of Modesto, California. Secret might be a mischaracterization; she’s booked up for the next nine months.

In her words, opening a private studio was “The best thing I ever did . . . It allows flexibility in my schedule to work around family events. I currently work weekday mornings while my kids are in school, and I also work weekends while my husband is home and off of work.” It’s turned out to be a near-perfect balance. Any mother will attest to the juggling act of raising two sons, and her boys, now eight and 11 are no exception. There are the school events, boy scouts, ballgames, sleepovers, the list is endless, simultaneously blissful and mind-numbing. She takes it all in stride. In fact, compared to running a full-fledge street shop, the new arrangement is “a piece of cake.” 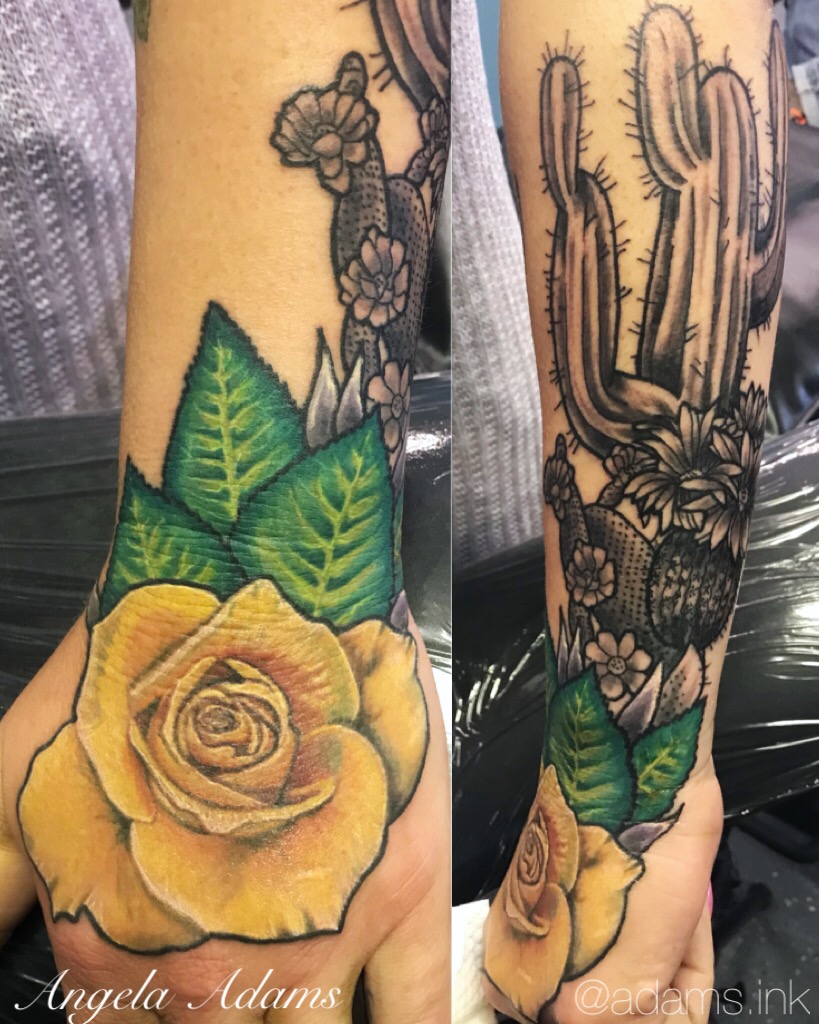 “Running a business has always come very naturally for me,” she says, “which is great, because it doesn’t take a lot of my brain space and allows me to really focus on just tattooing.” A casual perusal through her portfolio will attest to her assertion. Her work speaks for itself; diverse, incredibly detailed, and with just the right touch of playfulness that allows her to carve her niche. What stretches that niche even further is her personal dedication to a vegan lifestyle, which she happily carries into her profession.

“I make sure that everything I use during the Tattoo is all vegan. Eternal Ink is vegan, and I use vegan ointments as well. I also have Ohana Organics Tattoo Butter available for aftercare. I personally use it to heal my own tattoos and it’s amazing stuff.”

Adams readily admits that she still hopes to pursue music again one day, but she doesn’t regret the path she chose, even for a second. The truth is, regret really isn’t in her lexicon.

“I honestly wouldn’t change anything. I think the person that anyone is to this day is made up of trials and errors. Even through the bad times, I learn things. All of my experiences have made me who I am today and have helped me to grow, not only as an artist, but also as a wife and mother.”