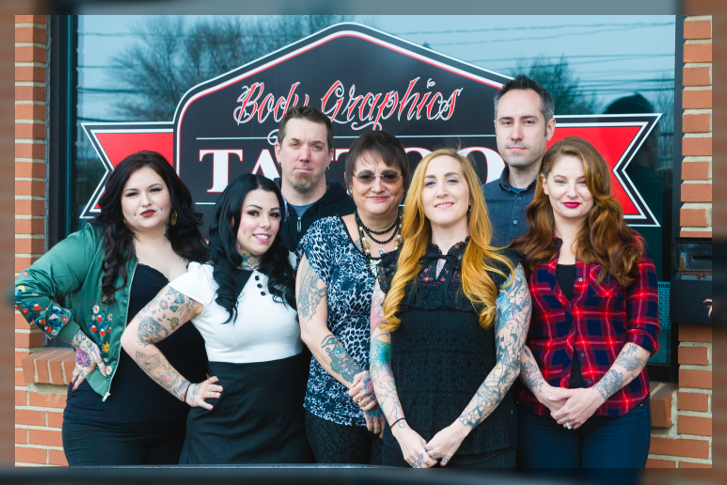 The tone is tongue in cheek; the words, uttered in mock braggadocio. A true narcissist, our subject is not. Yet, there is an element of truth in her jest.

Theresa Cardella is kind of a big deal, at least within this space. The part-time tattoo model has appeared in a hefty handful of publications dedicated to the subdermal arts, Inked Magazine and Freshly Inked being among them. You may know her as the canvas-sans-clothing that graced the cover of PAIN this past April, promoting Papillon’s new line of vegan, hemp-based Ink. There’s an audible blush when the topic is broached.

“Yeah, I didn’t think they were going to use that one,” she chuckles sheepishly, but then backsteps the tones of modesty, “It’s 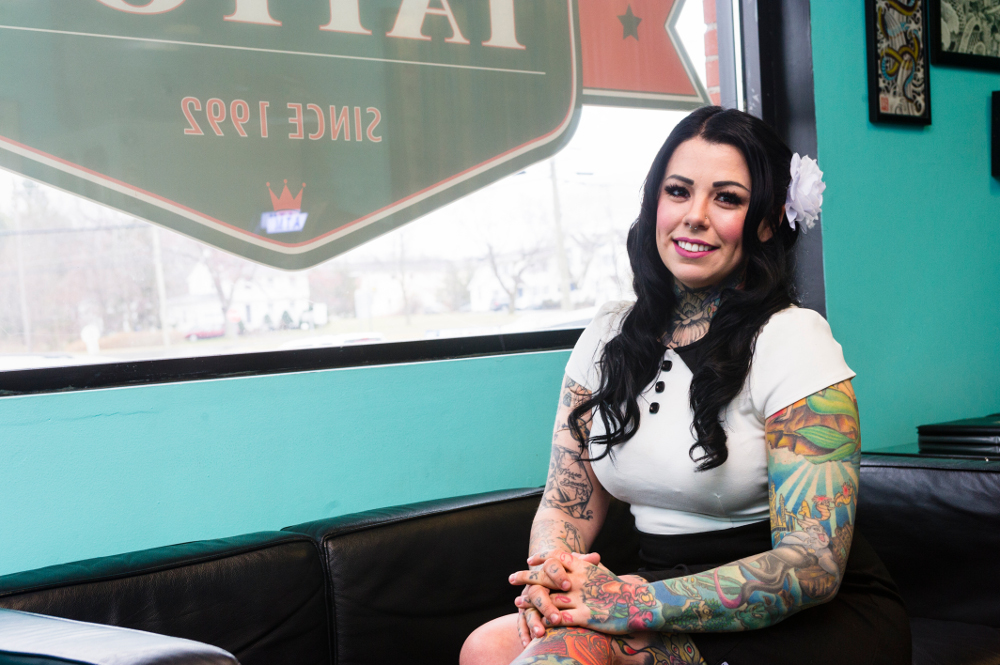 But if the opening quote has you wondering, no, her apartment doesn’t smell like rich mahogany, nor does it contain many leather-bound books. “Probably more like dead bugs and animal carcasses, with lots of cat hair.” That’s not as weird as it sounds. She’s a bug-pinning and taxidermy enthusiast. The rest is self-explanatory.

But this is all peripheral. She’s more interested in discussing Body Graphics Tattoo, the South Windsor, CT shop she’s proudly managed for the past eight years.

Founded in 1992, Body Graphics has become a transgenerational institution of the local community, almost a rite of passage handed down from parent to progeny.

“I hear every day, ‘Oh, my mom got tattooed here when she was 18.’ It’s crazy.” Crazier yet, many of them even shared the same artist. That would be Gypsy, who’s been marking flesh under the Body Graphics banner since the studio’s inception. 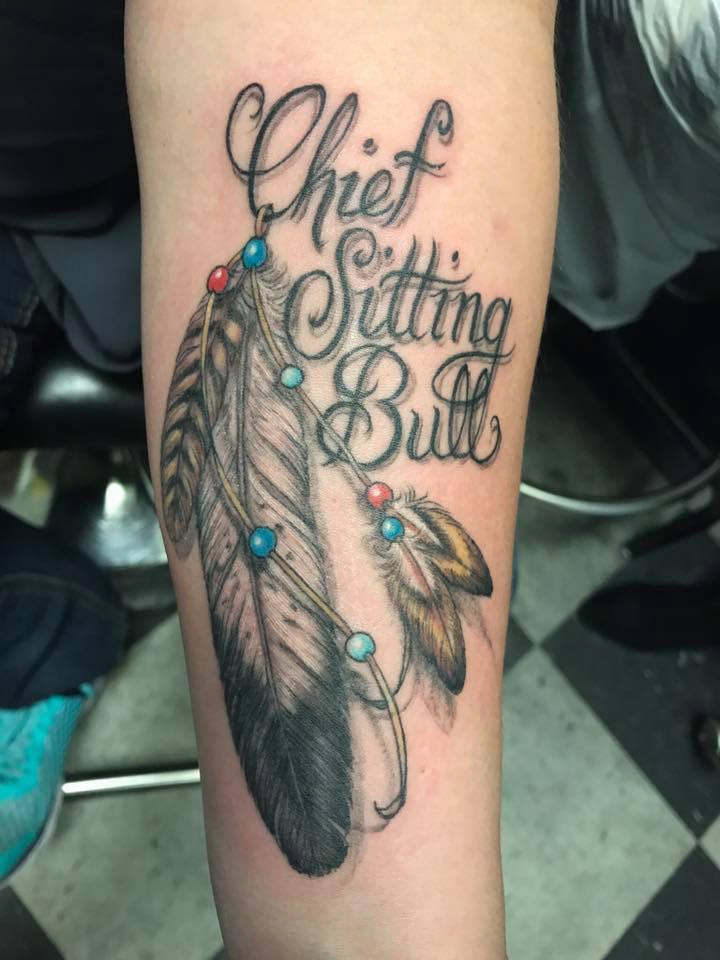 “When I started,” Gypsy recalls, “I believe there were about 50 female tattoo artists worldwide. Now it’s probably 50/50.” The topic triggers memories of days long past, when men would refuse her services, solely over the fact that she is a woman. Flawed logic, in her mind.

“I believe that women really have—well—call it a feminine touch. We know how to work with the flow of the body.” It’s a good point, one that’s backed up by the fact that she’s outlasted most of her male colleagues.

Speaking of her colleagues, Gypsy’s three decades of consistent work may grant her a legendary status, but the team of artists who surround her are nothing to be scoffed at either. A quick perusal of their work would reveal as much. Theresa couldn’t agree more.

“Everything everyone here does is solid,” she asserts confidently. “Everything is smooth, all the fades are perfect. Everybody here puts a lot of work into the quality of their tattoos. There’s never a half-assed job done here.”

But in an era of oversaturated media and tired ad gimmicks, quality alone is sadly not the only ingredient in the recipe for success. This is where Theresa comes in.

“I’m the first person everybody sees,” she says, stressing the 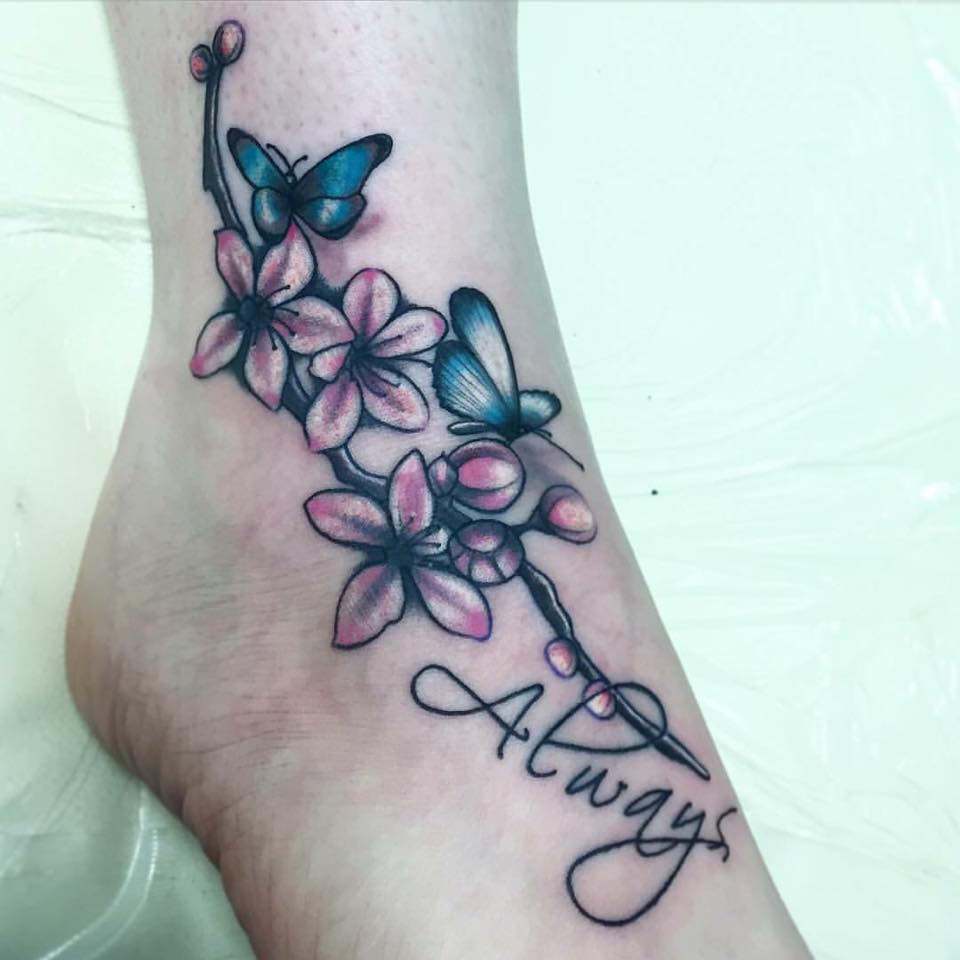 importance of both a friendly atmosphere and an effective marking strategy. “It’s important to be nice . . . We care about our customers. And not just like, kind of care. No, we care. We talk to them . . . It’s a cool bond. That makes our customers loyal and it encourages them to send their friends. They know we’ll take care of them.”

This is enhanced further by her frequent Facebook Live chats. Sometimes they’re for promoting specials and sometimes they’re more or less to cure boredom, but the result is always the same: more business, and a clientele that feels connected.

“It’s just a cool, fun way to interact with potential customers. I can even talk to other tattooers and bring them on my livestream. It’s pretty awesome just how far you can go with it.”