Wasted Talent Tattoos – Rogers, Texas. You might have more Facebook friends than Rogers, Texas has inhabitants. Seriously. The square acre of local businesses and country homes that straddles the road from Temple to Houston boasts a population of a whopping 1,209. For perspective, that’s less than a third of the size of Houston’s average public high school. 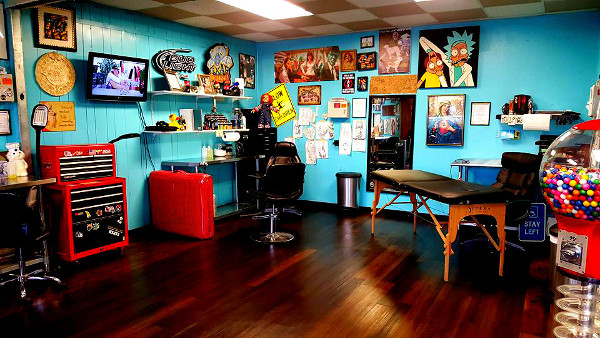 It’s a classic holdover of the Americana of yesteryear, a pass-through gem of a town full of aging buildings and friendly folk who love their football almost as much as they detest the confinement of city living. But beyond that, it’s difficult for the uninitiated to pinpoint the cause for its recent uptick in visitors. The city’s website dubs it the “Best Kept Secret in Central Texas,” but they’re not clear on what that secret is. They mention a handful of businesses, a capable fire department, and a Dollar General, but none of that is particularly unique.

For those in the know, the secret isn’t a secret at all. It’s Wasted Talent Tattoos, a custom studio founded by native son, Chris Ramos, that has already inspired the pilgrimages of ink enthusiasts from around the region and beyond after only a year in business. 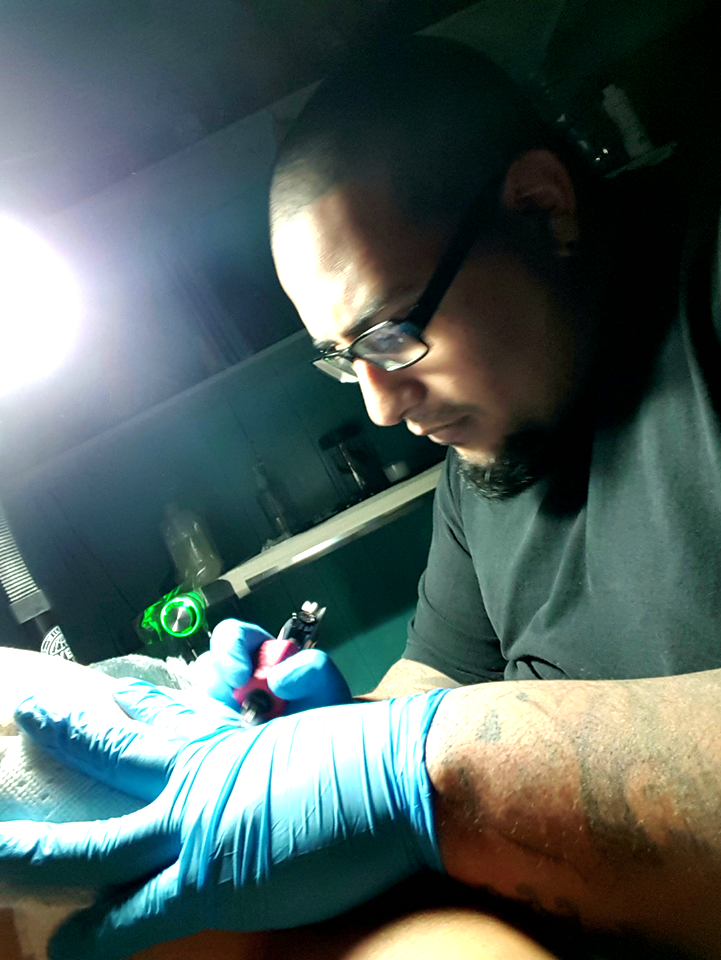 It’s an impressive story, especially considering that Chris started his career as a 12-year-old in a garage inking his friends with a homemade machine he’d fashioned from discarded VCR parts. For those reeling at the idea of being tattooed by a self-taught wildling, worry not; he eventually put in four years at a shop in the neighboring city of Belton and smoothed out any remaining rough edges. Even so, it would be easy to write him off as a “scratcher,” but to do so would also be lazy.

As his wife, Kristina is quick to point out, “He was still professional. He still wore gloves, he still did what he needed to. Actual scratchers don’t do that. They don’t protect the area they’re tattooing, they don’t clean it, they don’t wear gloves, they don’t sanitize.”

Kristina is more than just Chris’s doting wife. She’s also the mother of his two children, his first love since 14, and the backbone of his work. She’s the unofficial fifth employee of a business with four on the books, the one responsible for all the “adulting” that a tattoo business entails, the overseer of the everyday details that Chris admits would fall through the cracks if it were left to him. 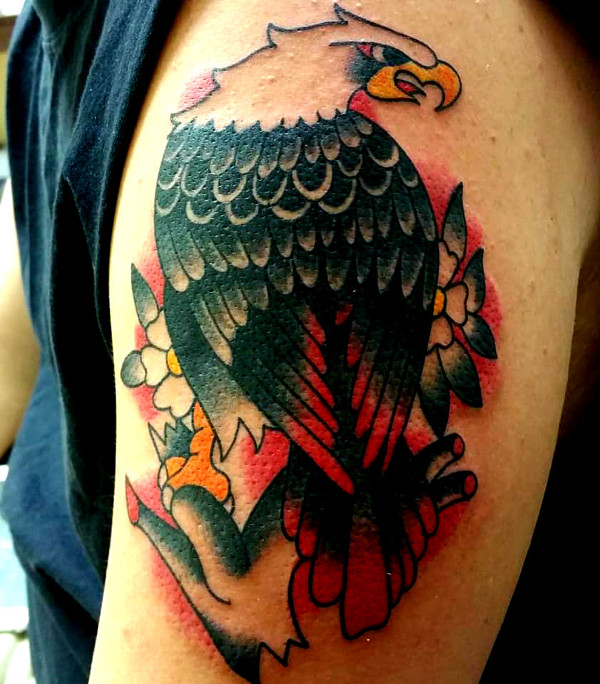 Considering the stereotype of small town America, it’s a wonder they haven’t been driven out for peddling their sinful services. Luckily, Rogers doesn’t fit the stereotype.

“They don’t see us as tattoo people,” Chris suggests. “They just see us as another family growing their business.”

“They were more excited about having a tattoo shop in Rogers than anything,” Kristina, chimes in. “They were thinking it would be more publicity, more people coming out this way and letting little Rogers become more well known.” 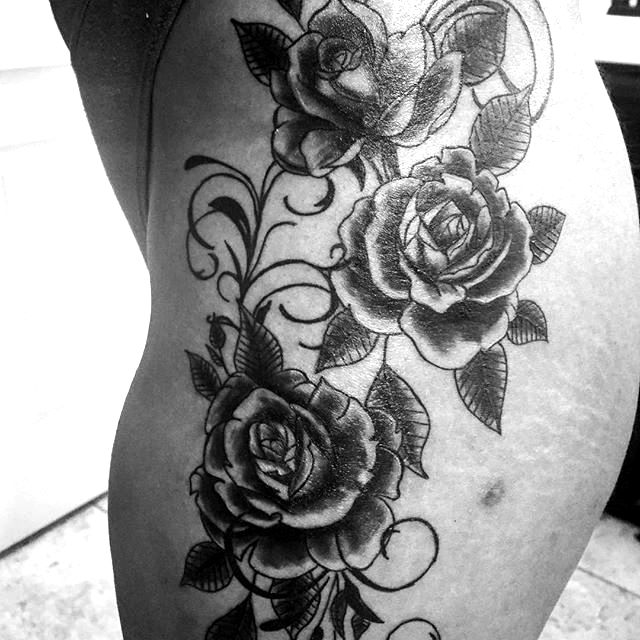 Their excitement is merited. The shop maintains a fully booked calendar at least three months in advance with clientele coming from as far as Canada. And according to Chris, nine out of ten of his visitors will hit the Mexican joint next door for dinner, grab a soda and snack at the drug store or even go across the street to pick up a trinket or two from the antique shop. It’s a win for everyone.

All of this has been accomplished with barely a web presence to speak of. Their Facebook page has been virtually dormant since Chris’s phone “crapped out” on him a month ago. They don’t even have an Instagram account. He chalks it all up to friendly service and quality of work, though he’s quick to back step on the latter in fear of sounding cocky. 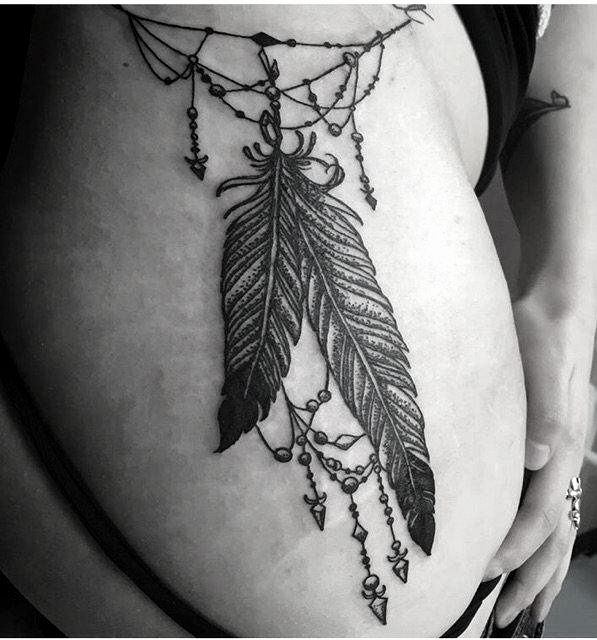 The true clincher is the fact that he knows his market and fits the bill. He and his staff are exactly what his town needs…individuals who embody the local culture but whose talent shines brightly enough to bring in the outsiders.

“I’m country as hell,” he says proudly. “We have more of a family vibe . . . We constantly have country music and oldies playing, like, low rider oldies. I don’t necessarily like the rocker vibe or gangster vibe of tattoo shops. I mean, it’s cool and all, but a lot of people in my region aren’t too welcomed by it.”

It’s just the country way; hard work, mutual respect, and most importantly, humility. He sums it up with his parting words, paraphrasing a quote from his hero:

“Don’t ever think you’re the best. There’s always something to learn. Every tattoo, you learn something new. It was Sailor Jerry who said, ‘Once you think you’re top dog, you’re on your way out.’”