Everybody started somewhere. When Big Mike Hill began tattooing he was working out of his kitchen and trading services for eight-tracks and cassettes. That was back in the early nineties when tattooing was still relatively underground, and you couldn’t just log onto the internet and watch a few how-to videos to sort of figure things out. Mike actually got his first lessons from his “roommate.”

“I’d done a couple of tattoos with the old ‘pick and poke’ way,” Mike says, “and then I got into some trouble and ended up serving a three and a half years sentence. I spent a lot of time covering for my roommate while he was tattooing, you know, watching for the guards and so forth. One day, he showed me how to build a machine and tattoo with it. I’d always been into drawing and painting, and I feel in love with tattooing.”

The first thing Mike did upon being released was to seek out a real apprenticeship — and was told straight up: “Go fuck yourself.” 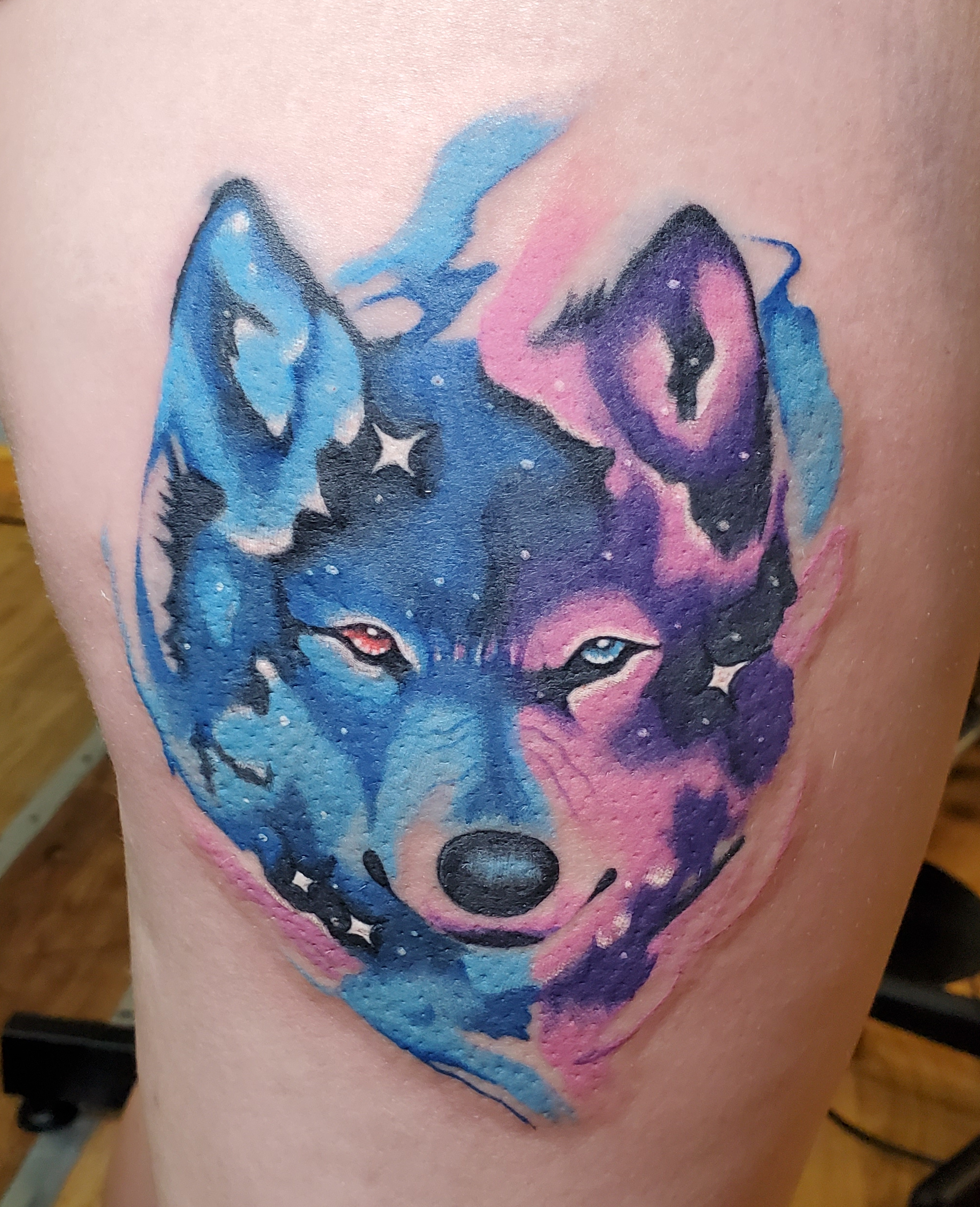 “I was literally trying to learn my craft. I went to one of the local shops here and was told that I would never amount to anything,” Mike says. “Funny thing is, two months later I opened my own shop and that guy has hated me ever since.”

One reason could be because Mike turned out to be a darn good professional tattoo artist. He opened Flesh to Fantasy Tattoo Emporium in 1996 — the Bellefontaine, Ohio studio was originally known as The Dragon Cafe, and was a place where you could get a tattoo and also play a few campaigns of Dungeons & Dragons. Mike was on his own for a while, improving his skills and gaining a following.

It was his wife Kaytonya, now a permanent makeup artist there, who suggested Mike get more training. Mike took her advice and spent two weeks at an intensive seminar in Florida, and wound up mentoring under the instructor for another eight months. 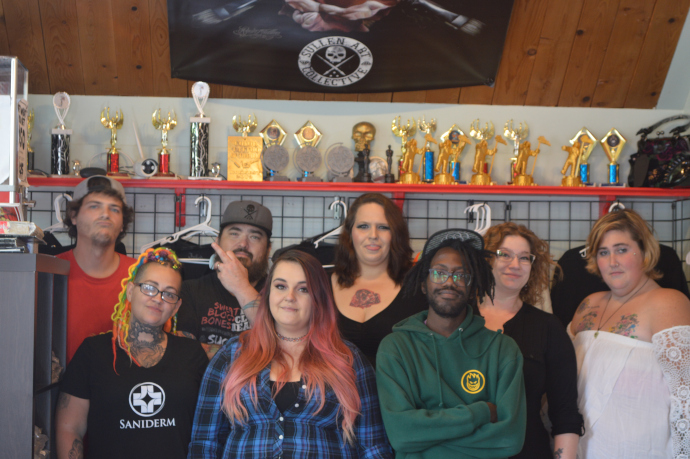 The turning point came when Mike felt he was good enough to guarantee his work — a promise that has carried over with his entire staff. “If a tattoo is faded or a line comes out, we go back over it without any questions asked,” he says.

“In the beginning, I was fixing a lot of my old work,” Mike admits. “I was the one who fucked them up, and I needed to make it right.”

Flesh to Fantasy has now earned its place as one of the top tattoo studios in the Midwest. It has a remarkable 4.9 Birdeye rating with over 400 positive reviews. Mike and his artists, who include Austin Arrington, Kellie Kremitzki, Brian Hughes, Marah Taylor and Heather Cottingim (Taylor and Cottingim are also professional piercers) are also fixtures at conventions around the country and have brought home 28 awards. 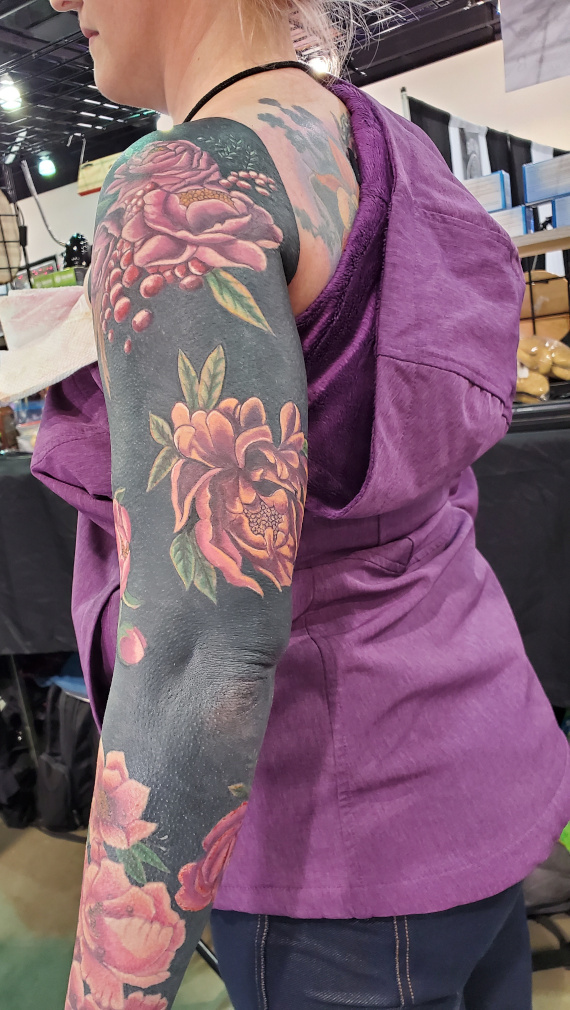 Bellefontaine is also home to Honda’s 40,000 square-foot manufacturing training center, so there’s no shortage of customers. There’s not much call for Honda logos though. The most common requests are lettering and flowers, which makes sense being that more than half of the clientele is female. The shop even has a kid-friendly waiting area that lends to its family friendly vibe.

Flesh to Fantasy recently opened a second location in Monroe, Ohio. It’s inside a flea market — yet completely adhering to all the health standards, and the arts take turns manning the booths there on weekends. Most of those tattoos, Mike says, are small walk-in stuff. But that’s okay because the real goal is to promote the art form and hopefully make some new clients who want bigger pieces done.

“One thing that makes us unique is that while we all have our favorite styles, we can also tattoo pretty much anything,” Mike says. “We do about 25 tattoo shows a year, and I think it really helps us to expand our passion to get around other artists and see what’s capable of being done.”

“We’re here to help people achieve something they never thought possible,” Mike says. “We do thousands of tattoos a year, and the biggest reward is seeing the people’s faces when their expectations have been met and exceeded.” 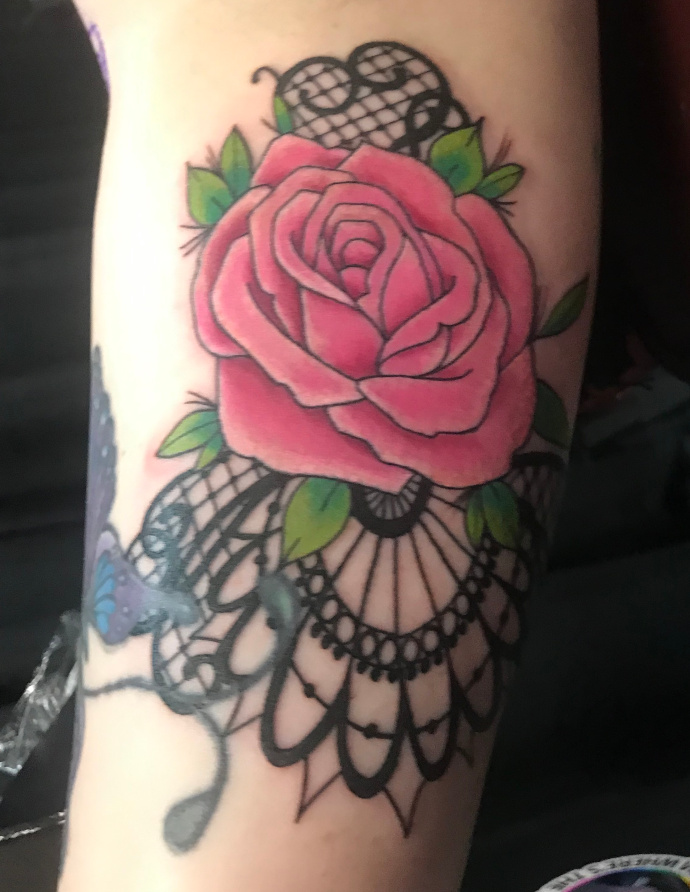