Brett Herman is no stranger to the pages of this publication. First showing up as a featured artist a year ago, his name has since regularly appeared as a co-author for a variety of columns whipped up by our editorial staff for your educational pleasure. The aspiring seven-string guitarist-turned-black and gray wizard has only been working the needle for a decade. But within that time-span, he’s accumulated a formidable wealth of insight.

But this article isn’t about Brett. It’s about Hidden Los Angeles, the explosively popular SoCal ink destination he cofounded with his colleagues and fellow artists, Richard Carniglia and Chris Velasquez. Brett is just the mouthpiece. 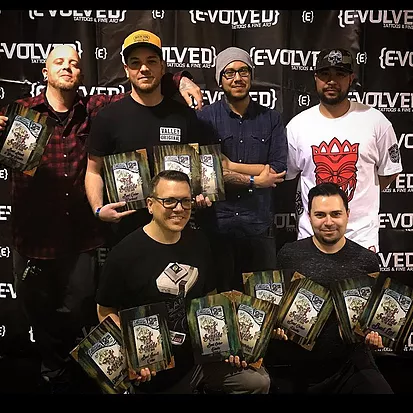 Only six years in existence, Hidden Los Angeles Tattoo and Fine Art has carved an impressive niche for itself. When it started in 2012, it was basically a parachute for three talented artists at a struggling shop about to go belly-up. Now, it’s one of LA’s most celebrated tattoo parlors, listed in the city’s top ten in a variety of surveys and publications. If Yelp is any indication of success, they’re maintaining a consistent five-star rating with 97 reviews and counting.

There’s a myriad of factors that greased the track to success, but Brett chalks it up to the basics: the time-tested combination of art and attitude.

It starts with the art, which they have on lockdown. Their six-artist roster boasts a level of quality and notoriety that would keep any shop alive, and that statement doesn’t even touch the diversity. Whether you’re looking for black and gray portrait work, color realism, traditional/neo-traditional, dark art/sci-fi, or something completely different, there’s someone on the list who can make your idea a reality.

“Yeah,” Brett acknowledges, “Our crew had done a bunch of cool shit. Jamie’s on Ink Master now and Marc started a style called ‘Game Frame’ tattooing—all of us have definitely created a niche for ourselves.” But for Brett, this aspect is basically a given. It’s not arrogance that guides this; the work just speaks for itself. He quickly shifts the conversation to the second element.

“What sustains all of that is just keeping up that attitude.” This is the thrust of what is on his mind. Los Angeles is a verifiable breeding ground for ego-centric class consciousness. It’s all about who you are and who you know. But while they’ve inked the skin of so-called celebrities—everyone from Christopher ‘McLovin’ Mintz-Plasse to Britney Spears (ask Brett to tell you that story; it’s hilarious)—they make it a point to treat every client like they’re the most important chunk of flesh they’ve been privileged to mark thus far.

“Famous or not, they are all super cool,” Brett says, a tone of gratitude warming his words. “We have awesome clients who have made us what we are.” 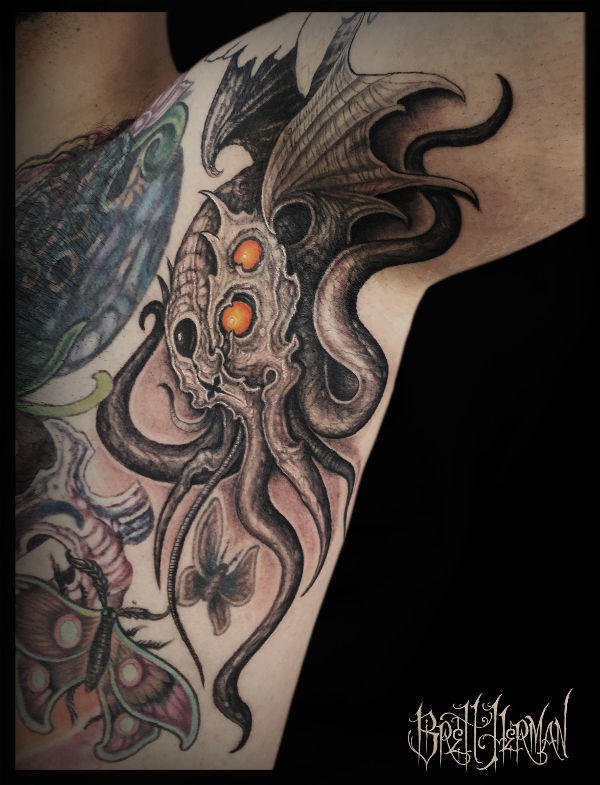 “Just being in LA,” he goes on, “you see random people. It’s like, ‘Oh, that’s that famous dude right there,’ but really, they’re just people. They’ve gotten some fame for something they did and good for them, but they’re still just normal people.”

But as much as he’s inclined to focus on these basic, but enviable aspects of their business, it would be a disservice to the reader not to discuss the space itself. From the beginning, Brett and company wanted to build something special. When they acquired their storefront, it was the standard series of retail shoeboxes with restrictive walls and suburban-style ceiling styles. Not for long.

“We took all the ceiling tiles out and exposed everything,” Brett recalls. “We really opened it up and gave it a rustic industrial look and put in this super-cool hardwood floor.” The renovations didn’t stop there. In fact, over the six years the operation has been in business, they’ve averaged a renovation a year. No matter the stage in their evolution, the space has maintained a consistently unrivaled wow factor with an open feel and walls covered in canvases that are equally mind-blowing and unique. 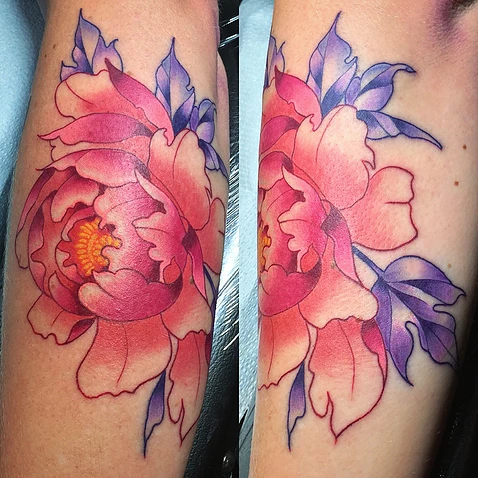 Originally, the space doubled as an art gallery, with shows hosted at least once a quarter.

“It really wasn’t a big money maker,” Brett acknowledges. “It was more just an excuse to throw parties.” Refreshingly honest though his words may be, the statement belies the deeper strategy of community outreach through art awareness.

“The stuff we were doing definitely helped us to become the talk of the town,” he qualifies. “The wild parties (we once went through a keg in 45 minutes) the networking . . . we were getting people from other shops to show their art too. We’ve always tried to embrace everybody. That definitely helped.”

Still, though, for Brett and his crew, it always comes back to the basics.

“We’re just trying to make good art. It doesn’t matter how cool we look to everybody. We just want to do good stuff and be happy with what we’re doing, which is hard enough as an artist, because you’re always your own biggest critic.”