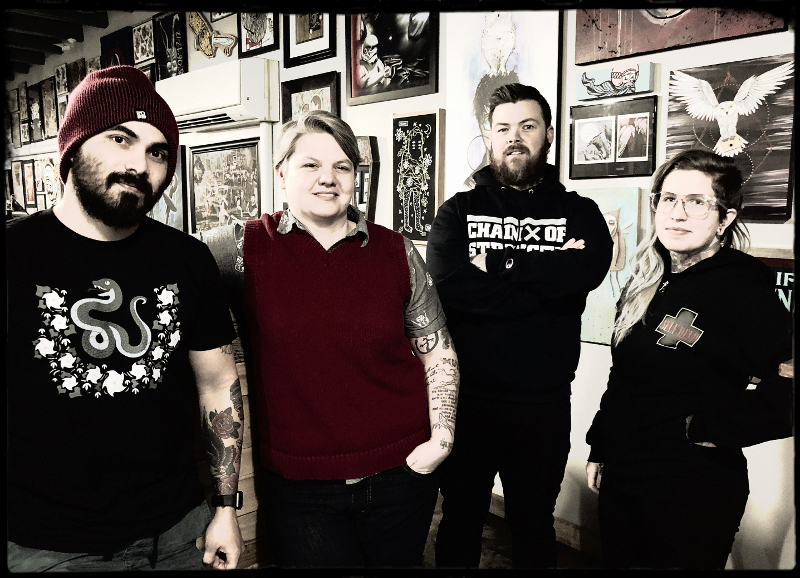 Danny Siviter’s path into the world of tattoos was anything but conventional.

Having grown up in the evangelical church during its heyday in the 80s and 90s, most of his earliest doodles were more than likely found on the margins of Sunday school curricula and church offering envelopes, media that don’t exactly pair well with pin-up girls and pirate skulls. Nevertheless, the trade would become his livelihood, eventually leading him to his current role as co-owner of 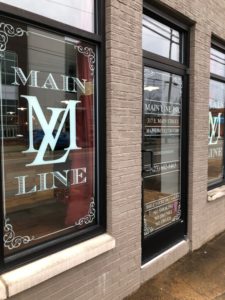 Now five years in business, Main Line Tattoo has quickly evolved from a fledgling, downtown owner-operated studio to Chattanooga’s number one ink destination. As of this past year, that is no longer an arbitrary statement; their name just made the top of the list of tattoo parlors in the local paper’s annual “Best of the Best,” an honor that came as a total surprise to Danny.

“Anyone has the opportunity to go online and vote so its literally the people of Chattanooga who decide,” Danny explains, “Which in my opinion is one the best awards a local business could ever receive.” 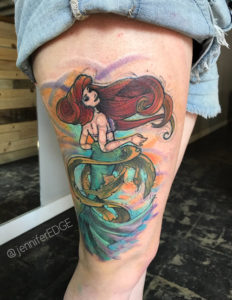 There are any number of reasons why such an honor was bestowed on the shop. It could have been the inviting atmosphere augmented by the open floor plan and rugged, but aesthetically pleasing décor. That was an aspect on which Danny and his partner, Jennifer Edge focused from the very beginning.

“Since we had an empty shell of a building, we got started fresh with no walls,” He recalls. “We decided to instead of building separate rooms we built half walls. It keeps the vibe open, so we can all talk to each other as well as greet every person that walks in.”

But then again, it could also be the diverse and highly skilled team of artists who man (or woman) the chairs. When the topic is broached, Danny wastes no time singing their praises like the choir boy he could have become. 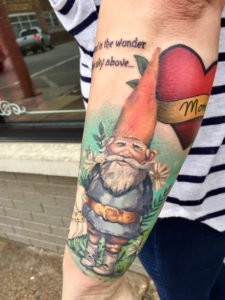 “Anier Fernandez is a phenomenal artist from Cuba who just came out of his apprenticeship with us and is out of the gate swinging. Kitty Konniption . . . does incredible illustrative tattoos, taking her inspiration from her love for Anime and Japanese culture as well as her love for traditional tattooing. Josh . . . can do it all. He’s the kind of artist that will take a sharpie and freehand a masterpiece. Jennifer Edge works her magic doing abstract illustrative tattoos. Her creativity and imagination never run dry. I’ve been doing a lot of black illustrative and dot work style lately.

Of course, each factor plays a part, but when pressed, Danny points to the general attitude of the staff.

“Being nice, good customer service; that is what put us there more than anything. Of course, we strive to put out the best work we can, but a tattoo experience goes far beyond the tattoo. If you hate the attitudes or someone is a dick to you, you’re less likely to ever go back.” 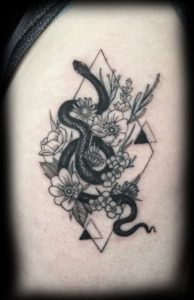 Considering his upbringing, one might logically assume Danny’s choice in profession to be a departure. Given, the passage in the Bible that forbids marking or cutting the body also instructs the reader not to wear fabrics of mixed thread or trim the corners of their beard, but the church’s general attitude toward tattooing has never been much better than begrudging tolerance. But assumption will most often lead to inaccuracy, and this instance reflects the rule rather than the exception.

“I do still hold on to my faith,” he states, unapologetically. But don’t expect a sermon. In fact, don’t expect much beyond open conversation. “I never force my beliefs on anyone and I respect anyone’s beliefs no matter how different they may be to mine,” he continues. “That’s where Christianity often gets it so wrong. They are so quick to judge and so slow to love. It’s not always as difficult as Christians make it out to be. We were taught to love . . . Sometimes I get questions and sometimes I get criticism. But no matter what, everyone has been respectful because they can see that I give the same level of respect.”