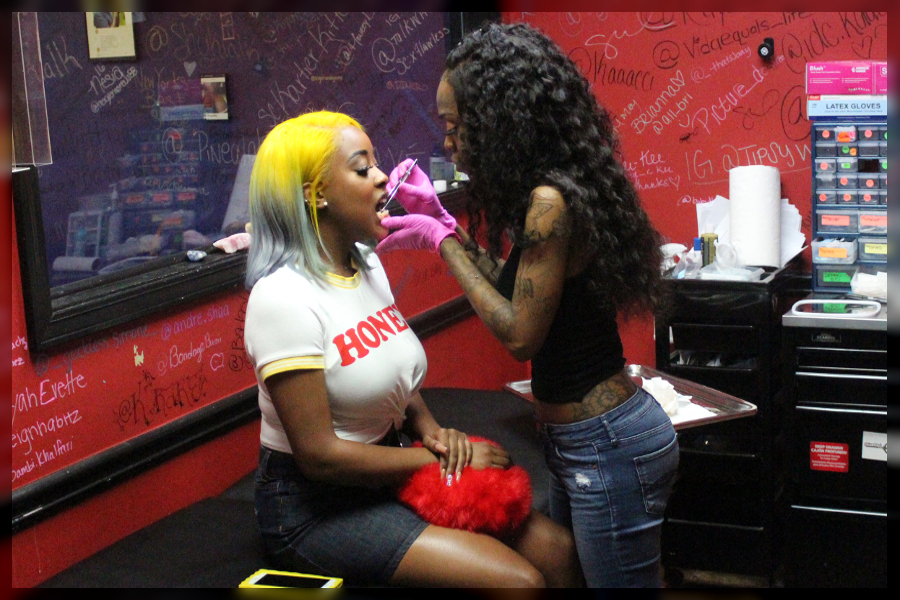 There’s a heavy tinge of sarcasm, augmented by a faux-melodious tone that frames the first sentence and morphs into that of a motorsports announcer with the second. “SUNDAYYYYYY.” The word revs like an engine, a staccato accent on “sun” followed by a lingering of the vowel sounds in “day.” A maniacal smile splits Shy’s face. She’s in full performance mode.

Meanwhile, her daughter, freshly pierced, sits on the bench, wiping tears from her eyes, along with a dab of blood from her nose.

Shy breaks into a celebration dance.

“You did good!” she says playfully. “That’s the first time you ain’t turned out like a pussy n—a!” 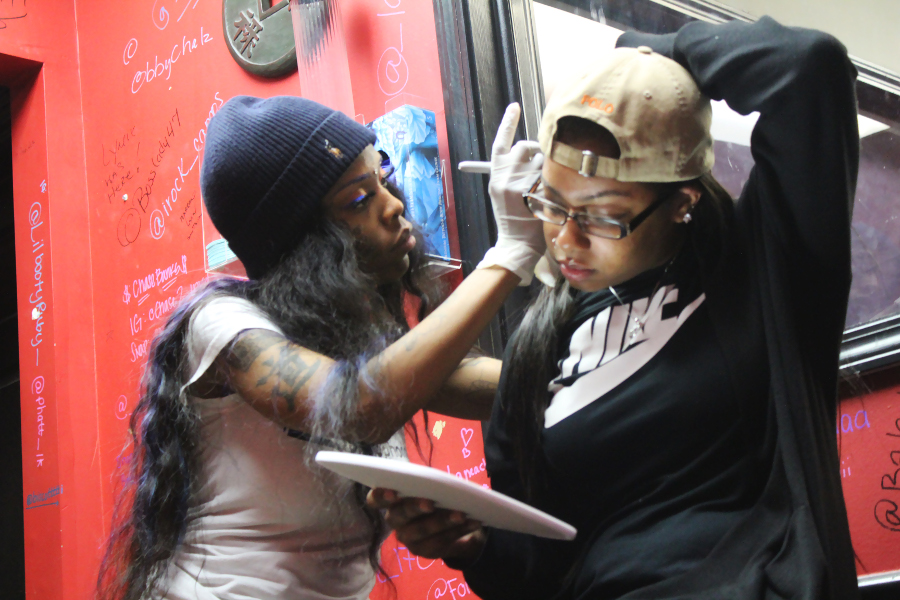 The moment described took place this past February. It was captured and immortalized via the Piercing Euphoria YouTube channel. The episode is entitled “Giving my daughter her 90th piercing,” and it’s garnered 1.6 million views to date.

It’s not hard to figure out why Shy has become such an internet powerhouse of a piercer (30,000 followers on Youtube; 120,000 on Instagram), or why her shop, Piercing Euphoria, has garnered so much acclaim, despite her ‘off the path’ location. She’s in the far southwest corner of Atlanta, right on the edge of the ‘perimeter’ as the locals call it, in a neighborhood most of her potential clients wouldn’t know existed, were it not for her. But they know she exists, and they make the trek to see her, often willing to wait hours on end for the opportunity to have their flesh punctured by the budding internet celebrity.

The secret is in the sauce. She has that ‘it’ factor, the natural magnetic star quality that leaves one pondering how she hasn’t yet scored her own reality TV show. But it’s also about understanding her audience; knowing how to engage them. 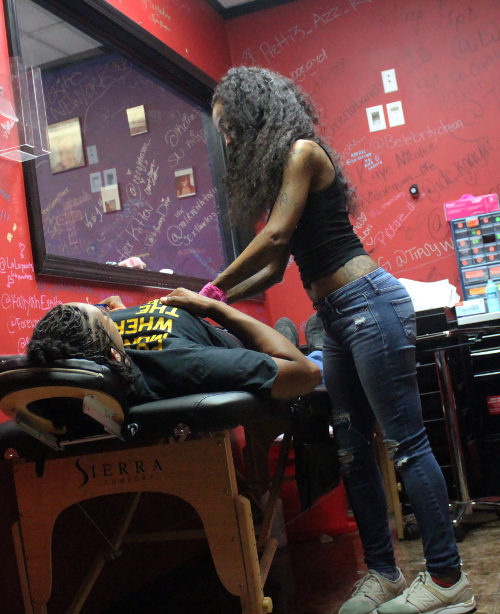 eople like to talk,” she offers. “People always want to be a part of something . . . They’re always clicking, trying to find out more. If you don’t give them something to go off of, they’ll become uninterested. People don’t hold their focus on things very long.”

In the studio, it’s about her animated and entertaining demeanor, yes, but it’s also about comfort, as well as technique—and perhaps a magic touch.

“I’m very personable. I’m fun. I’m informative. Fast, efficient . . . a lot of people say my piercings don’t hurt. I think I have a gift . . . I like to think it’s an ancestral thing, something that’s in my bloodline.”

As an African American woman, the knowledge of that bloodline has played a crucial role in the development of her career. She is on the fulcrum of a strange dichotomy, a member of the culture that pioneered the concept of body modification, yet largely shuns it as taboo today.

“When I was younger, my mother had these books in our house with all these tribal people” she recalls warmly. “I just used to look at their artwork . . . the cultural stuff they did for rituals. They had certain piercings . . . I started looking into why they were gauging their ears and why they had certain scars . . . that’s really what connected with me and drew me to it, 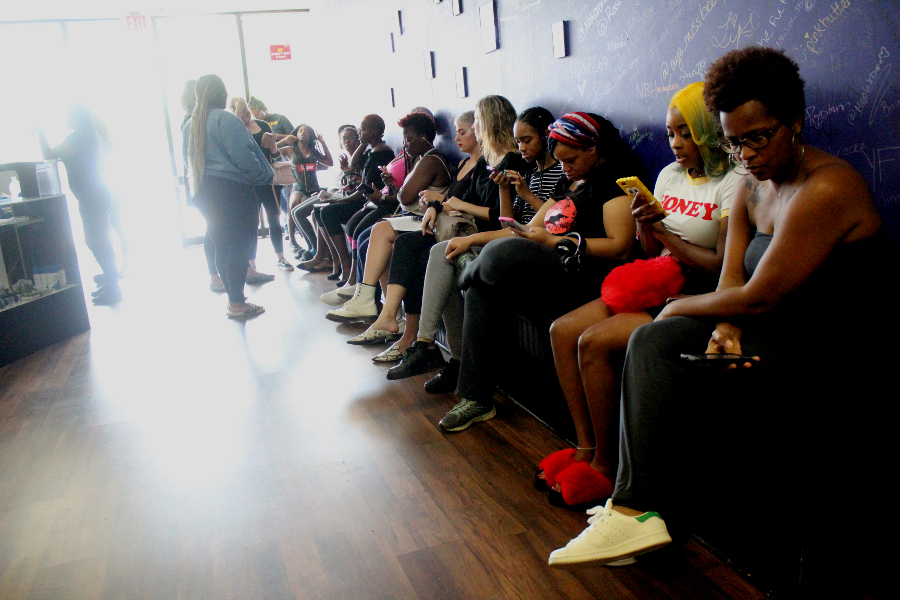 especially as I got older . . . I would like to try to break people out of the taboo of it in our culture. African Americans need to be reminded that this is something their ancestors did.”

Always the entrepreneur, Shy is taking full advantage of the current upward trajectory of her career by launching her own line of custom body jewelry. The line is a refreshing break from the typical barbells, hoops and plugs of the piercing world, one that expands the scope of what body jewelry can be and might go so far as to bring in a new clientele with the wide appeal of its pleasantly feminine vibe. And if there’s nothing in the catalog that grabs you, that’s OK; she can do custom pieces upon request.

But the real payoff isn’t the merchandising or the hype. It’s the joy in liberating others. Shy says it best.

“It’s all about freedom. I love being able to give the person the freedom they were looking for. They’re always so happy to get out of the chair with a new piercing . . . I’m happy I can give them something to help them feel alive.”

“It’s just a cool, fun way to interact with potential customers. I can even talk to other tattooers and bring them on my livestream. It’s pretty awesome just how far you can go with it.”