The once Mecca of the Canadian auto industry has slipped a bit since outsourcing became the norm. The GMC factory is still here, but the workforce and output are a fraction of what they were in the glory days. Former promotional slogans like, “The City that Motovates Canada” have understandably faded from banners and brochures, replaced by the more ambiguous, “Prepare to be Amazed!” 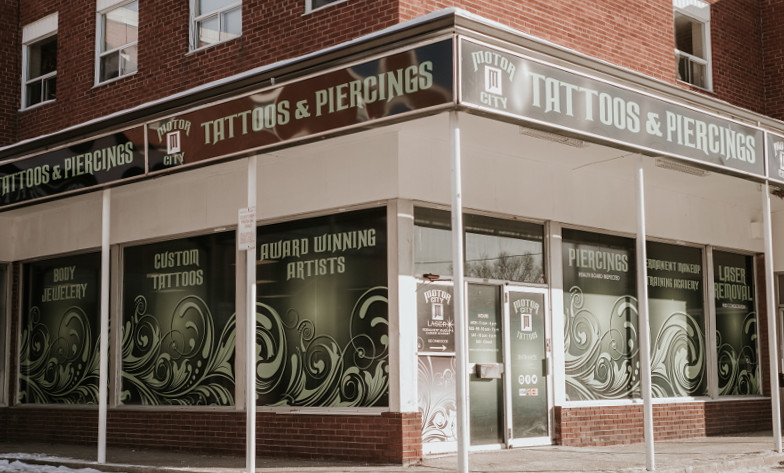 The snow crunches under your tires as you pull into the strip mall on the corner of Dean and Wilson. There’s an army of cigarette smokers flanking the door to a pub, many of them wearing factory jumpsuits under their parkas. They smile and a few even say hello. You ask them where to find Motor City Tattoos and everyone immediately points to the other end of the parking lot, the side empty of loiterers. 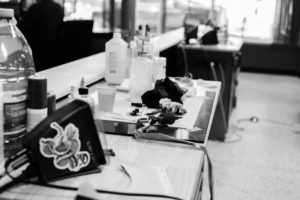 As you walk into the tattoo studio, the first thing that strikes you is how bright and inviting the space feels. 4,000 square feet, most of it one open room, divided between the waiting area and the humming workspace by a desk manned by a smiling greeter. Even your mom could feel comfortable here. The waiting area feels like a high-end neighborhood coffee shop with more than ample seating space for clients waiting to be interviewed.

Yes, at Motor City, the artists interview the clients. Lorena Welsh, the more outgoing half of the husband/wife ownership team explains. 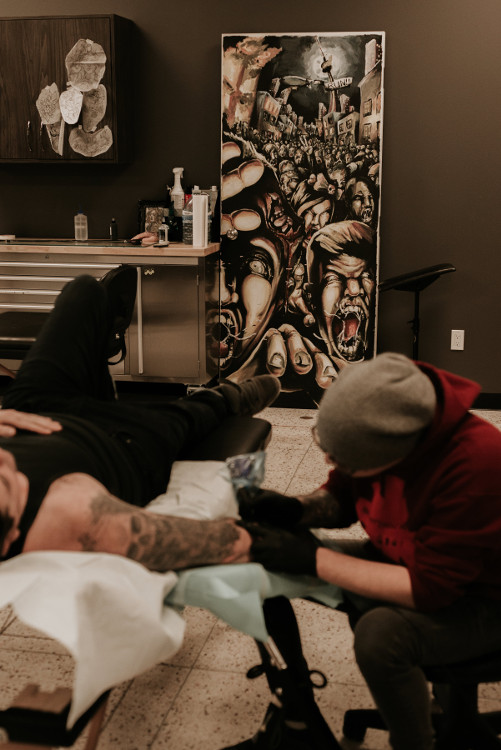 “When our clients come in to book a tattoo, we try to educate them,” She begins. “We’re a custom shop. What that means is that we are interviewing you . . . if our artists don’t have it in them to create the idea you have, you don’t want them anyway.”
Said the wrong way, her words could be taken as elitist, though they are anything but. Like most of Oshawa’s inhabitants, Lorena and her staff exude a surprising warmth. Pretension isn’t their bag. Talent most definitely is.

Seven artists work the space, each offering their own unique take on the trade, each incredibly adept and well-rounded, boasting a body of work that begins to help you understand the town’s new slogan. You also begin to understand their interview policy. It’s about demand. As it is, they’re booked out six months in advance, even after they turn down an average of three to five clients per day.

Really, it’s eight artists, though. Lorena may not see herself fitting that description, but she has a set of needles of her own with a full list of clients. “I do permanent cosmetic makeup,” she acknowledges. She wasn’t going to mention it, but once you pull it out of her, she opens up, mostly critiquing the trade as it exists currently.

“There was something missing in the permanent makeup world,” she confides. “They taught you the technique, but they didn’t teach you the tools or the machine. In the t 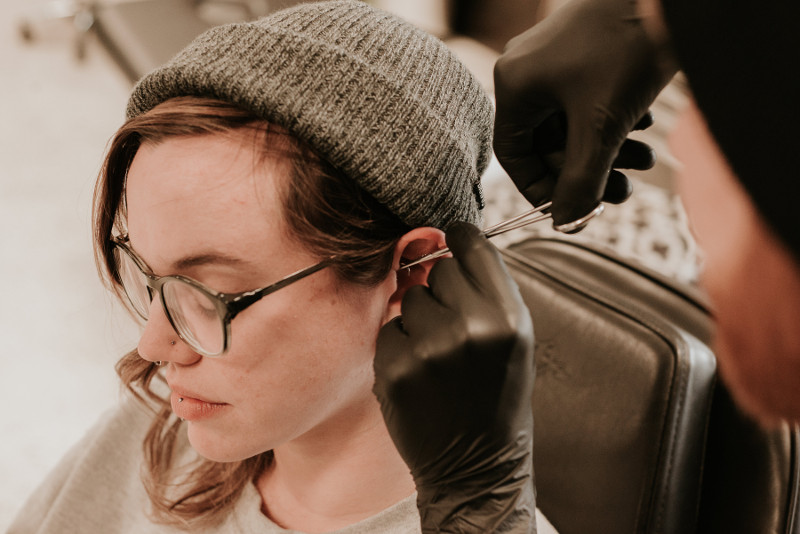 attoo world, it was ‘learn the machines, learn your needles. Then whatever your hand decides it wants to do, it’s gonna do it.’”

She took the courses, but her real education was from her staff, especially her husband, Dan. “I was always asking my husband questions. I’d be like, ‘Why this?’ and ‘Why that?’ and he would be like, ‘Well why aren’t you doing that already?’ And I was like, ‘I don’t know. That’s not how I was taught.’” She has since adjusted her approach, and in doing so, become something of a pioneer in her work, so much so that she’s planning an education tour “across Canada” later this year.

On your way out, you notice a few original canvases on the floor and immediately imagine hanging them on your wall at home. 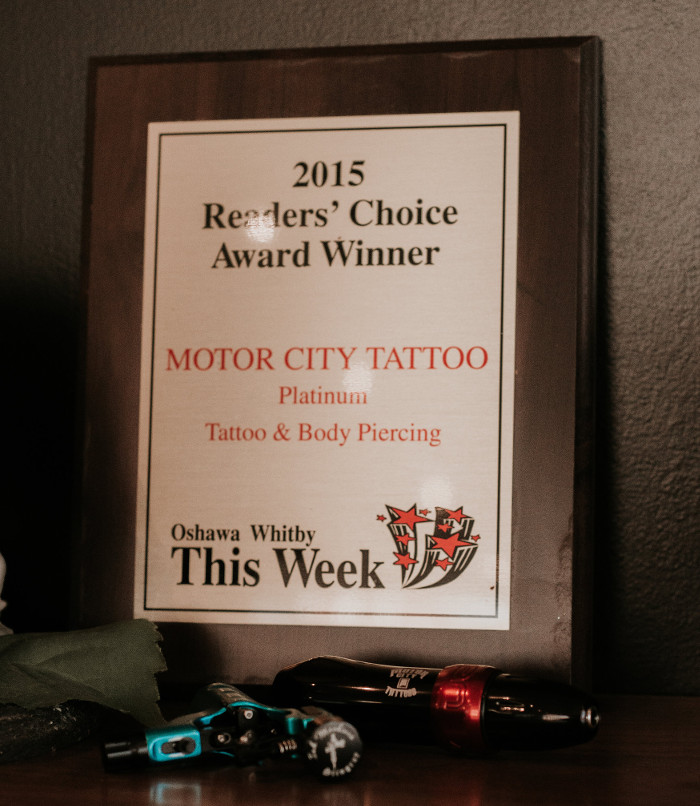 “We have a lot more of them and we’ll be hanging them all soon,” Lorena tells you. “We just moved here this past May after spending 10 years in a 1500 square foot space across town. We haven’t had time to even finish decorating yet. We’ve been too busy.” And that’s without any advertising. “We don’t need it. We’re turning people down as it is.”

You remember something Lorena had mentioned earlier and marvel. When they first opened, Dan didn’t even know how to tattoo. He needed a career after the military, so they opened Motor City and he apprenticed at his own studio. Then you remember the city slogan again, and realize they were right. Touche, Oshawa. Touche.