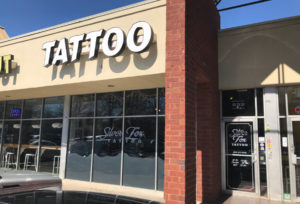 “If you had told me when I first started tattooing twenty years ago that I would go to bed early, get up at 7am and listen to Dixieland jazz all day, I probably would have punched you in the throat.” 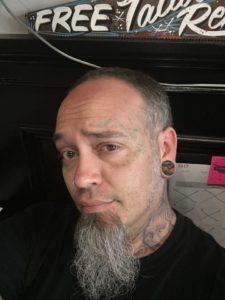 There’s a chuckle in his voice as the words form, but for some reason, you’re inclined to believe him. You probably should. “Loki” Shane Defriece is a native-born son of Atlanta after all, and not the side of it you see on the WB. He’s from the other side, the eclectic smattering of urban neighborhoods full of hellbilly punk rockers with pickled livers and scarred-over nasal passages who are just as likely to be caught two-stepping to Merle Haggard as they are to be throwing down to Mastodon.

No kidding. But this is not a story of redemption. It’s one of evolution. Sure, he’s “adulting” fulltime now, but he’s doing it on his terms. 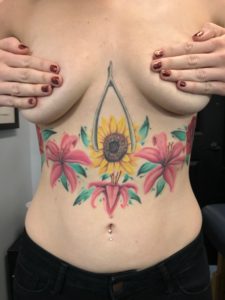 20 years ago, fatherhood meant crashing on couches to keep up with child support payments while learning the tattoo trade between Jager binges. Today, it means building a legacy for his family, one in which his daughter already places an active role.

That “pond,” as he describes it, is Silver Fox Tattoo, one of Atlanta’s newest and fastest-growing ink destinations, as well as the shop in which his daughter has learned the trade. “She’s doing a really good job . . . a way better artist than I ever was when I first started,” he says proudly.

It’s saying a lot, considering the shop is largely built on Loki’s talent. And considering he’s in the middle of a city saturated with options for ink (currently 142 shops), that is also saying a lot. But Loki is quick to step out of the spotlight. 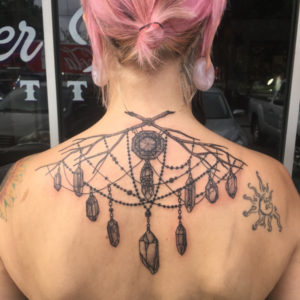 “When I first [opened] the shop, it was really my clientele that was keeping it up,” he acknowledges. “But since then, I’ve gotten a really good staff. I think that has a lot to do with it, a good staff that can work together and can trust each other.”

Beyond that, he credits the laid-back vibe of the shop and the balance they strike between their passion for quality and willingness to accommodate the masses.

“If somebody wants to get this little bity symbol, it’s still just as meaningful to them as this guy who wants this fucking back piece, so I’m going to treat it with the same attitude . . . I mean, there’s no original tattoo idea under the sun. Have some fun redrawing, draw it with your customer, make it unique. But don’t stick your nose up at them and be like, 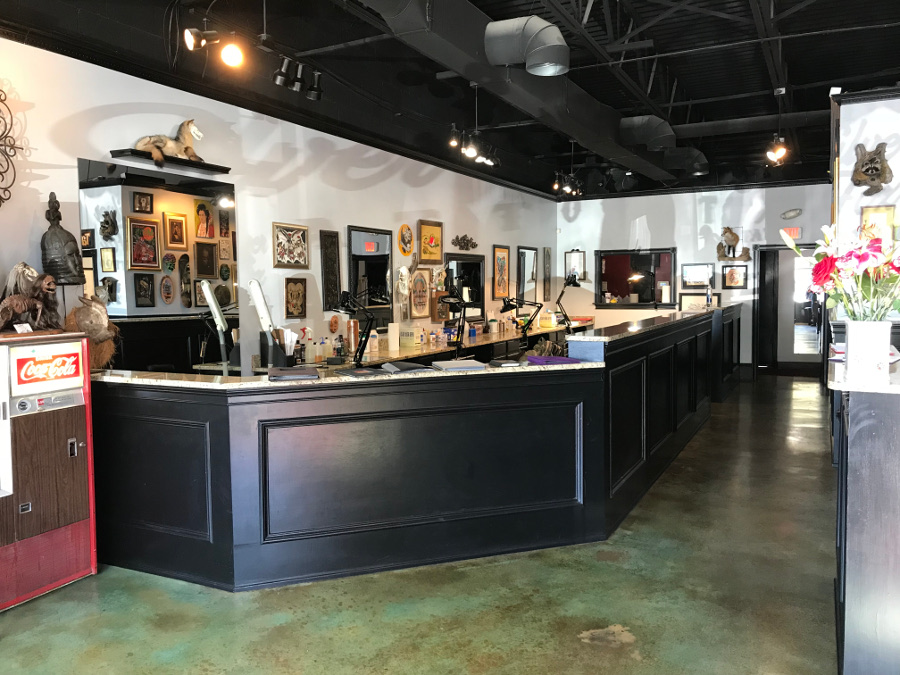 Despite how the Loki of twenty years ago may have felt, the new digs that come with the wisdom of age are a good look for him. They’ve equipped him to become not only a solid father and business owner, but also a savvy property investor; the house he purchased two years ago has already nearly doubled in value. But don’t expect him to move when the developers come knocking.

“It’s my home . . . I’m not gonna sell it. I’m gonna sit here in my underwear with a shotgun and yell at the neighbors.”