“Nobody really comes to Maine unless they’re coming here . . . it’s not on the way to anything at all. Maybe if they’re going to certain parts of Canada, it might be, but most people jump into Canada way before they get as far as Maine.”

Sadly, Dan Kelley isn’t wrong. The tip of America’s elephant trunk might be wild and rich in epic scenery and interesting people, but most of us never get around to making a visit.

We get it. When you’re travelling to the the land of authentic poutine and federally legal weed, you want to be there yesterday. But if Maine’s serene natural beauty, independently minded populace and fresh-caught lobster isn’t enough to inspire a detour, maybe the new space that Dan and his fiancé/fellow tattoo artist, Elizabeth Bruns, have created could provide that extra nudge. Besides, weed’s legal there too. 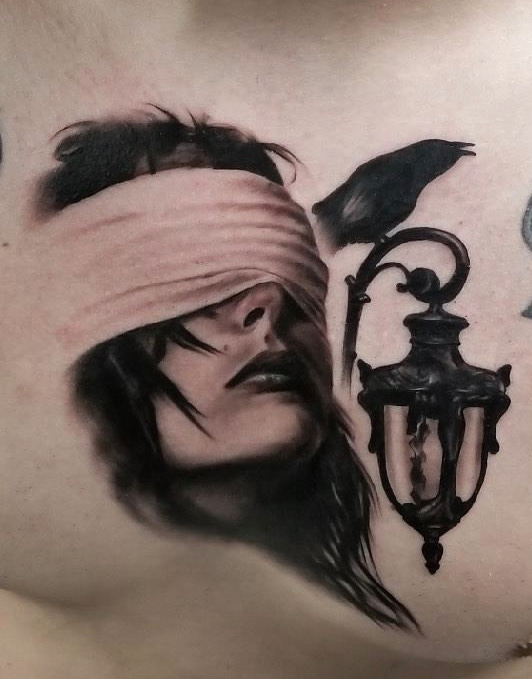 Skull and Snake Tattoo Studio and Art gallery is more than just another place for subdermal ink. As the name implies, it’s also an art gallery, but the definition stretches even beyond that. It’s a mini museum of macabre oddities and collectibles. It’s a community space for the artistically inclined to come together and celebrate creation. It’s a destination, one that should be a location for the next Rob Zombie film (please, dear cinema gods, make it happen.)

Located in the historic district of North Berwick, Maine, the multi-functional meeting place for fringe artists is housed in a former Quaker church building. Were it any other variation of protestant faith, the building’s repurposing would be a peculiar twist of irony. But a meeting house for Quakers makes sense. Whereas most Judaeo-Christian iterations find their source of faith from above, the Quakers looked inward, combing through the immaterial realm of their own subconscious to find the divine spark. As far as religions go, there are few mindsets more conducive to unleashing the creativity of the artist—at least in the broadest strokes. 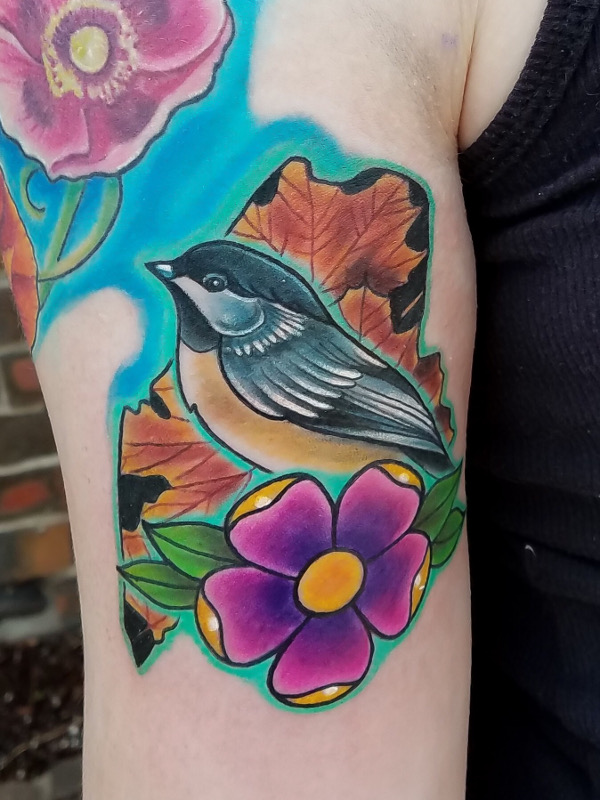 “I just want to put emphasis on the fact that this studio is overall, a creative space for the community to come together,” Dan says, “ . . . to feed off each other creatively and promote and connect with fellow humans in person . . . less screen interaction, more in-person, getting together as a community. I really want this place to be a destination for artists and like-minded individuals to gather and have a good time.”

His words are far from idle. This past July, they held their grand opening, which they used to showcase the work of acclaimed oil painter, Dan Kobasic, out of Philadelphia. Dan and Elizabeth’s intentions are to make shows such as this a regular part of the studio’s schedule, planning to feature the work of both local and national artists. They’re also doing classes. They have the space for up to sixteen participants show up and learn from the masters they bring in. One fee will cover the class and supplies and none of the proceeds will fill the duo’s pockets. It’s all for the artists. The happy couple are more than content to subsist on what they can make from their own work, which, gauging by their output and experience, shouldn’t be a problem. 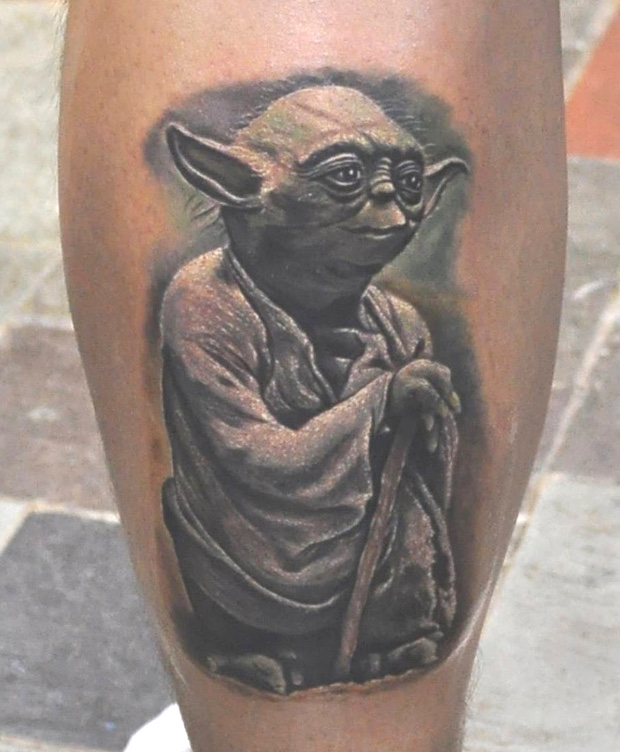 Both have been working the needle for nine years now, and having come from the nearby Venom Ink, they’ve had the opportunity to work under and learn from some of the brightest/darkest talent the state of Maine has to offer.

Their repertoires really speak for themselves. Both can point to an impressive body of work and their individual styles diverge significantly to round each other out with borderline perfection.

“What I do is typically more on the darker, more realistic side of things,” Dan elaborates, “while what Liz does tends to be more line work driven and creepy cute stuff with bold color—an in-your-face boldness to it that mine doesn’t have . . . Between the two of us, we can cater to pretty much anything that walks through the door, from your traditional style, basic lettering stuff, all the way to full-blown portrait realism.”

“That’s important to us,” Elizabeth adds. “We could tattoo anyone, from a high-end business exec to a doctor, but still appeal to the more typical tattoo culture people too.” 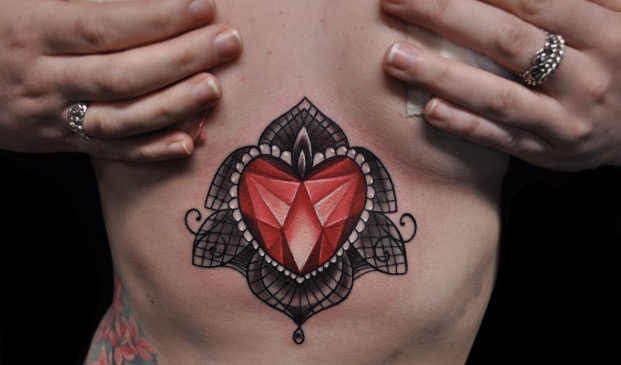 The two of them, both 28, may have been putting in the work for nearly a decade, but in stepping out and creating a space of their own, their real journey has just begun. Whether they find success is still yet to be seen, but if the pieces they’ve put in place bear any foreshadowing, their future looks promising The future is why they’re doing it after all, and as Liz points out, it’s just as much for their progeny as it is for themselves.

“Having those two little people at home is a huge motivator for us. It’s what made us want to have our own place. We want something to hand down to them one day.”

So, the next time you venture north of the wall, consider taking the scenic route. Give Maine the attention it deserves, and while you’re there, be sure to stop in at Skull and Snake. You’ll be glad you did.

Tattoo by Dan Kelley (below) 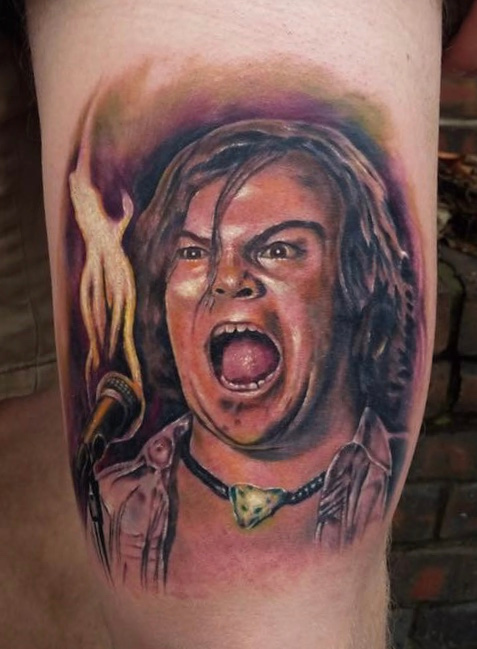