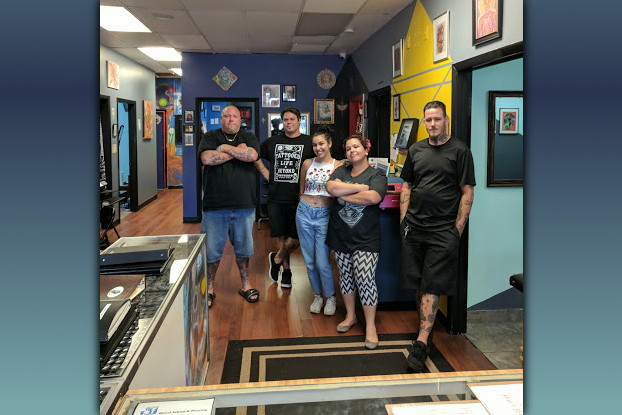 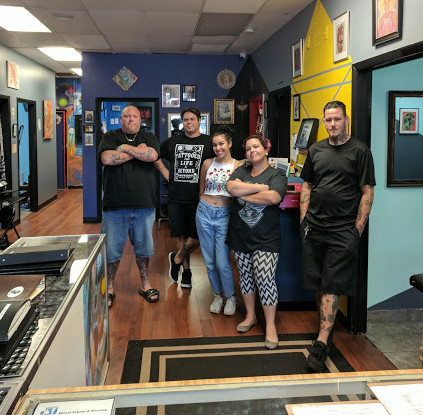 “Being a shop owner after almost twenty years of working for other people, I’m trying to do the opposite of everything that I thought was wrong or that the owners did in a way that I didn’t like.”

Though barely in existence for two years, West Palm Beach’s Ritual Ink has quickly become a formidable presence in the South Florida tattoo scene. Their secret to success? According to owner, Augustin Espinosa, it isn’t just about the fact that he has a diverse pool of talented artists with a combined 50 plus years of experience. It’s all about attitude.

Whether record store, head shop or tattoo parlor, businesses that specialize in a cultural niche have historically suffered from the oft-accurate stereotype of snobbery, a “hipper than thou” 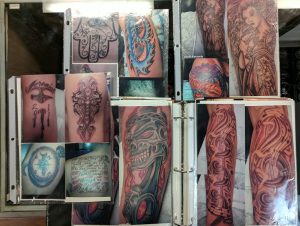 atmosphere of derision to the uninitiated. Think Jack Black’s character in High Fidelity. It’s more caricature than a character, really, but the humor lies in the fact that it’s true to life, or at least, the general perception of it. Outsiders beware. Tread lightly and learn the rules. Don’t buy The New Radicals. Don’t say “b-ng.” Avoid tramp stamps.

That paradigm is shifting. No, the New Radicals haven’t gotten any better, you should never say “b-ng” in a head shop, and tramp stamps still aren’t cool. But the invisible barrier between the average Joe and subcultural 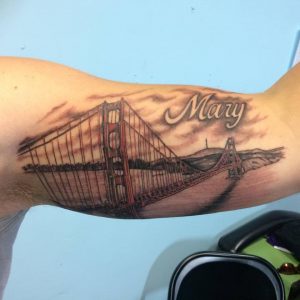 arts is slowly crumbling, thanks to their growing acceptance and the need for wider inclusiveness that the subsequent competition breeds.

For his part, Espinosa runs his tattoo shop in a way to actively facilitate that shift. He isn’t trying to reinvent the wheel, exactly, but he is adding a hefty helping of lube to the bearing.

It begins with his management style.

“I’m not the one collecting money and saying, ‘oh fuck y’all,’” he says. “It’s more about just having a nice group working together . . . One thing I’ve learned from working in other shops: The divide and conquer mentality makes more 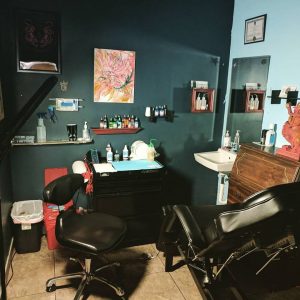 money but you end up miserable every day.”

This mentality applies to every level. His apprentice, an 18-year-old artist who just received her license, “doesn’t have to eat shit,” as he puts it. Instead of hazing, she receives nurturing and guidance. And though she mops the occasional floor, her time is most spent developing her craft, not scrubbing toilets.

“I pay someone to do that,” Espinosa remarks with an audible eye roll.

That treatment extends to his entire staff. 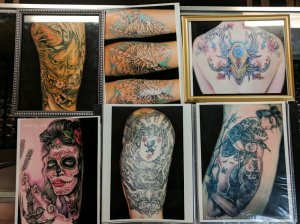 And though his comradery could lead to excess familiarity, Espinosa has methods to circumvent that possibility. Simply put, he doesn’t demand respect; he earns it.

“I think the way that I try to balance that out is with knowledge . . . If there are any questions at the shop . . . if they get stuck on anything, I’m always around, showing them different ways . . .That’s how I separate myself. I’m more of a guide . . . If you want to be a dick with me and I have to fire you, that’s your problem. But if you take my words and you’re like, ‘Hey, he’s not only a boss but he’s also helping and guiding and developing,’ we’ll all do better.” 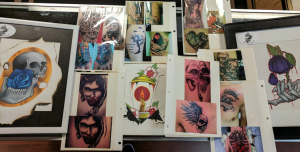 The natural result is an atmosphere of openness and acceptance that is nearly palpable to a new customer. Accentuating this is the dedication to quality, attention to detail and an innate ability to listen to their customers. Gently saying no to customers’ bad ideas will sometimes play a part, but the most essential element is helping them to realize their vision. 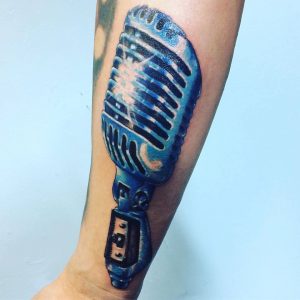 If the Google reviews are any evidence, the model is working. The shop celebrates an average of 4.9 stars out of five, all of them praising the staff for their diverse talents, incredible work and their friendly, helpful demeanor.

“Many shops are owned by business people” Espinosa laments. “They don’t give a fuck about art. They just want to make more money. They don’t care what they give you . . . Just make the money. I understand that part and it’s necessary, but we always try to keep the perspective of an artist modifying another person. We take responsibility for that.”