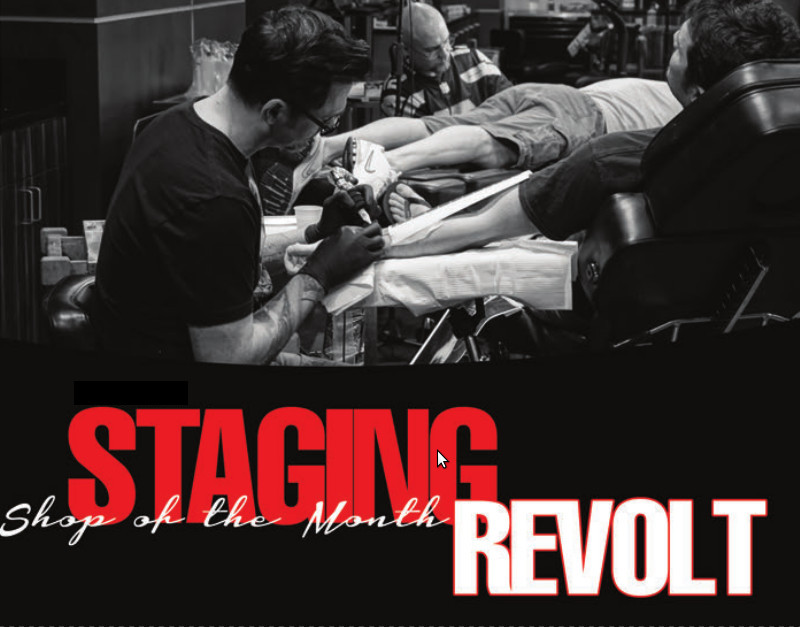 A larger audience demands larger gestures. If you think Bono looks likes a buffoon with his tinted shades and grandiose theatrics, imagine him performing on that arena stage as if he were in a coffee shop. It just doesn’t work.

Don’t get lost on the choice of artist here. If our Irish buddies aren’t your cup of tea, fill the metaphor with whomever works for you. Metallica. Queen. McCartney. Kanye. It doesn’t matter. The point is, a vacuum cannot remain a vacuum. Empty space must be filled. The bells and whistles of an arena performance are intended not to distract from the art, but to enhance it.

Now, if you can, apply that thought process to a tattoo parlor. Imagine two celebrity artists opening a shop together in Las Vegas, the city synonymous with excess and bombast. Now try to imagine them building anything other than awe-inspiring. You can’t. You’re too busy imagining Revolt.

Don’t beat yourself up if words fail you when you step through the doors of Revolt Tattoo. That was the intention. The Vegas tattoo super-parlor owned and operated by Ink Masters Season 3 champion, Joey Hamilton and Season 4 runner up, Walter “Sausage” Frank is in a class all its own. It’s hard not to feel swallowed up as you gaze across the 4,000 square foot workspace/foyer immaculately designed to sit atop the aesthetic fulcrum of post-industrial arthouse and futuristic sports bar. The 6’x12’ LED TV screen only further adds to the effect as does the army of highly-skilled artists working their stations, each equipped with a webcam to livestream their output. Yet, somehow, the atmosphere doesn’t intimidate. On the contrary, it invites.

“In most shops, when the new blood comes in, they feel really intimidated,” remarks Revolt’s general manager, Rafael Pagarigan. “We try to alleviate that and make everyone comfortable. We even try to bring in that family environment where parents can feel OK bringing in their kids so they don’t have to find a babysitter.”

But let’s reach back to the original metaphor. The pomp and circumstance only really works if there is substance behind it. Otherwise, when you push it all aside, it’s just Britney 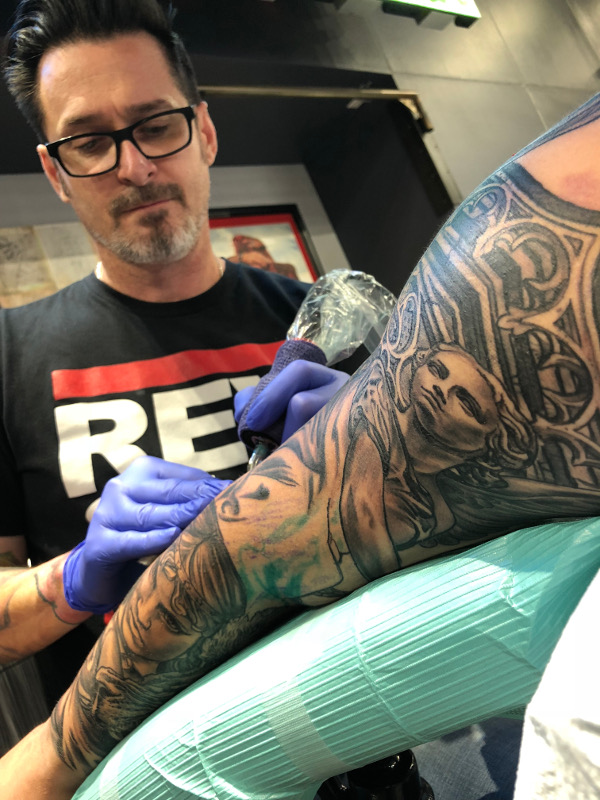 without autotune. Fortunately, this is more like Clapton with an acoustic.

As Rafael puts it, “It’s not really about the glitz and the glamor. You could take this and scale it all the way down to a hole in the wall . . . people will still come because the product is the same. It’s still quality.”

It has to be. When you have two TV celebrity artists like Joey and Sausage running the show, there is an expectation of excellence in the output, which is why they hand-selected their team of supporting artists. There are no minor league players here. No matter whose chair in which you find yourself, the results, though diverse in style, will always be worthy of the brand they’ve established. In short, it’s not another Vegas casino factory for ‘regret stamps.’ Quite the opposite. In fact, that’s how the name came about in the first place.

“If you’ve watched the video on the website,” Rafael explains, “you’ve heard Joey explain the name as representing a revolt against the some of the industry norms here in Vegas. I don’t want to speak negatively about anyone in particular . . .” He hesitates. “. . . but a lot of these casino shops are just about quantity. They’re tourist traps.” 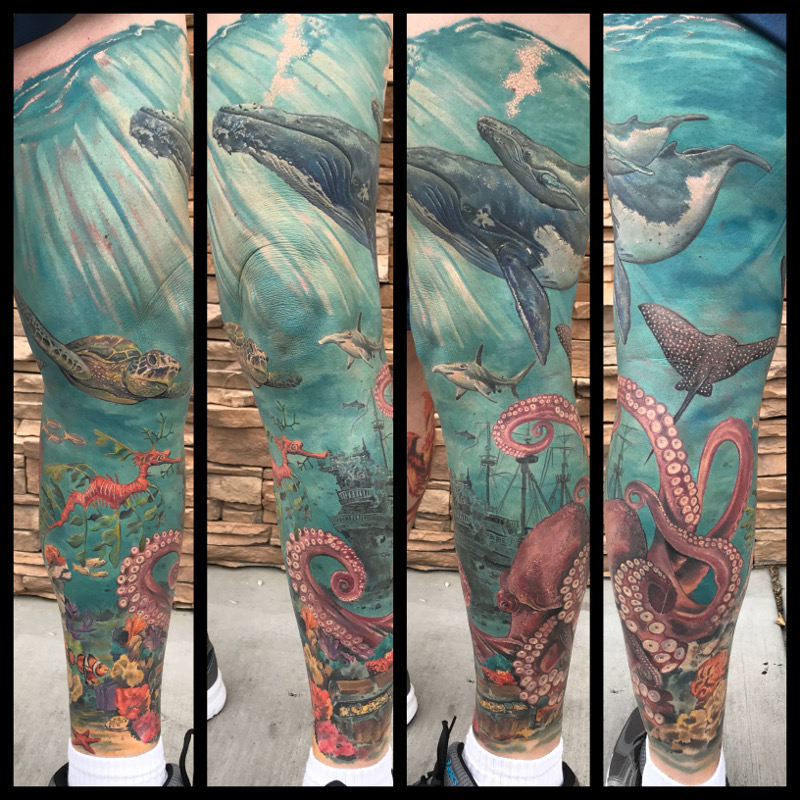 From here, the plan is expansion. Shop number two is already open and operating in a local Vegas mall. As it turns out, tattoo shops can be much-needed shot in the arm for struggling commercial centers looking down the barrel of extinction from e-commerce. You can’t get a tattoo on Amazon. As this article goes to press, there’s another location being scouted in Florida. But expansion is not about empire. In Rafael’s words, it’s about extending “the family.” He elaborates:

“You don’t ever want to suppress an artist in your shop that wants to grow. You want to be able to promote them. So what’s the next step? Opening up their own spot. It’s definitely an aspiration, but we don’t want to dilute the quality just because we want to expand.”