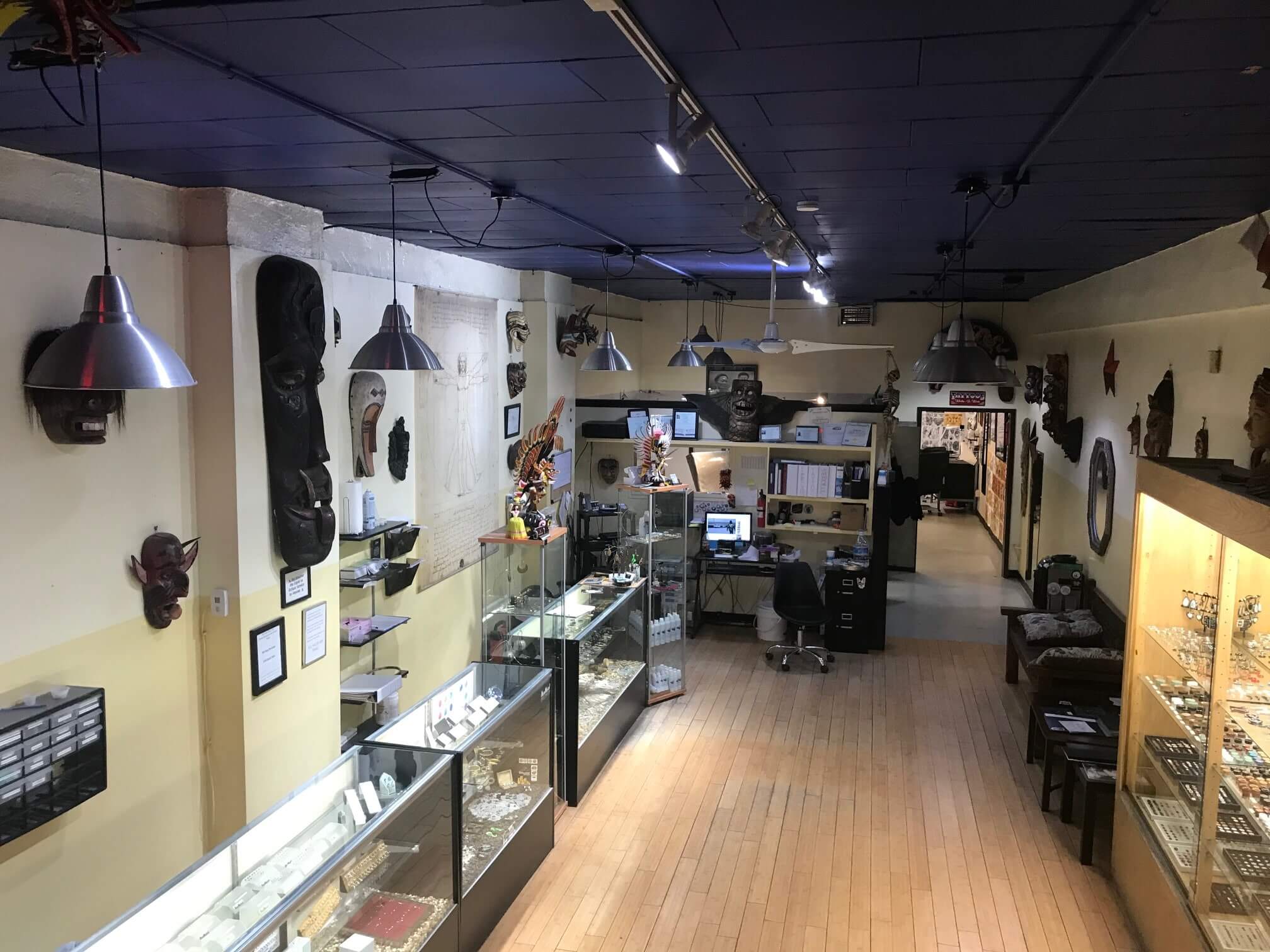 A spoon, a guitar string, a Sony Walkman, and 20 bucks collected from a day’s worth of panhandling. In the beginning, this was Kevin Hinton’s admission price into the tattoo world.

Well, it wasn’t exactly the beginning, but it was close. We could go back few years more and discuss the half-finished chain tattoo he’d poked into his wrist with a sewing needle he’d stolen from his mom, but there’s only so much space. Let’s start with his first machine.

“I was 16 when I found out that guys in jail gave each other tattoos,” he recalls with a laugh. “Of course, I had no idea how they did it, but I knew this dude who had gone to jail. Later I found out it was a drunk in public and he only went to county for three hours, but whatever . . . he didn’t know how to make a tattoo machine, but he knew a guy who did—a scary fucking dude who just got out of San Quentin.” The guy agreed to help our protagonist, telling him to bring the aforementioned items. The first three were to build the machine. The $20? For his time.

Don’t worry. He was admittedly young and dumb, and it was the ‘80’s. That’s practically how everyone started back then. Besides, he’s all grown up now, with more than thirty years of legitimate tattoo experience under his belt. 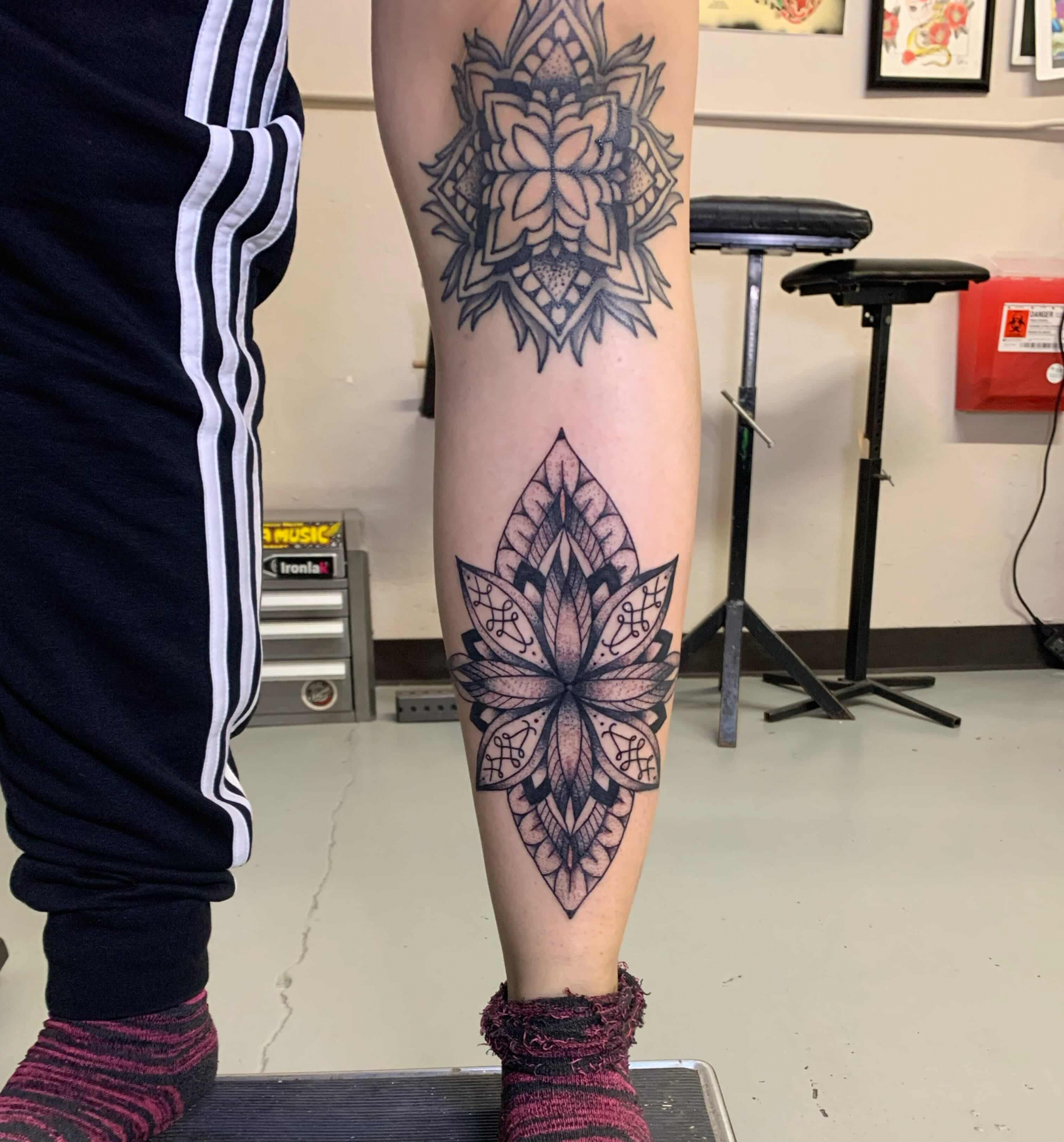 But this story isn’t really about Kevin. Not exactly, anyway. Technically speaking, it’s about Talisman Body Art in Santa Fe, New Mexico, the shop in which Kevin works, alongside fellow tattoo veteran, Ed Tafoya, recent apprentice-turned-full-fledged-artist, Jordan Duran, and front of house ninja, Britney Dale. Typically, when we profile a tattoo parlor, we focus on the owner. But Talisman’s owner, Phil Montoya has a more hands-off approach to the shop than what is typical. Not that he’s neglectful of his investment; he just has three other businesses to look after in Austin, Texas, and therefore, leaves the day to day operation of Talisman largely to Ed and Kevin. Smart move, considering they both have a solid three decades of experience to their names. The shop is in good hands.

Sadly, prior obligations precluded Ed from joining the interview. In his absence, he submitted a five-minute pre-recorded monologue in which he gave a brief summary of his personal history. Spoiler alert: At the four-and-a-half-minute mark, he admits that everything he’s said prior to that point was “all bullshit.” It’s a shame, really. When someone talks about living under a bridge with a runaway Egyptian princess, you just want it to be true. Bonus points for creativity, in any case. He spun a helluva yarn.

“The truth is,” he concluded, capping off the first four and a half minutes of bullshit, “I learned how to tattoo in San Francisco from Erno Szabady. I stayed there for a long time, moved back to Albuquerque and now I’m in Santa Fe.”

Let’s be real, though. As badass as the whole bridge/runaway princess story sounds, it’s not as badass as having Erno Szabady as a mentor. Truth beats fiction here, at least for our purposes.

This sort of brings us to the magic that makes Talisman what it is; the fact that it’s staffed and managed by two multidecade veterans of the trade who learned from and interacted with the

legends and have the chops to prove it. The corresponding pictorial really says it all. They may shine most in the traditional varieties, but there really isn’t a category they can’t tackle. Well, except Kevin insists you shouldn’t ask him for photorealism. 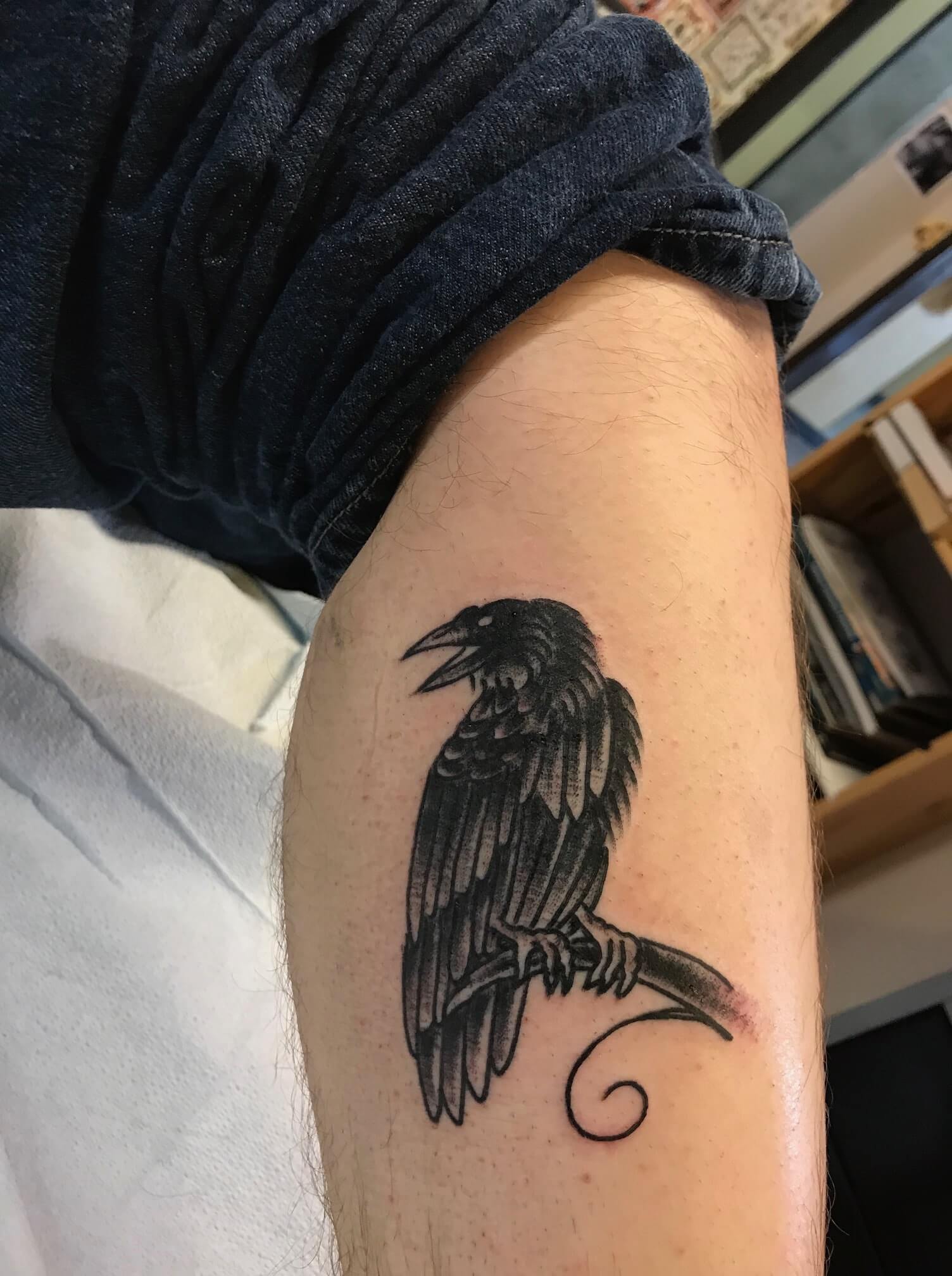 “I don’t need some turd that needs to be polished down the street that was done by me,” he blurts out, laughing. Alright, so maybe not photorealism, but you’d be hard pressed to find another category they haven’t nailed. The best part, though, at least for the client, is that they’re sticking with their roots and staying all walk-in. Yes, that even includes those traditional Japanese pieces.

“The books are open for all three of us—walk-ins every day,” Kevin says. “No one’s walking out without getting tattooed . . . I’ll do tribal arm bands with a smile on my face. I’ll do whatever. I come from the old school. I loved it when you could walk in, point at the wall and get the tattoo. Those days are gone. Now, somebody walks in and shows me something from Pinterest on their phone, I don’t give a shit. Sit down. You’re getting it. I love tattooing!”

That doesn’t mean he won’t give you his honest advice, though. It’s still a two-way street and he’s still the expert. But in the end, the client gets what they want (within reason.)

“I did a big watercolor piece on this girl’s ribs,” he offers as an example. “To me, it looked like a funky outline of a rose with a rash, but she LOVED it and that’s all that matters. She was like, ‘What do you think?’ and I said, ‘I love that YOU love it.’ I’m not tattooing for likes on Instagram. I’m tattooing for the client. You catch more bees with honey, man.” 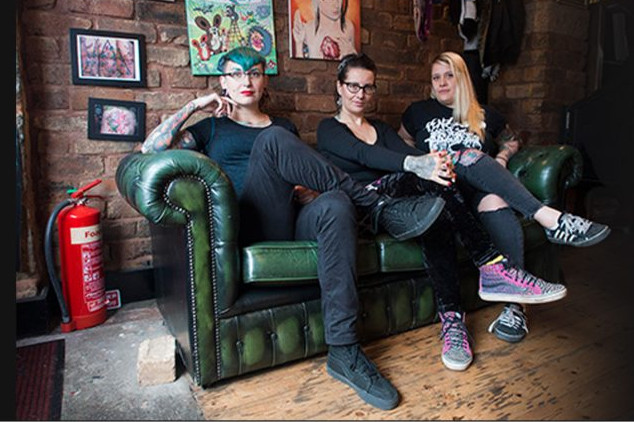 +48 Tattoo Saloon, in Edinburgh, Scotland, is a very international kind of place. It’s fitting that the name +48 refers to the calling code for

Monarch Tattoo has earned the coveted “People’s Choice” award four years running by readers of the local newspaper in Kennewick, Washington where the shop has