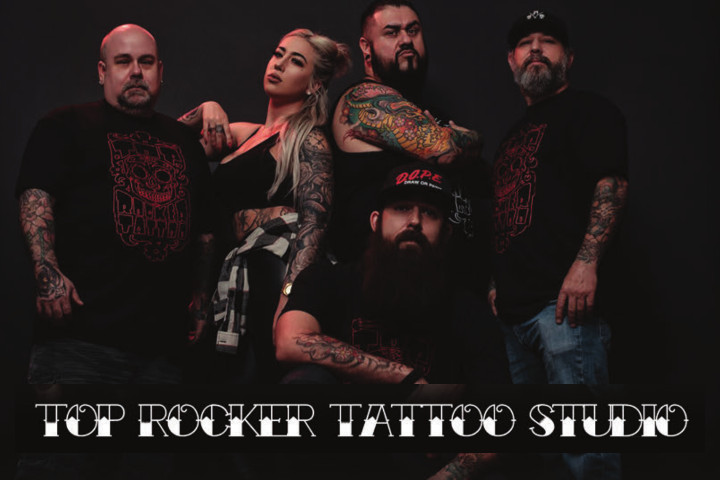 Top Rocker Tattoo is not your typical tattoo shop — fact is, they don’t think of themselves as a “tattoo shop” at all.

As soon as walk through the door, you feel a uniquely creative vibe. It’s a bright, vibrant space, and instead of being covered with flash, the walls are decorated with artwork that the staff has created — some of the canvases are up to six feet tall.

“That’s what separates us from your typical tattoo shop — we’re a ‘studio’ and art gallery,” says owner and tattoo artist Ernie ‘’SerV One” Rojas.

Rojas opened Top Rocker not only as a working studio where he and his fellow artists could further their craft in an independent yet supportive environment, but also a place that would dispel some of the foreboding misconceptions about tattooing and open the eyes of uninitiated to a limitless artistic culture.

“When my guys aren’t tattooing, we’re constantly creating, whether it be drawing, painting or designing a logo or mural. I wanted to let people know that this is really a creative place,” Rojas says.

Joining Rojas are tattooers Tommy Robertson, Mister Rick and Duck Jones, and cosmetic tattooer and shop manager Fallon ‘FalMcK’ McKay — together, they represent more than 75 years of body art experience. It’s not wonder that as they celebrate their 10-year anniversary, Top Rocker has earned a reputation for custom tattooing, specializing in everything from cover-ups to microblading. Actually, they don’t specialize at all — there isn’t a style of artwork their artists can’t produce. 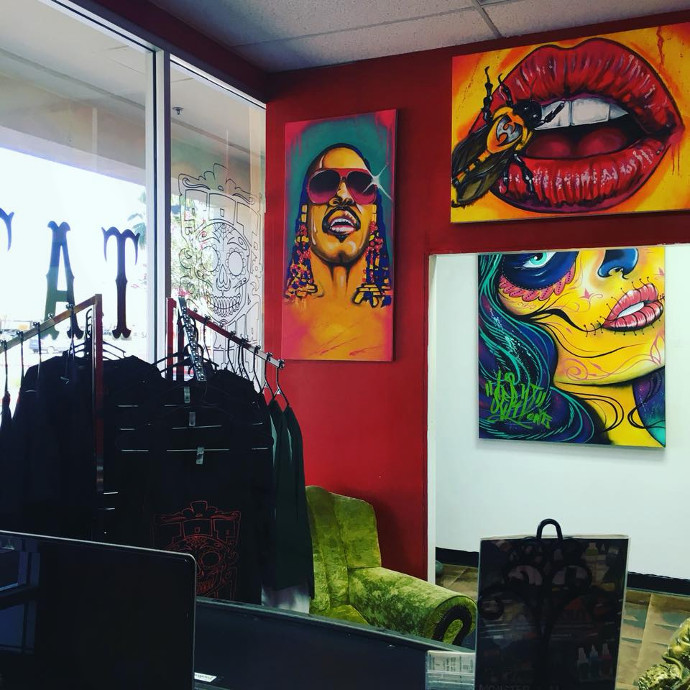 “Every day and every time that we have the opportunity, we’re trying to educate our clients about what it is we can do for them,” Rojas says. “Other places might just slap something on somebody —- here, from the time the client walks in the door to the time they leave, they’re being taken care of.”

For every amazing tattoo that leaves Top Rocker, a bad one comes in. Fixing regrets is a skill that these artists have turned into an art form all its own. And the outcomes are more than skin deep. Customers not only want to hide their awful tattoos, but to transform ones that represent negative experiences in their lives — like the girl whose boyfriend scratched a swastika on her hand without her realizing the hateful connotation.

Rojas covered the symbol with a rose, which he says helped the young lady “blossom into an amazing person.”

“I’ve covered up some really clean work too, but it’s not always about the image itself,” Rojas adds. “One of the most difficult things about a coverup is to make this person, that has been stained, put their trust in me.” 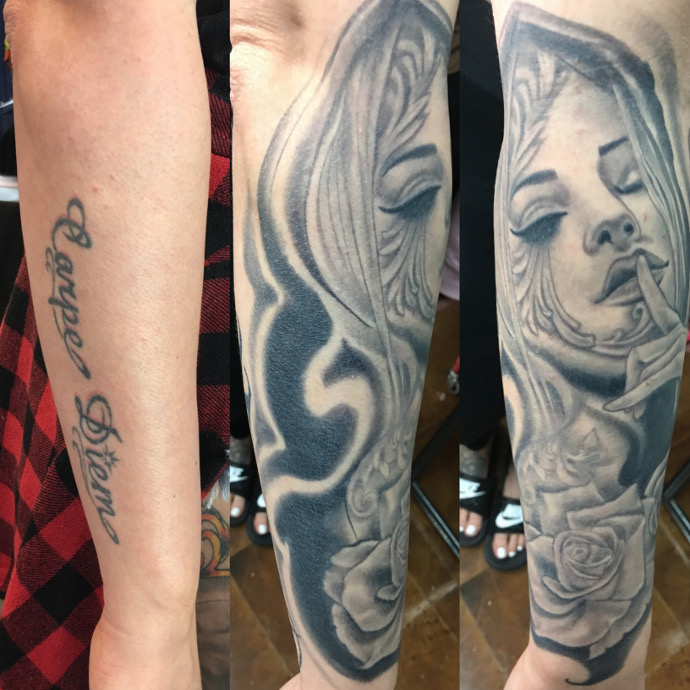 Gaining that rapport, Rojas explains, comes from showing genuine interest in the client and excitement about the vision for the new piece of art. There’s also the friendly, non-threatening vibe given off by the studio and staff that helps to put people at ease.

Technically speaking, Rojas draws from his background in Japanese-inspired tattoos which “flow on the body like armor.” Placement goes side by side with taking into consideration spacing, and whether than coverup needs to be a stand alone piece or whether there are existing elements or other tattoos that can be connected into a larger cohesive design.

“I try to put as much detail of the new image into the negative spaces of the existing tattoo because that tricks the eye,” Rojas says. “Also, we have amazing inks now that allow you to put virtually any color over old black.”

“One of my greatest satisfactions is to successfully cover something that was causing the person to be unhappy,” Rojas says. “When the client gets up from the station, where they’ve been sitting for six to seven hours, and they walk over to the mirror, the look of relief and satisfaction that they have, is the greatest thing.”

And knowing that they’ve been successful with coverups, gives the tattooers at Top Rocker the confidence to evolve and refine their art.

“If we can handle coverups, which are the hardest things in the industry to do, we can definitely cover every other style of tattooing be it traditional Americana, traditional Japanese, Chicano black and gray, portraits or color realism — basically anything,” Rojas says.

“I wake up every morning with the joy in knowing that we’re going to make somebody feel good about themselves wearing something that we’ve created.” 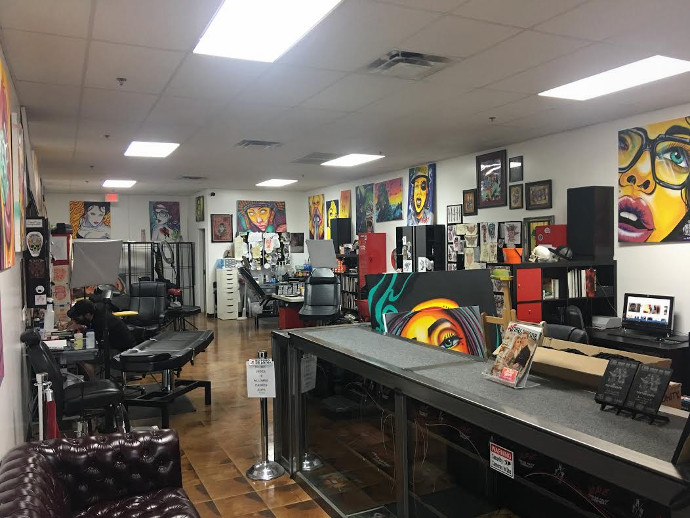