It might be coincidence that the new address for Wolfpack Tattoo is 666. Then again, when you hear the stories of some of the strange things going on inside this Las Vegas studio, you might wonder if there isn’t something — or some “thing” else responsible for putting customers and staff on pins and needles.

Wolfpack owner Bobby Ponte may be a horror movie fan, and his favorite style of tattoos lean to the macabre, but he never really believed in ghosts — but now he says his eyes are open to the possibility.

It all started towards the end of 2014 at a different location where a shooting occurred and one of three armed assailants was killed by Ponte’s own gun. Ponte was cleared of charges due to video surveillance and Nevada’s Stand Your Ground law, but the incident left neighboring businesses shaken, and so Ponte took the opportunity to relocate to The Strip. 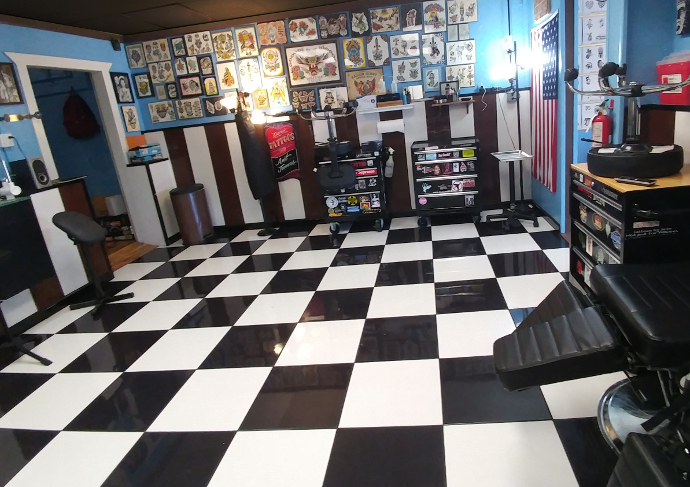 Ponte spent a lot of time alone there, remodeling the space into a tattoo shop. When he was done for the day, he’d turn out the lights, and when he returned the next morning, they’d be back on. Nothing too unusual about that; maybe a faulty switch or something, Ponte thought, but he got a little more concerned when it kept happening over a couple of months.

“Granted there was a lot of a lot of crazy energy because of what had just happened at the other shop and my mind was pretty out there,” Ponte says.

One of the last updates to the shop before opening was installing security cameras, and that’s when things started getting a lot weirder. First a nail gun moved by itself across the room, but the only thing the camera showed was static. Shortly after, Blood got his first power bill and discovered it was twenty times higher than normal, and neither the utility or electrician could come up with an explanation. 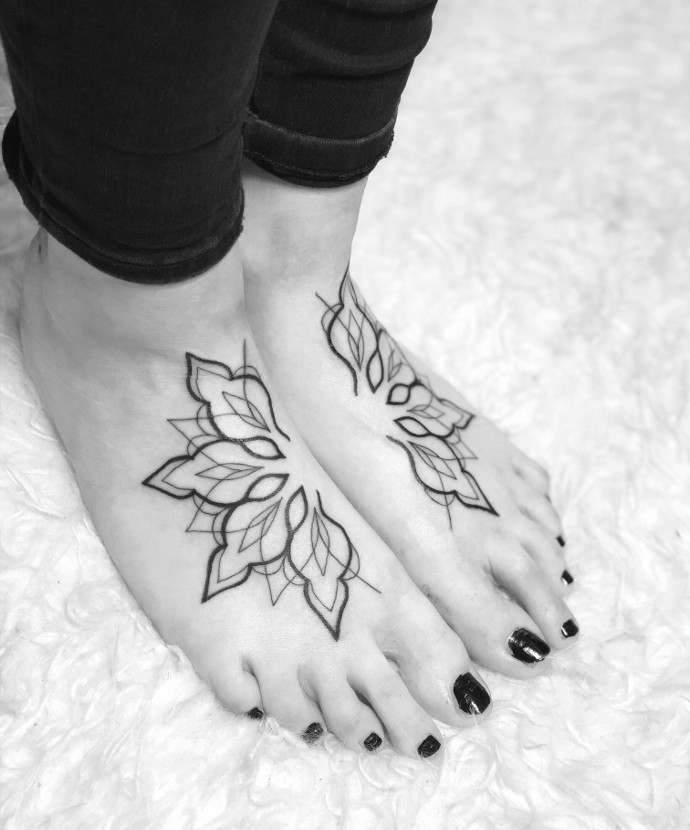 The first day the shop was open for business, one of the artists was setting up their station and the tool tray rolled across the room and the sink turned on all by itself. Ponte switched out the automatic faucets, but not long after, a client was in the bathroom and scalding hot steam shot out of the tap.

Customers would come in and see paper towels zip off the roll and pictures and mirrors fly off the walls — not just falling, but literally sailing across the room. A guest artist was so freaked out by the spooky vibe that he refused to be alone in the shop.

If there’s somethin’ strange in your neighborhood, who ya gonna call? Ghostbusters! Or the nearest available spook hunting team — Sin City Paranormal Investigators. SCPI confirmed that the building was once used as a “disciplinary area” by the mob. That might account for the dusty ammunition, liquor bottles and old suit of clothes discovered hidden in the ceiling. 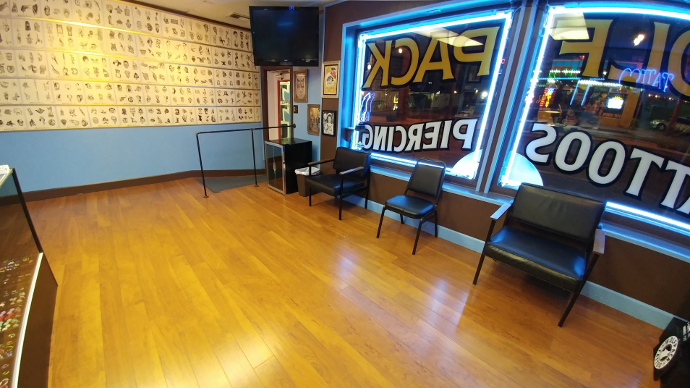 “Vegas is an old town that was built by the mob. There’s a lot of death, murder and betrayal in this city, and I believe a lot of those energies are still here,” Ponte adds, “we just happen to be in a location where some very bad things may have happened.”

The investigators concluded that whatever or whoever is on the other side is trying to communicate. Ponte doesn’t feel as though the energy is negative or asking him to leave, so he and his staff — Ace Fury, Viktoria Vitez, Richie Gore and Psoe, will keep right on turning out quality tattoos and offering a unique experience — whatever that exactly may be. 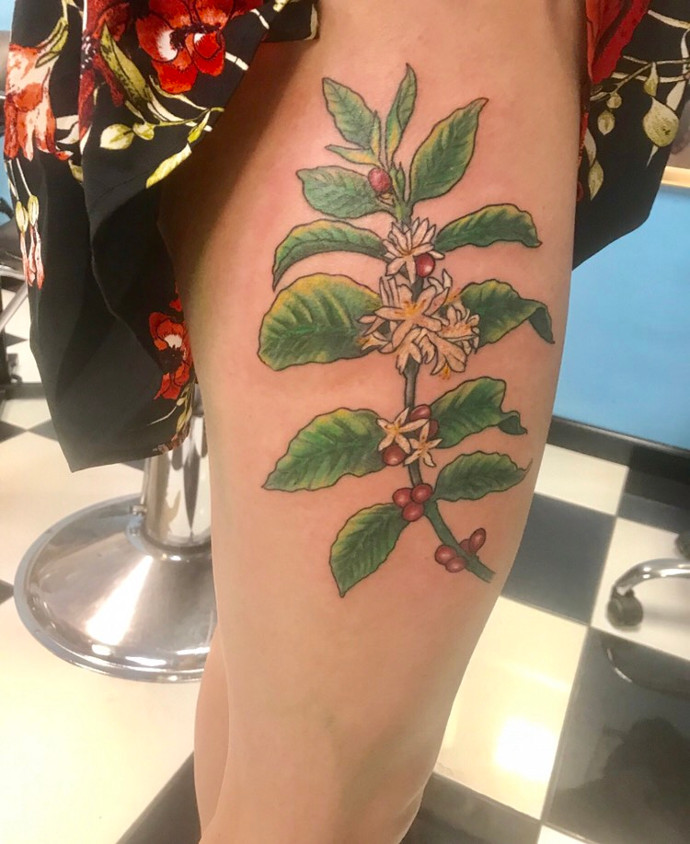 “We love our location and we love our city. Most people love the vibe — it’s not always gloom and doom,” Ponte says.

“I’m not someone who believes in things without seeing it. I don’t want to call it a ghost, but there’s definitely an energy in our shop,” Ponte adds. “If you look individually at the things that have happened, you might be able to come up with some explanations, but when you put everything together, it’s just too much to be coincidence — something strange is happening.”