New Orleans is known for its cajun cuisine, music (the birthplace of Jazz), its annual celebrations and festivals, the world-renowned French Quarter, filled with artists, fortune tellers and street musicians, and Bourbon Street’s notorious nightlife. If you’re going to throw a party, there’s no better place than The Big Easy, and that’s exactly what Villain Arts did when they brought their traveling tattoo show to town for the 2019 New Orleans Tattoo Arts Convention.

“People in New Orleans really appreciate great tattooing and there are generations of people there that all have tattoos,” Timpel added. “A lot of the servers and bartenders are tattooed — wherever you go in New Orleans there’s just a real connection to tattooing.” 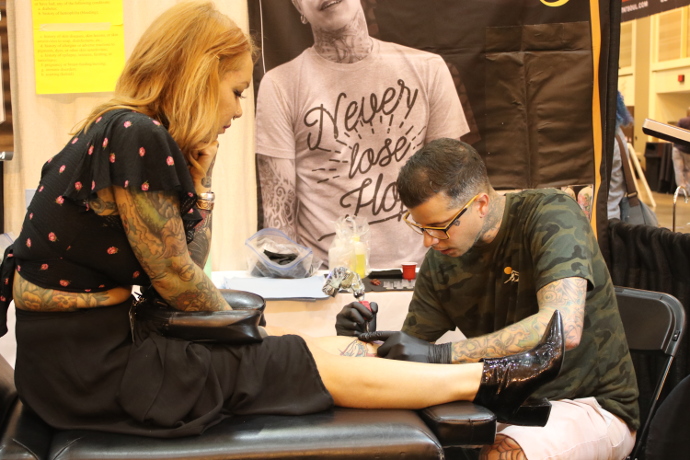 Villain Arts set up their show at the Morial Convention Center, one of the largest convention centers in the country, spanning almost 11 blocks, with nearly one million square feet of exhibit space. The New Orleans Tattoo Arts Convention didn’t make a dent in that space, but they certainly created a literal buzz around the building with some 300 of the top local and national tattooers keeping the ink flowing throughout the three-day event. 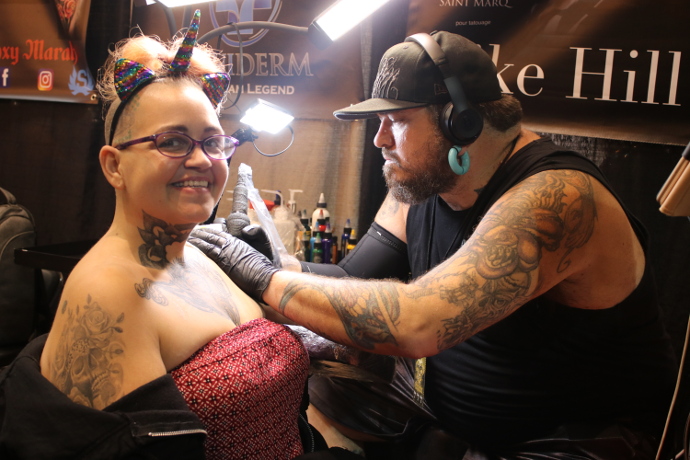 But this was a tattoo show and tattooers took center stage. Villain Arts brings their usual entourage of Ink Masters and tattoo celebrities, and they were joined by Shanghai Kate Hellenbrand, “America’s Tattoo Godmother,” and another New Orleans home-towner, Miss Jacki, the first African American female tattoo artist, and owner of Aart Accent Tattoo & Piercing. Adding to the tattoo culture was Dana Brunson, owner of Tattoo Designs by Dana, who’s been tattooing since 1971, set up a historical tattoo exhibit. Other well known tattooers in attendance included Black Ink Crew, Freestyle Alex from Freestyle Mania Studios, Robbie Ripoll, Ink Master contestant out of Operation Ink in Lafayette, Indiana. Wherever Villain Arts lands their show, they make a point to promote the local artists from that area.

“We try to really push the envelope get as many of the top tier artists as we can,” Tempel says. “We feature a lot of TV stars, but we try to incorporate different levels of tattoo history into our shows to kind of showcase where tattooing came from. It’s neat to see people who have been tattooing locally for four to five decades come and hang out at the show.” 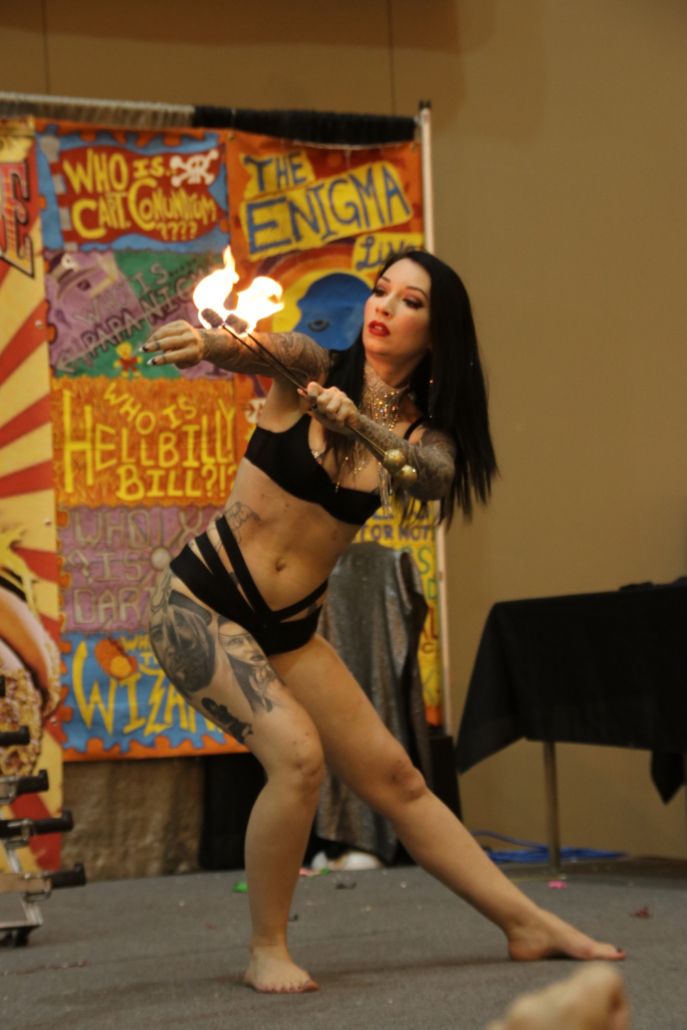 Villain Arts also makes a point to spread the word about their shows not just to the tattoo community, but also the average joe, which helps to grow the tattoo consumer market in the areas where we put on the shows, and with that, they also shine a light on educating the public about health and safety issues surrounding the tattoo industry. SanaDerm is a regular sponsor of the shows offering free tattoo wraps for the newly inked.

“We want the crowd that was their to come and support those artists, and that goes for local artists and shops too. It’s like supporting local bands before they make it big,” noted Dr. Blasphemy.

“People know a lot of these artists from seeing them on TV or reading about them in magazines or websites, but it’s something else to see them in person,” Tempel adds. “A lot of the artists won’t book up in advance because they want to give the local clientele the opportunity to get tattooed.”