It seems that trend these days among tattoo shows is going away from mega-events and more towards what you might call family affairs. With just over 40 artists, the Inked Hearts Tattoo Expo, hosted by the Blue Lake Casino & Hotel in Northern California, may be one of the smallest — but most loved from tattoo artists and guests alike.

“Many of the same artists have been coming for the last few years, and because it’s smaller, we get to talk to each other and learn from each other. 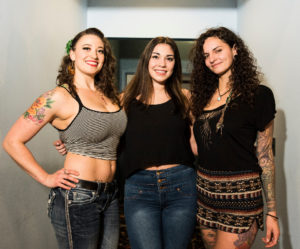 It’s not just the work weekend,” says Amy Marks, who with husband Ted are organizers on the event. “All of the attendees say they love our show because their artists come back, and they can keep getting work from them.”

The by-invitation-only event draws artists from all over the map. Among those representing were Texans Liz Cook, Tye Harris and Joshua Carlton, Salem Ofa from San Francisco, Oregon’s Casey Sheehan. Liz Venom, owner of Bombshell Tattoo Galerie in Canada, who currently tattoos in Brisbane, Australia, swept the awards, winning Best of Day and Best of Show trophies. 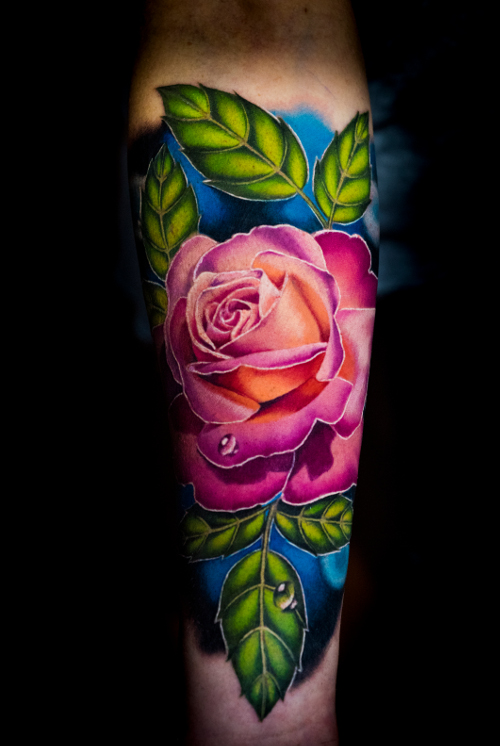 “As far as tattooing styles, we try to bring in a bit of everything. Just being in Humboldt, we’re very nature-oriented up here, and we like our redwood trees and animal tattoos, so we always try to get those artists book up so fast. Liz Venom (for instance) is known for her realistic flowers and crazy colors — she’s a quiet, shy girl, but she just sits there and put her head down and works the entire time.”

Prizes for the winners in the tattoo contests were provided by Fusion Ink and Ohana Organics aftercare products.

Inked Hearts is a family-friendly event, and there was something for everybody. This year’s show included a Bulldog Beauty Pageant, Hot Guy / Hot Girl Pageant, and ‘Wings of Death’ hot wings eating contest, hosted by Humboldt Hotsauce. 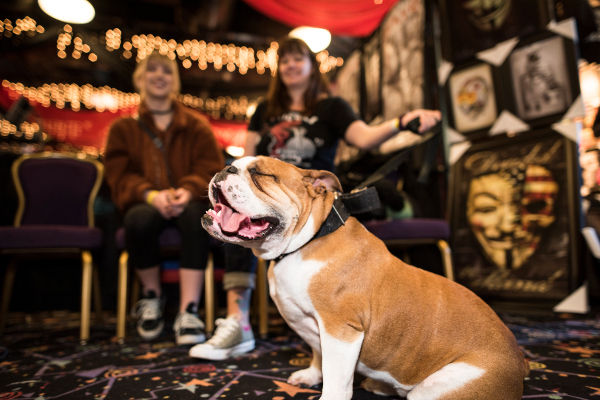 Family-friendly and dog-friendly enviroment at the casino

If you think getting a tattoo hurts, you should try eating a dozen hot wings in under three minutes without drinking milk to douse the fire.

“It was ridiculous —- they just walked by with the wings and people’s eyes started to water,” Amy says. “There were people crying, and one guy actually passed out.”

Being that Inked Hearts was held at a casino resort, there was no reason to leave for the after-parties, and because of the venue being open 24 hours, artists were able to pack as much work as possible into their schedules.