Bangor, Maine, is known as the home of horror writer Stephen King. So, it’s only fitting that it would be the location for a gathering called Devil’s Half-Acre Tattoo Expo.

Baron Von Geiger is the man behind this newest tattoo expo, and as he tells it, Devil’s Half-Acre — or Satan’s Playground, as local historians refer to the notorious stretch of riverfront, was where loggers, sailors, and other working men gathered to spend their hard-earned cash on whiskey and women after Maine became the first state to pass Prohibition in 1851.

Baron himself is an oddity. Billed as the “World’s Strangest Strongman” Baron holds the World Record for extreme pierced weight lifting! Over 100lbs with both ears! He can also lift objects with hooks in the eyes as well as many other traditional sideshow acts. A former professional piercer, Baron has appeared in countless tattoo magazines and showcased his freakish feats at the Tattooed Kingpin Tattoo Conventions. He felt it was time to bring a bit of alternative culture to his home town. 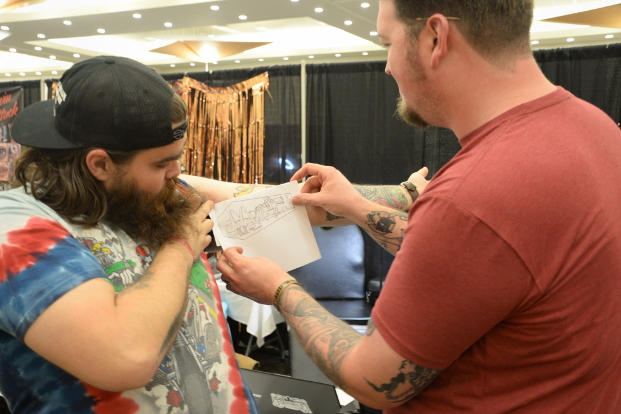 “Back in the 1990s, when there were only a half dozen or so tattoo conventions in the United State, Maine was one of those spots. For whatever reason, Maine fell off the convention scene. There are really good artists in Maine, but people don’t get the chance to see what else is outside their own backyard,” Baron says.

The goal was to bring in a wide variety of artists and styles and make sure that people had the opportunity to see body art from all over the world. For its first year, Devil’s Half-Acre Tattoo Expo hosted 70 artists in 45 shop booths and 14 vendors. Among the names from the New England region were Matt Brown and the crew from Underworld Tattoo, Chad Chase of Venom Ink and Chris Dingwell from Squirrel Cage Studios — Chris is the tattooer who made news recently for a giant black & grew portrait of the infamously hated Jar Jar Binks that he inked on a client’s back. 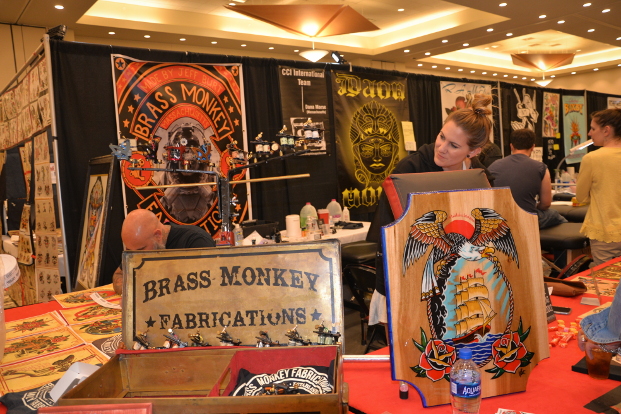 With the internet as a search tool, Baron was able to track down the best artists from far and wide.

“I got banned from Instagram probably every day for weeks from just sending out invites,” he jokes. “The artists had to send in their portfolio to be approved by our selection committee, but with Instagram, I was able to see the artists’ work and also know that they were actively tattooing.”

Guests entering the expo walked through a giant demon head, and that’s just where the sideshow atmosphere got started. Baron emceed the show and performed some of his stunts, a DJ was spinning tunes and Veeda Sucia entertained with her modern burlesque routine. 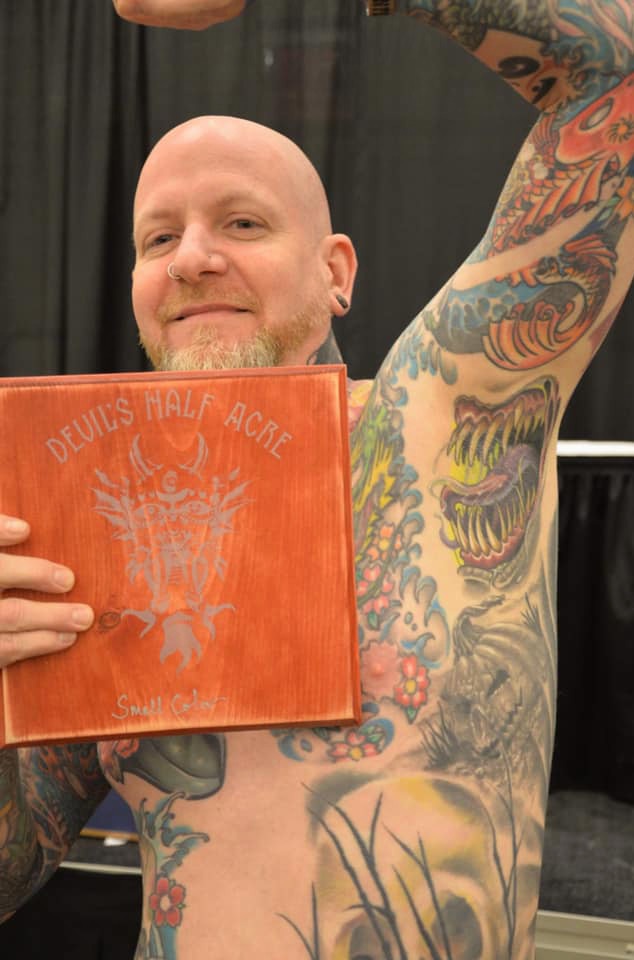 “At the end of the show we did ask them the artists for comments and their critiques on how we might improve for next year, and we got a lot of positive feedback,” Baron adds. “We are super appreciative of all the artists who were willing to take a gamble on a first-year show. We’re really excited because the artists want us to do it again and so do the city and the convention center.”