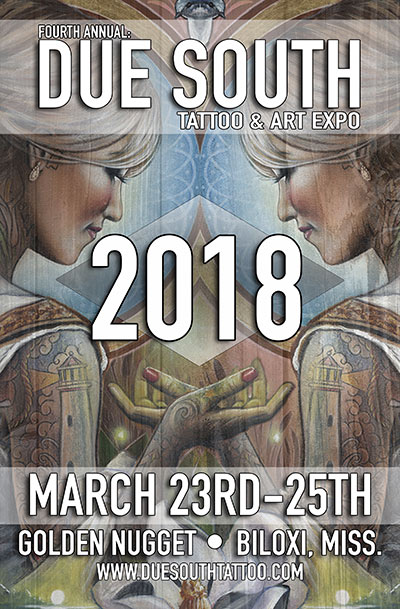 “My goal is to bring the art of tattooing to the masses of the Gulf Coast,” says Matt Stebly, owner/artist of Twisted Anchor Tattoo Gallery, in Ocean Springs, Mississippi, and founder of the Due South Tattoo & Art Expo. “I want people to see first-hand the kinds of amazing tattoos they can get as well as the other kinds of art that these tattooers are making.”

Now in its fourth year, Due South brought in 120 talented tattoo artists from Texas all the way to Florida and then up the East Coast. Stebly gives big props to his shop manager Christina Jackson, who he says is the, “Mastermind behind it all,” when it comes to organizing the event. 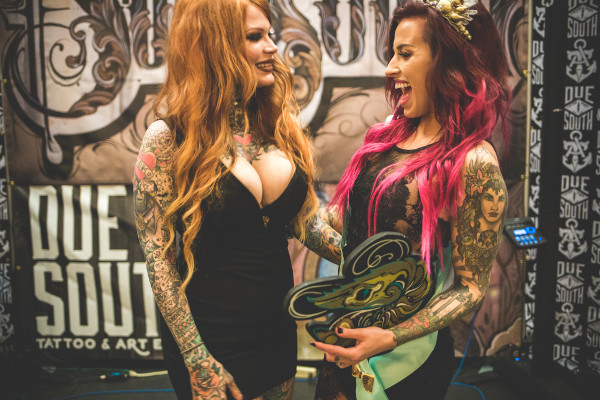 “There are so many types of tattoos now and we want to have something for everybody.” 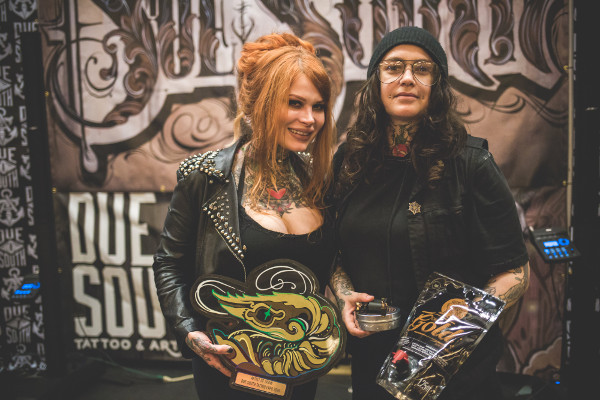 “The tattoo industry is filled with more artists now than just ‘tattoo artists’ — men and women that specialize in putting art on skin are also putting art on canvas, paper, and other mediums,” Stebly adds. “I believe the tattoo industry, as a whole, will become more and more appreciated and considered a true art form like painters and sculptors, especially in a place like Southern Mississippi.”

Jay Joree, Last Angels Tattoos in Dallas Texas, who specializes in neo-traditional/geometric work, was named Artist of the Show, and Best of Show went to Levi Hilton, owner/artist at ImmovableTattoo in Bossier City, Louisiana.

Due South drew more than 1,300 tattoo fans. Going with the theme of having something for everyone, there were live bands, a tattoo model pageant, art show, and live painting demonstration by Gulf Coast artist Robby Amonett. For the tattooers there were seminars in The Fundamentals of Character Design with Frank La Natra, and “The Illustrative Attack” technique and process from paper to tattooing with Dave Tevenal. 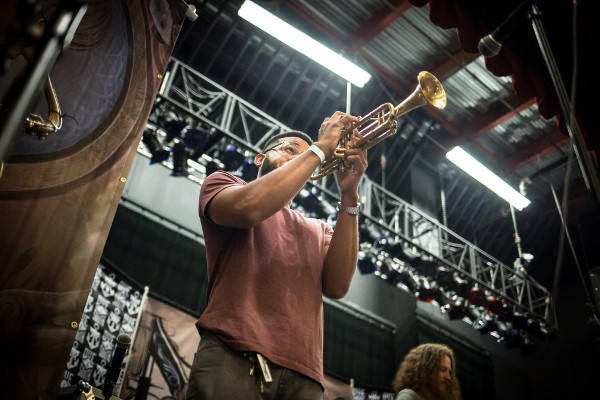 “With social media, it’s easier to find out about tattooers, but an event like Due South allows them to meet in person whereas they might not otherwise have that opportunity,” Stebly says.

“The biggest issue going down here is that there are tattooers who spend their entire career working in one shop — they may be the best tattooer in that shop, but they’re not going to get any better without that kind of motivation and seeing what other artists are doing,” Stebly adds. “It’s a group effort — we’re all in the same profession and we’re trying to make everyone better and raise the bar for the entire industry.