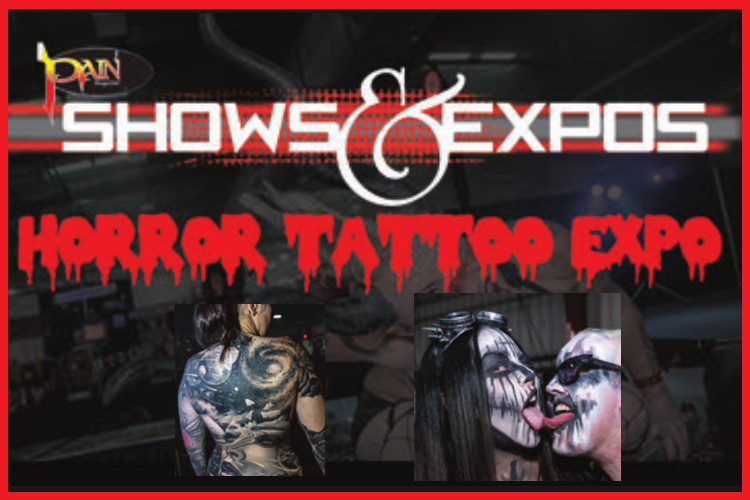 As if there aren’t enough oddballs in the tattoo community already, Body Art Expo took the freak factor to another level, transforming the Arizona State Fairgrounds pavilion into a giant haunted house with spooky lighting, fog machines and monsters and psychopaths walking the floor frightening the daylights out of people.

Body Art Expo has been producing trade shows for 26 years — everything from bridal fairs to computer expos. They entered the body art community in 2004, and changed the game for tattoo shows, taking them from local get-togethers to full-on major events. That first tattoo expo in Pomona, California was so popular that it drew more 40,000 in attendance and clogged traffic on the 10 Freeway. TV producers caught wind of the new tattoo craze, and it wasn’t long before soon-to-be celebrity artists were discovered at the events. The company now stages the three major tattoo expos throughout the year in Pomona, San Fransisco and Phoenix. 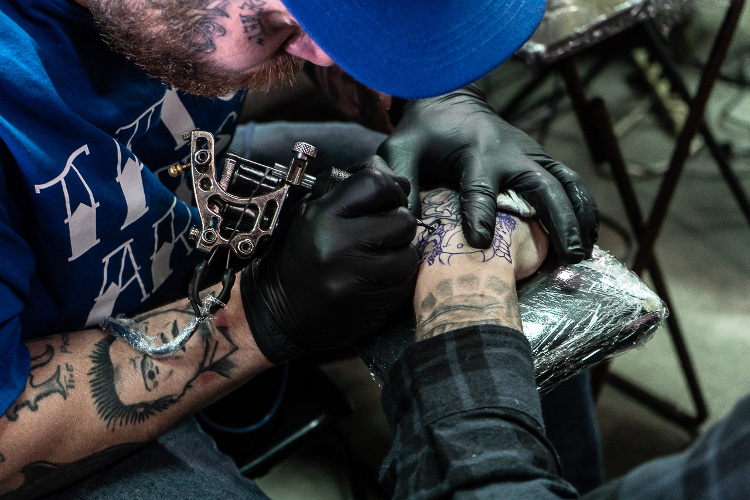 The Horror Tattoo Expo is their newest —- and most frightening event. And it did even happen during Halloween!

“Horror is a full on lifestyle that people are into horror 24/7. It’s a very enticing and dark industry and people love it. It makes sense to people and gives them purpose. Some people really like Christmas and others really love graveyards and tombstones,” says Creative Director Payton Anderson.

“Horror encompasses so much,” Anderson adds. “Within the tattoo community you’ve got these insane artists who are into amazing photorealism and you also have people rocking neo traditional or straight up traditional classic tattoos of tombstones and jack-o-lanterns.”

More than 350 tattoo and piercing artists representing 117 studios from the Southwest region and for that matter, all over the U.S., showcased their talents to more than 5,000 attendees during the three-day Horror Tattoo Expo. 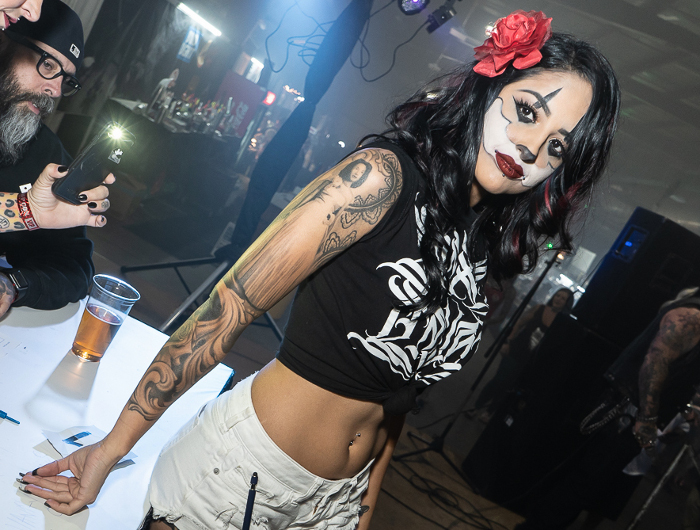 If you can say anything about the Horror Tattoo Expo, nobody was worried about needles when there were so many other scary things roaming about.