Jon Thomas is the owner of Tattoo Angus and Spider Bite Body Piercing, in Manchester, New Hampshire, and as far back as 2000, he and his shop manager Mike Boisvert were attending various tattoo shows around the New England area. What they discovered were that a lot of the shows left something to be desired in the way they were run and organized, and frankly, they felt they could do it better and decided to start their own.

The Live Free or Die Tattoo Expo is now in its 13th year, and true to their promise, Boisvert, who coordinates the event with the help of Jen Kolhut, Lacey Fugere and Morgan Mitera, says things went off without a hitch.

“Everybody was busy, made money, had a good time and was entertained — that’s what we strive to do,” Boisvert says. 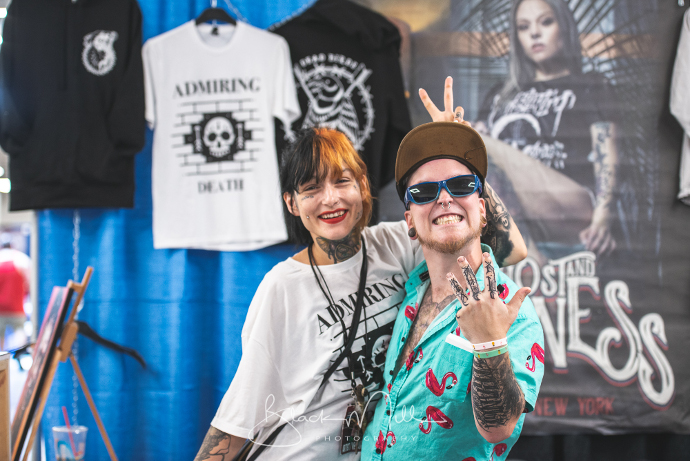 “We have a lot of repeat artists; some who’ve been with us from year one they’re still showing up, still taking home awards and still having a blast,” Boisvert adds. “With some of the artists, this is the only show that they do.”

The majority of artists come from the New England region; the rest from across the states and international locations. 2019 brought a tattoo artist and a barber all the way from Italy — yes, an actual barber who was giving haircuts! 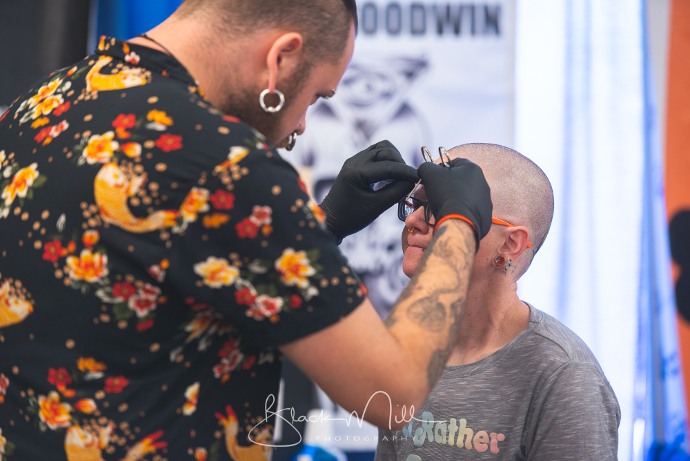 Bill Rhine, a tattoo artist at Tattoo Angus and a longtime member of the expo team, passed away shortly before the event this year. He was remembered with a memorial tribute. “He’ll definitely be missed by a large chunk of the community,” Boisvert says

“We have a really awesome tattoo community in New Hampshire,” Boisvert adds. “There’s a lot of shops that are very close knit and we work really well together — and it’s more of a community rather than competition.”

With LFOD drawing 3,000-plus tattoo fans from New Hampshire, Vermont, New York, Maine, Massachusetts, Rhode Island, Delaware and Connecticut, organizers try to have something of interest for everyone. This time they brought in panel of horror movie celebrities: Lou Temple and Vincent M. Price, from The Walking Dead, and Alex Vincent AKA Andy, from the original Child Play movies, who brought along a screen-used Chucky doll with which fans could take a selfie. Other entertainment included suspension/burlesque artist Marlo Marquise, a mermaid themed pin-up pageant, and a beard & stache competition. 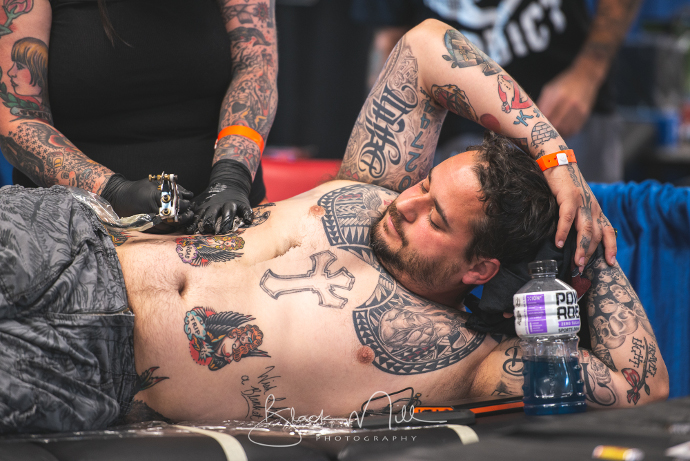 LFOD makes a point to stand out on social media before and during the show. Leading up to the event, they promote the attending artists so that people can book ahead. Once the show is live, they run live streams and keep everyone updated on what’s happening.

One thing that doesn’t change is the location. Since day-one, LFOD has been held at the DoubleTree by Hilton, which means everyone can stay and play. There are restaurants and bars just a short walk away. LFOD even validates parking!

“Manchester’s a really cool city as far as the different cultures that are here; they’re all kind of mix and it’s pretty cool,” Boisvert says.

“One of the greatest opportunities about going to a tattoo expo like LFOD is being able to meet new artists, and for the artists being able to find new clients that may turn into the longterm customers — it’s great way for everyone to network and see who does what,” Boisvert adds. “Our reward is being able to put on a kick ass show and knowing that everyone is leaving happy.” 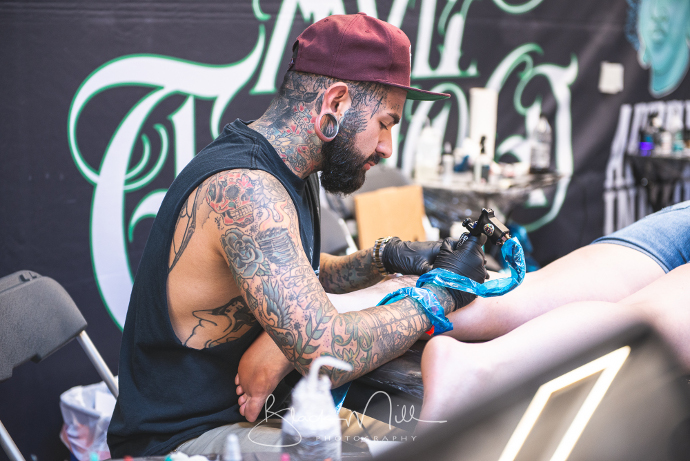 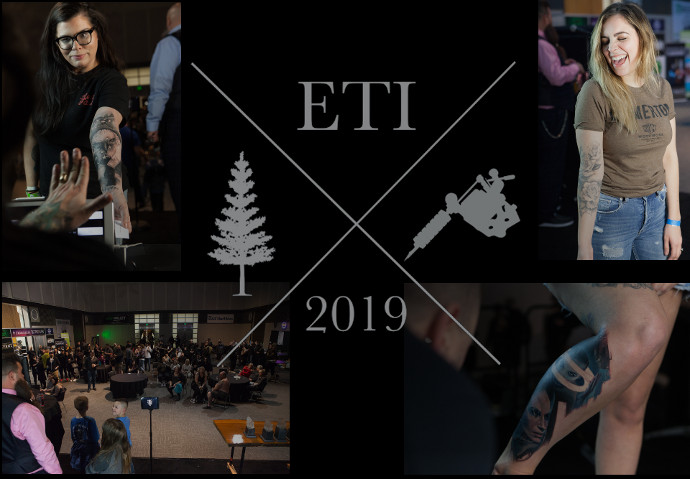 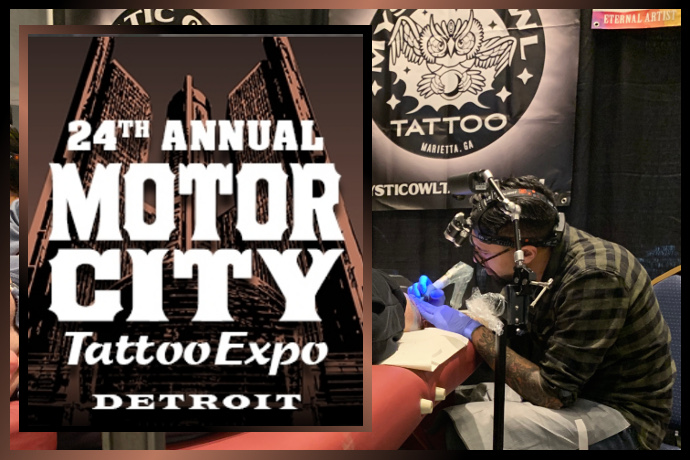