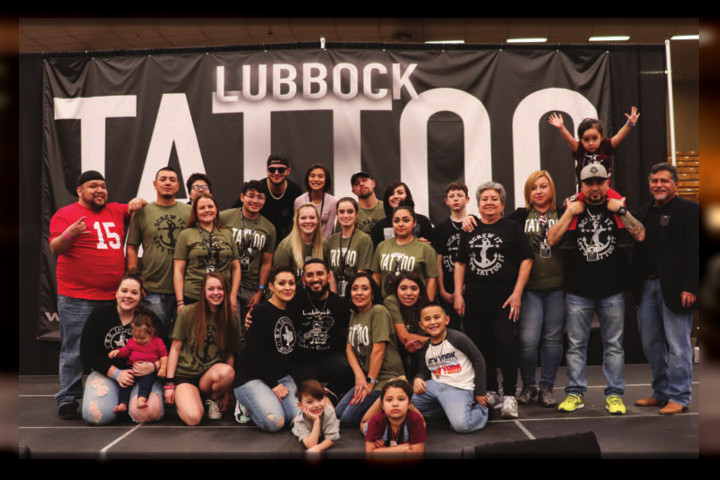 Lubbock Tattoo Expo February 1-3, 2019 Lubbock, Texas Texans have a lot of pride. So it’s no surprise that not only are the cities, the states and the steaks big, but events like the Lubbock Tattoo Expo, are impressive as well. Mike Diaz, tattooer and owner of Sunken City Ink, along with wife Stephanie and other members of their immediate and extended family, have been hosting the Lubbock Tattoo Expo since 2014, and every year it just keeps getting bigger. 2019 brought some 200 tattoo artists and piecers to the Lubbock Memorial Civic Center. Ironically, there are only a couple of shop in Lubbock represented at the show. The rest come in from other parts of Texas and around the country. Other tattoo artists that will be present at the expo include Tiffer Wright, Linzy Michelle, Josh Payne, Frank Ready III and Chris Sparks of Ink Master; Billy Weigler of Folklore Trading Co.; Jay Melecio, Chris Vargas, Noel Mendoza, Dillon Duncan, Lorenzo Perez, and Brandon Biggs of Sunken City Ink. 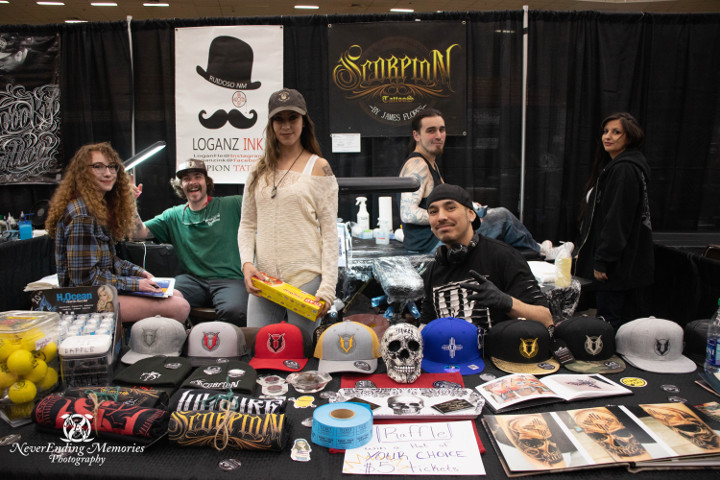 Diaz, a contestant on Inkmaster season 10, remarked that each artist typically finishes six to eight tattoos throughout the three days of the event. Do the math and that’s over a thousand pieces of fresh ink. “We are just simply a show put on for the artists ,” Diaz says. “There aren’t any gimmicks and we’re not trying to pack a ton of artists into one building so we can make money off selling booths — we’re trying to make money for EVERYBODY and show them what Lubbock is all about and make sure they have a good time.” “Every year we promote the show as hard as we can—— the goal is always for the artists to make money,” Diaz adds. “We’d rather that artists be booked out and overworked rather than be so bored their left tattooing each other.” Brandon Albus, from Dark Age Tattoo Studio, in Denton, Texas, won Best of Show honors for the third time. There wasn’t a single artist that swept the daily contests. The judging was different from at your usual tattoo show in that the panel was made up not of tattoo artists, but rather senior painting and graphic arts students from the local college. “The thing about having tattoo artists as judges is that we’re too friendly when we’re judging other tattoo artists. The art students are harsh critics,” Diaz says, “they look at a piece from the whole technical aspect of it, such as the design and composition, instead of giving it a high score just because they like the subject matter or appreciate all the time and work that went into it.” The Hole in the Wall is another unique happening at the Lubbock show. Customer pay $25 for a simple blackline tattoo — the catch is that they don’t know what they’re going to get. They stick their arm, leg, head or whatever other body part will fit through a hole in screen and the artist on the other side gets to decide the subject matter. “Even though the person doesn’t have any idea what tattoo they’re going to get, they really have fun with the experience and likely end up with a tattoo they never would have thought about getting,” Diaz says. “It’s crazy how many people love getting that kind of tattoo. 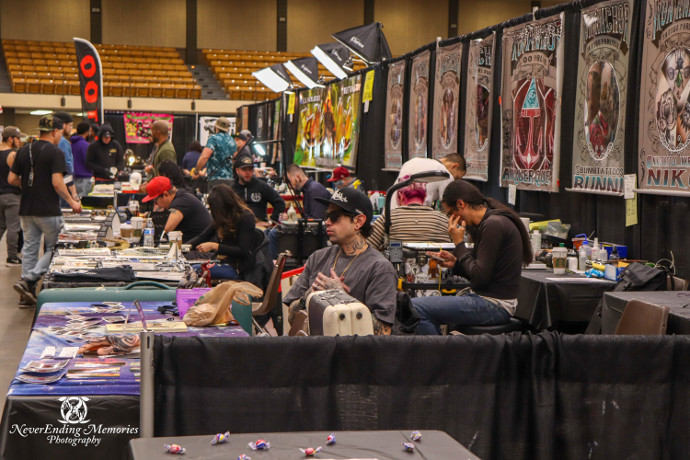 Obviously, managing a tattoo show leaves the organizers themselves zero time to tattoo. But for Diaz, the experience is much broader than just putting ink to skin. “It’s about being able to bring artists to Lubbock and show them my city and at the same time being able to bring the tattoo culture to the people of Lubbock and show them what the industry, the art and the people are all about,” Diaz says. “It’s always a positive thing — the artists love Lubbock and Lubbock loves the artists.”