Prescott, Arizona might not be the first place you think of for hosting a tattoo show. It’s a small mountain town in the northern part of the state with a population around 42 thousand. Add in that the Northern Arizona Tattoo Fest happens annually on the Fourth of July weekend, and you might wonder how they’d be able to attract anybody at all.

But as Tony Carey, who with wife Adrienne, puts on the show, points out, that specific holiday is a big deal in Prescott, bringing in upwards of 30 thousand visitors for Prescott Frontier Days and the World’s Oldest Rodeo.

“We have a really enthusiastic tattoo scene in Prescott,” Tony says. “It’s odd because Prescott is a retirement community, but the opposition to that is a lot of people have a lot of big tattoos and get excited about all different styles.” 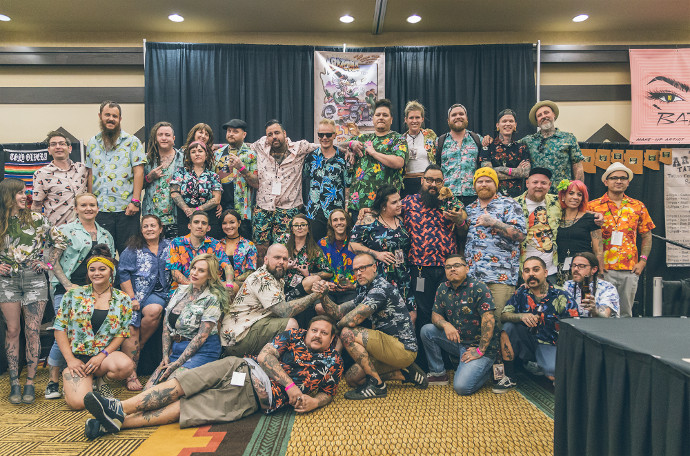 The Northern AZ Tattoo Fest is an invite-only event. Now in its seventh year, the show caps the entries at 65 booths and 145 artists from the national and international tattoo scene.

“When we started out, it was just friends and friends of friends, and as the show has grown, we’ve been able to filter in new people, and a lot of the artists are the same ones that visit every year,” Tony says. “We want to promote high end tattooing, but also we really try to represent all styles.” 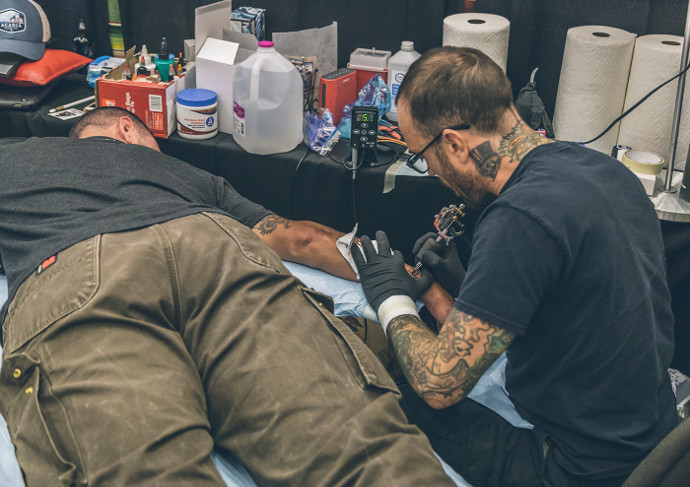 “Prescott’s slogan is, ‘Everybody’s Hometown,’ and that translates to what we’re doing with the tattoo festival as well,” Tony says. “The event ends up being like a summer camp for tattooers.”

The focus is on tattooing, but there’s also some live music to keep the vibe hopping. One of the traditions started by the artists attending is a Hawaiian shirt day, and plans are in the works for a Hawaiian luau to kick off the event. 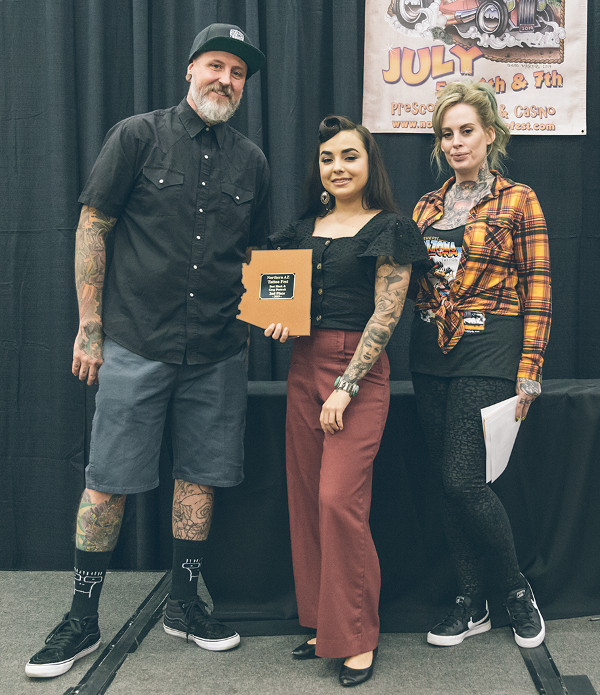 Even if people didn’t leave with fresh ink, they could take home a souvenir in the commemorative poster designed each year by a different Arizona tattoo artist. This year’s Rat Fink hot rod themed poster was the work of Tony Olvera and Mario G from Lady Luck Tattoo Gallery in Tempe.

“From a tattooer’s perspective (being involved with a smaller event) sets a certain bar and allows maybe some bigger and higher caliber artists to feel comfortable jumping on board,” Tony says, adding that it also means every artist can stay busy tattooing, which is a bit reason for coming in the first place. “I feel it resides on my shoulders to give confidence to the people that are traveling from all over that we’ll keep them busy.”

“The demographic here that gets tattooed are also pretty well educated as to what a good tattoo looks like,” Tony adds, “so it’s easy for them to see the merit in the art from the people that are part of our show.” 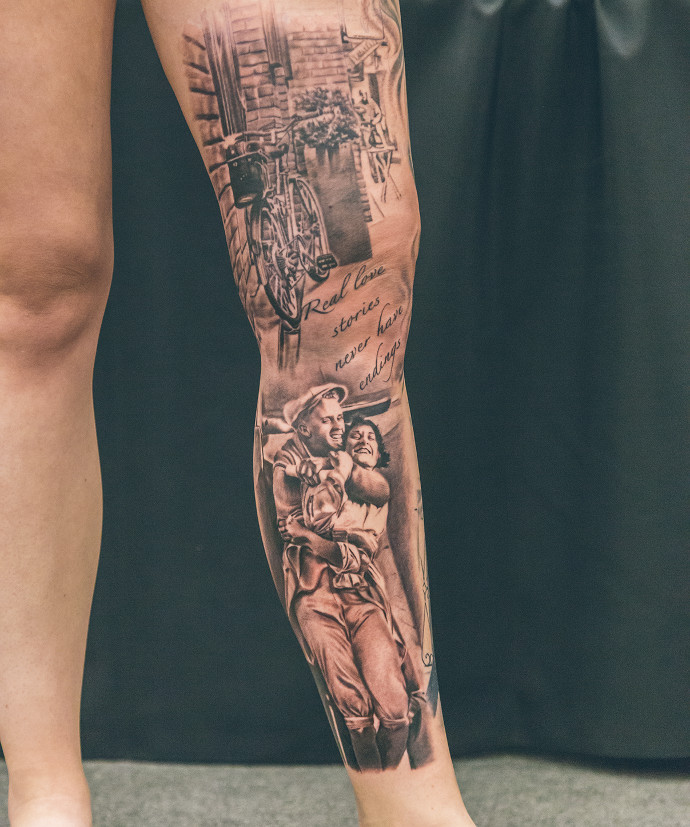