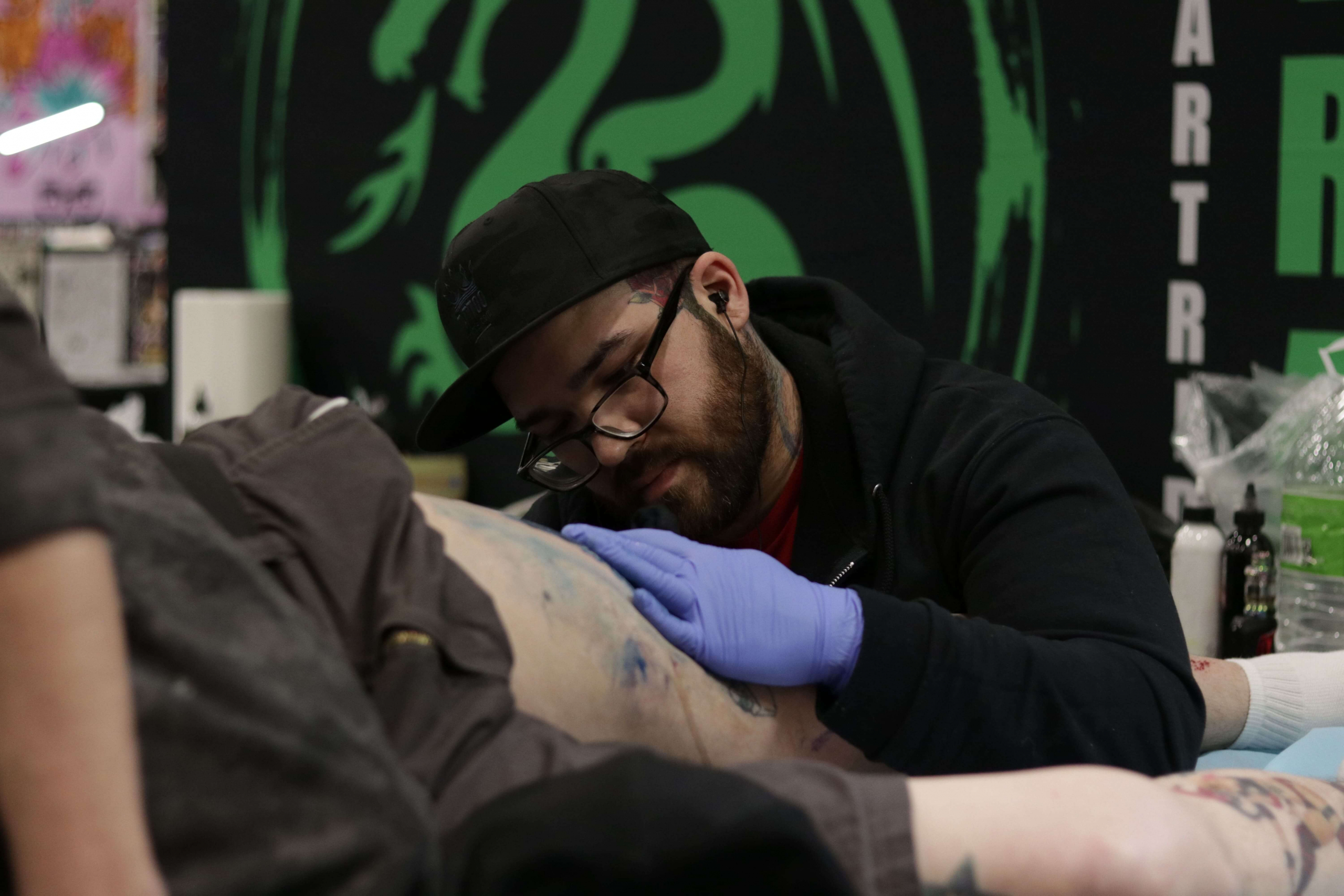 Iowa in February is the perfect setting for a tattoo show. With temperatures barely reaching the freezing level, only the bravest (or craziest) people were showing skin outside, but inside the Mid America Center the atmosphere was warm and welcoming at the 2nd Annual Council Bluffs Tattoo Arts Convention.

According to event emcee “Dr. Carl Blasphemy,” the Council Bluffs show, being in mid-America, has a more “exclusive” feel to it than many of the major shows. Still, 300 artists were in attendance and more than 5,000 tattoo fans visited over the three-day event.

We bring in a bunch of different high caliber artists, not only from the local area, but from around the country. We’re helping to expose people to tattooing other than what they see on television,” Carl said. “It was a really solid show — the artists were busy all the way up until we shut the doors.”

Florida permanent makeup artist Candy Dunbar is one of the regulars on the Villain Arts tour. Not only do she and her Ink Master husband Kyle tattoo at the shows, Candy is one of the official contest judges.

“She has a great eye and everybody respects her,” Carl said. “She will straight up tell you what about your piece put it over the top or why it didn’t win.” 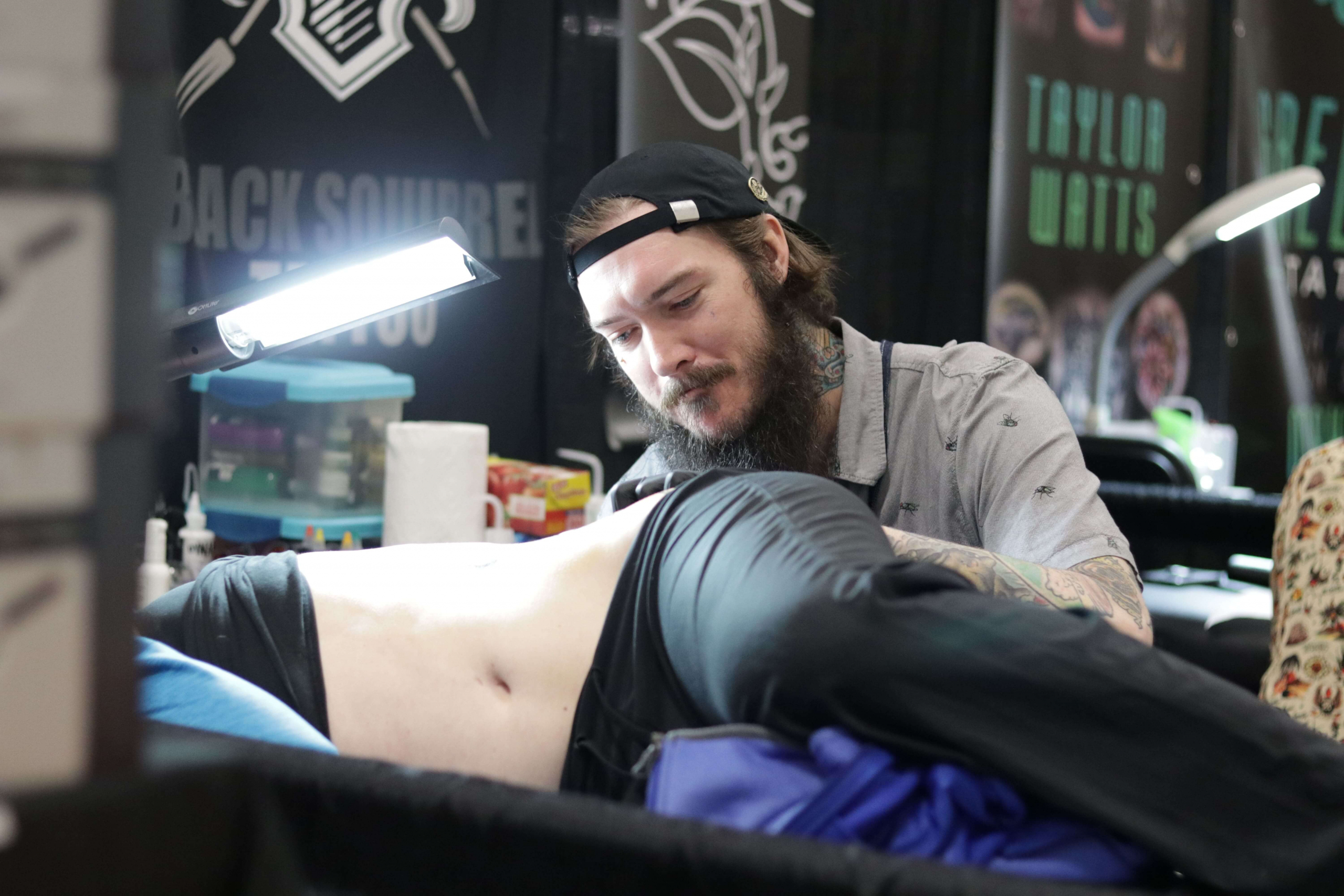 The convention featured not only live tattooing, but live acts including Alakazam the Human Knot, The Enigma, Olde City Sideshow and dynamic human suspension. One of the new additions to the Villain Arts shows is a giant projection screen which literally added another dimension to the stage acts and give people a judge’s eye view of the tattoos in the daily contests.

“This was a very leisurely, laid back weekend. Everyone who came to the show was really nice. There was a real family feel,” Carl said. “A lot of those who came out the first year we’re back again and it was great to see them and say hi.” If there’s a tattoo show happening it’s a good bet it’s put on by Troy Timpel and the gang at Villain Arts. They’re nearing two dozen shows a year including events in major cities including Atlanta, Chicago, Houston, New Orleans, Baltimore, Kansas City, Cincinnati, Cleveland, Minneapolis and Philadelphia. They’ve even expanded westward with shows in Denver and Portland. The month of April alone has Villain Arts setting up shop in Louisville, Asheville and Baltimore. “A big part of what we’re about is giving back to the artists and bettering the industry,” Carl remarked. “We’re crazy busy. It’s like, ‘Has shows will travel.’”