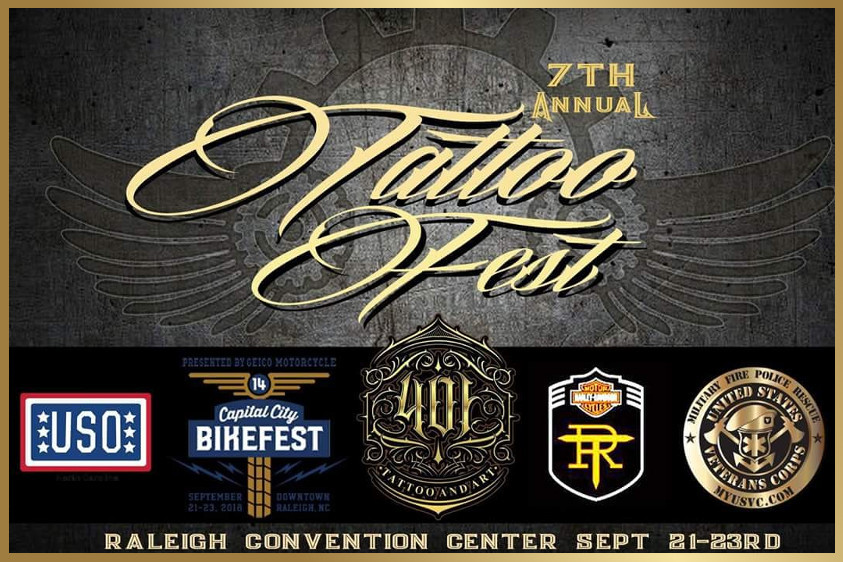 Nothing goes together better than motorcycles and tattoos — so when the Ray Price Capital City Bikefest and the Raleigh Tattoofest get together, you know it’s a party!

Bikefest, presented by GEICO Motorcycle, has been a southern tradition for 13 years, and Tattoofest, put on by Byron Wallace, the owner of Warlocks Tattoo and Body Piercing, joined the fun seven years ago. Held in Raleigh, North Carolina, both outdoors on Fayetteville Street and indoors at the Raleigh Convention Center, the twin-motored festival features a custom bike show competition 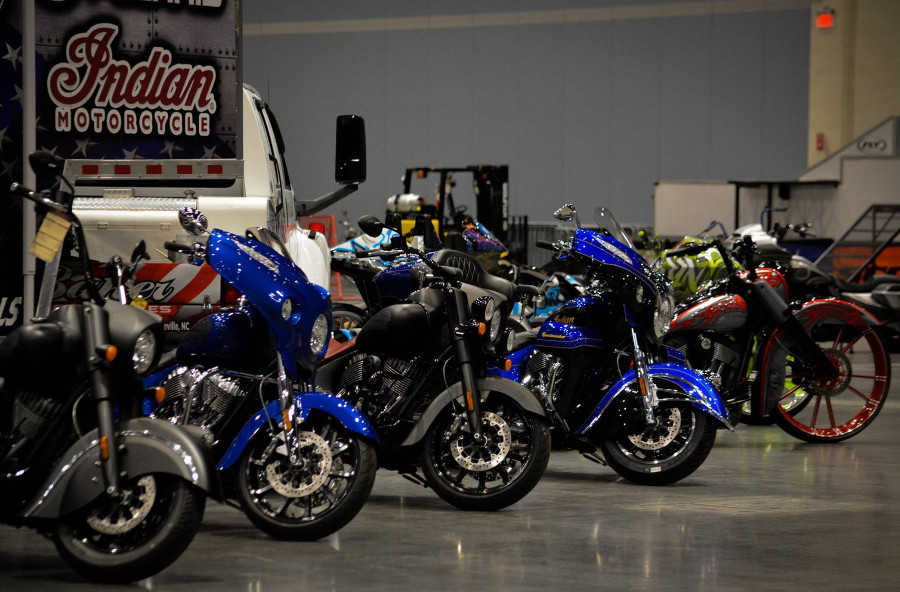 that attracts motorcycle builders from across the nation, live music, stunt shows and action sports exhibitions, and plenty of fresh ink flowing.

Builders and hobbyists show off the most radical designs in vintage and modern motorcycle fabrication, paint and engineering. In addition to the two-wheelers on display, the national Road Devils Car Club rolls out its Rumble in Raleigh, featuring hot rods, gassers, cruisers and low-riders. The music lineup is headlined by regional and national bands playing R&B, soul, funk, southern rock, bluegrass, honky-tonk punk, eclectic reggae, metal and traditional country. Over the years, the event has raised more than $135,000 for charity, and Tattoofest plays a big part in that with all proceeds from tattooing supporting the USO of North Carolina and the US Veterans Corps.

“I ride and I’m a Navy veteran, so between the military, motorcycles, tattoos 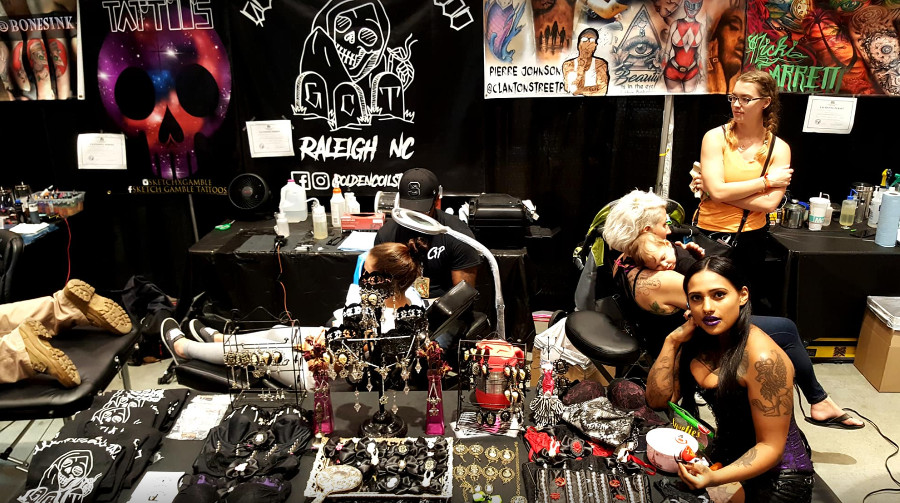 and music, it all meshes together really well,” Wallace says.

Tattoofest itself has humble beginings. It was originally just a handful of area shops taking part in the bike show at the local Harley Davidson dealership. It wasn’t until year-five that things moved to the convention center where there was room to grow. Tattoofest remained relatively small – compared to tattoo show standards, limiting attendance to just 50 artists representing studios from the mountains to the coastline of North Carolina and even a few from Michigan and Pennsylvania.

“We not focussing on any one style of tattooing, we like to go for quality 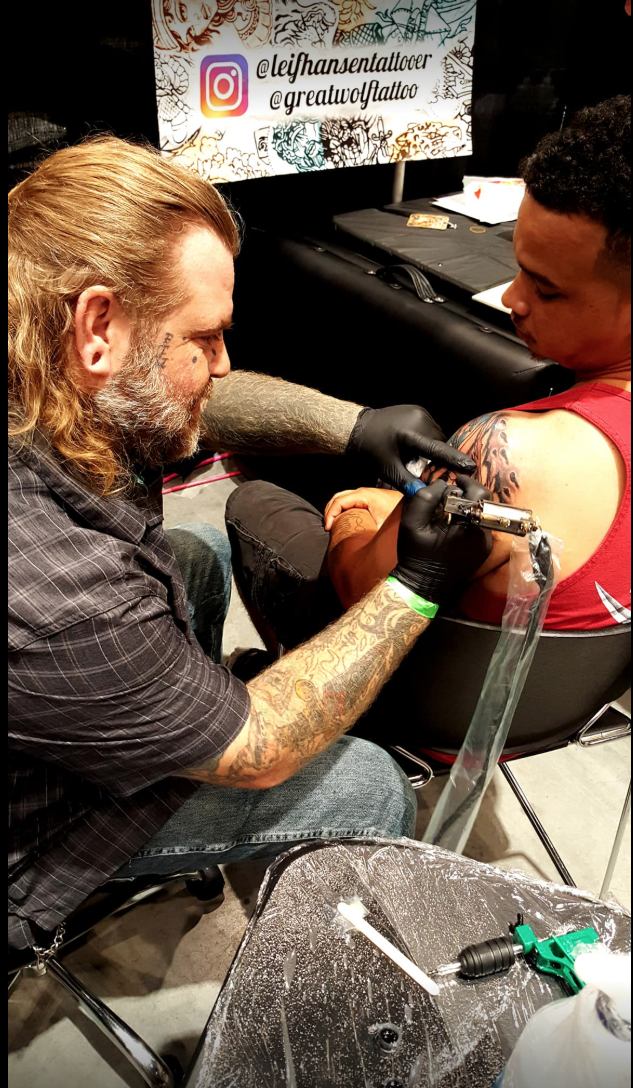 over quantity,” Wallace says. “I’ve attend a lot of the big shows, and even the heavy hitter guys sometimes aren’t working because there are so many artists — that’s why we keep it on a smaller scale.”

Obviously, there are going to be a fair share of bikers tattooed at the event, but ironically, Wallace says that it’s the “average Joes” who are there getting the most new ink. There’s all the usual tattoo contests, and of course a best Harley Davidson tattoo category. Tattoo of the Day winners collect an awesome one-of-a-kind awar — a handcrafted skull trophy made of ebony wood and Buffalo bone on an antique inkwell.

Wallace, who has been tattooing for 18 years, and a shop owner for the past eight, puts on Tattoofest pretty much single-handedly and will start getting things ready for next fall right after the new year. “It’s a lot of work, he says, “but I really enjoy seeing it all come together in the end and seeing all the artists enjoying themselves —- there’s a great payoff for everyone.”