Tattoo artists and promotor Mike Siderio always wanted to bring a tattoo convention to his hometown. With encouragement from good friend Tony Olivas, Mike decided to pursue that dream. But it wouldn’t be not just any tattoo show. Now in its tenth year, the Wildwood Tattoo Beach Bash is a full blown tattoo convention drawing tattooers and tattoo fans for a weekend full of incredible artistry and fun events. 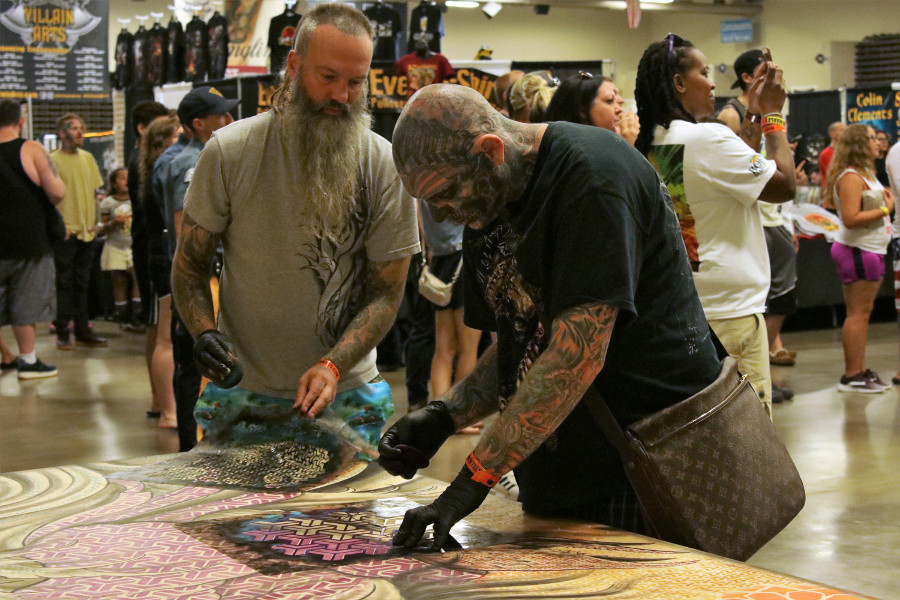 Being that the show is n such a unique venue — at the Wildwoods Convention Center, located on the beach and boardwalk in Wildwood, New Jersey, a lot of artists brought their families and stretched their convention weekend into weeklong vacation. Allisin Riot, from Ink Masters, arrived a day early just to go hangout on the beach.

“The convention provides a very relaxing atmosphere for the artists; it’s very laid back and family friendly show,” said emcee Dr. Carl Blasphemy. “Typically we’re trapped in a convention hall the entire time —- it was great to be able to take a couple minutes in the middle of the day to walk down the beach, take a dip in the water and then go back to work.” 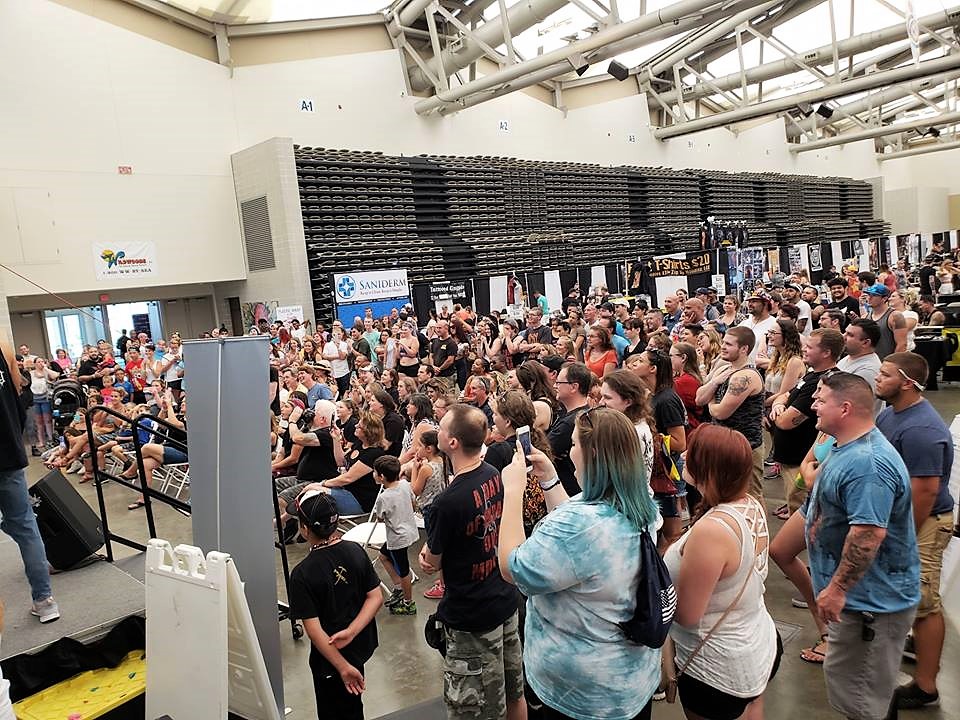 When the doors were opened at noon on the first day, a long line of people waiting to get into the convention. More than 400 artists were there to greet them. It was a who’s-who of celebrity artists including Jessy Knuckles, Halo, Kyle Dunbar, Kasey Gonzales, Mike Diaz, Alli Baker, Caroline Evans, Al Fliction, Cleen Roc, Cris Element, Emily Elegado, Sal Pipitone, Fame Montalvo and Jay Blondel.

New tattoos typically don’t mix well with sand and seawater. For those that had just gotten tattooed and wanted to hit the beach, Saniderm provided free aftercare protective wraps. 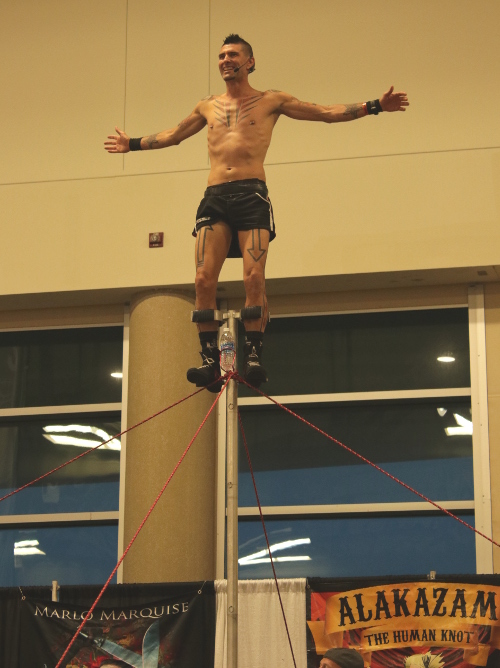 No boardwalk would be complete without sideshows. The Beach Bash entertained crowds with the likes Alakazam the Human Knot, Suspension Showgirl and Impalement Artist, Marlo Marquise, and the Lucky Daredevil Thrillshow, featuring husband-and-wife duo Tyler Fyre and Thrill Kill Jill and their three kids in a fast-paced and funny death-defying daredevil stunt spectacular.

Want to just hang — meaning, do a suspension? Those brave enough were allowed to do it right on the spot. Two people who’d never done anything like it in their lives stepped up and experienced a real-life suspension!

“We make sure there’s always something happening,” Carl said. “Between acts on the stage, everybody comes down to check out the artists and vendors. As far as people getting tattooed, artists were just bagging them out all day. It was a great weekend for tattooing — so much great ink was on display that we had to set up two judging tables for the daily contests!” 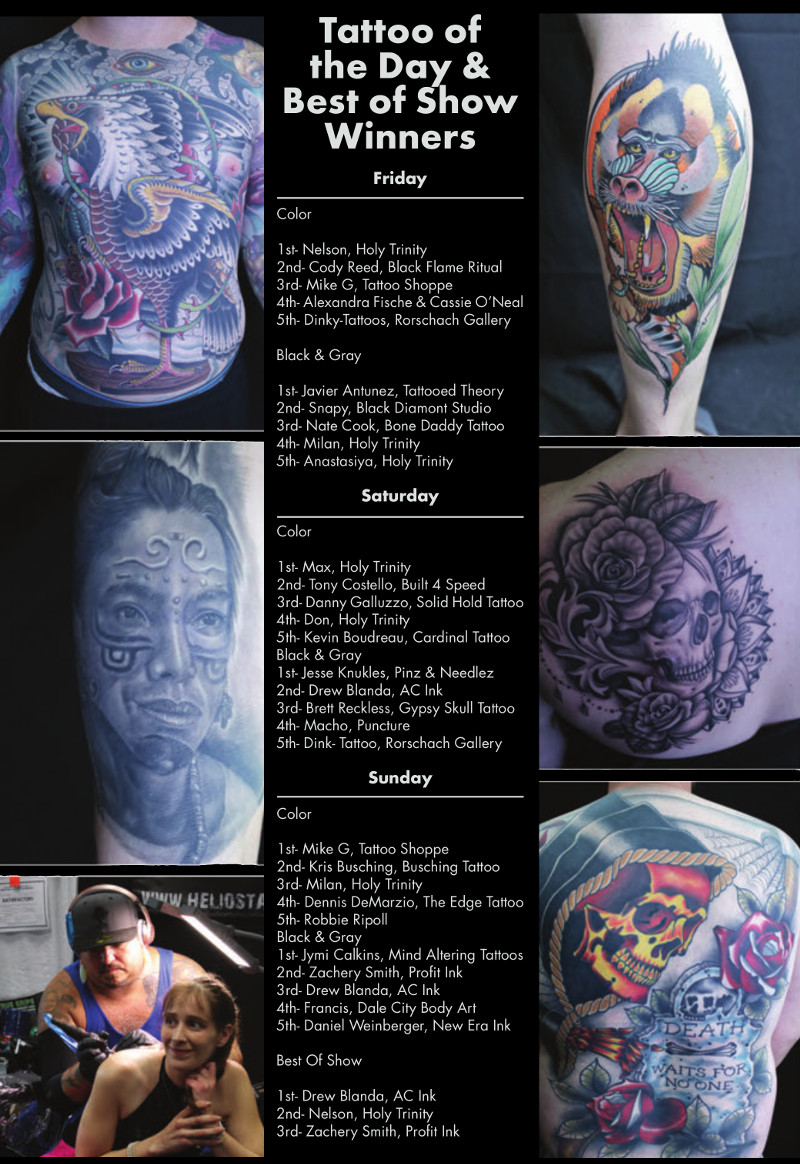